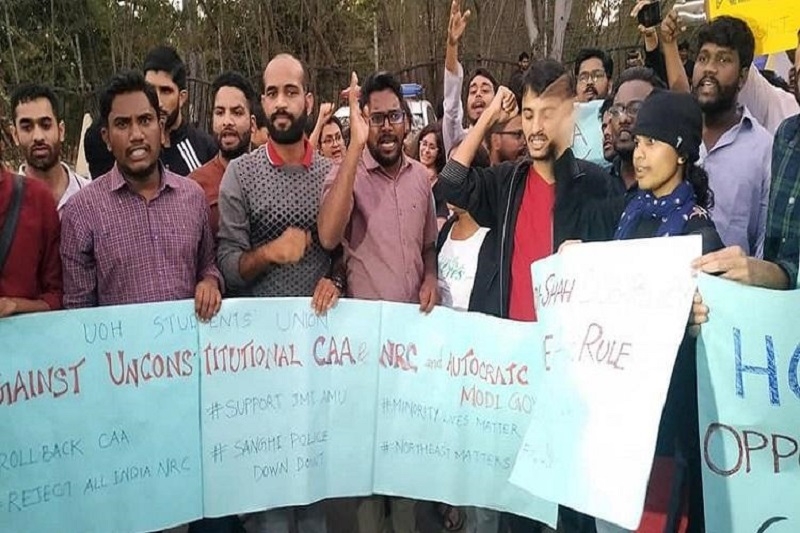 Protests and protests everywhere; all in the name of democracy! Double standards are quite evident in forms of protests rampaging India.

Be that as it may, let me highlight that protests are the natural fallout of social, political and economic inequalities, rampant corruption, unemployment, poverty and crime, apathetic state of judiciary, partisan media etc. Protests are the collective expression of sectoral interests of society.

Also, peaceful protests in democracy are justified; but not violent protests resulting in destruction of public and even civilian properties.

Delhi, the capital of India, can claim the dubious distinction of “Capital of Protests”. JANTAR MANTAR, RAMLILA MAIDAN, INDIA GATE and JNU are routinely in limelight.

Quite paradoxical, those political parties that have been responsible and accountable for imposing “Emergency Rule – 1975-1977”, spread gargantuan corruption and promoted and consolidated dynasties and kleptocracy, are today spearheading protests with slogans “Save Democracy, Bharat Bachao, Save Soul of India, Save Idea of India” and so on.

Debates/interviews are veering towards the dangerous trend of an exercise in hypocrisy, diversion, and counter accusations – personality vilification and denigration of the worst order.

Ongoing countrywide protests against CAA, instigated and led by opposition political parties are setting fires on very narrow sectarian polarization on ethnic, local, sub-regional and regional confrontations that does not augur well for maintaining peace, tranquillity and unity.

In retrospect, India is under perpetual seize from within – protests and protests all around 24x365. Never a dull moment for the media to sensationalize crises – adding more fuel to fires rather than dousing them.

Some media houses, in the name of freedom of press, are indulging in vituperative sensationalism – highly irresponsible and condemnable. In Hyderabad, purely episodic and localized protests at Maulana Azad Urdu University and Central University by students have been overblown as “Hyderabad City on Fire.” Whereas all courts, offices, colleges and schools are functioning in peaceful manner. Surely, such fake or fraud news coverage is unpardonable for stoking fires elsewhere.

Liberals, more aptly, pseudo liberals, drawing upon the quotes of eminent personalities, justify protests in the name of freedom of assembly, speech and expression vital for safeguarding the resilience of democracy. However, they do not believe in “exercising freedom with responsibility” and allowing protests to turn violent. Stone pelting by mobs is the new phenomenon even in Delhi and other places.

There are hundreds of quotes justifying protests from luminaries like M K Gandhi, Martin Luther King Jr., John F Kennedy, William Faulkner, H D Thoreau, Albert Einstein and so on. As per Martin Luther King Jr., “Protest beyond the law is not a departure from democracy; it is absolutely essential to it.” “If I were to remain silent, I'd be guilty of complicity.” And H D Thoreau stated “Disobedience is the true foundation of liberty. The obedient must be slaves.” Most telling is the quote of Gerard Way “Say what you want but you NEVER say it with violence!”

Let me also highlight that there are quite a few agreements like the 1966 International Covenant on Civil and Political Rights, especially Articles 18 to 22, that spell out the rights of freedom of assembly, freedom of association, and freedom of speech; but subject to limitations.

For example, the International Covenant on Civil and Political Rights contains prohibitions on "propaganda of war" and advocacy of "national, racial or religious hatred". And, it allows the restriction of the freedom to assembly if it is necessary "in a democratic society in the interests of national security or public safety, public order, the protection of public health or morals or the protection of the rights and freedoms of others.” (Articles 20 and 21). 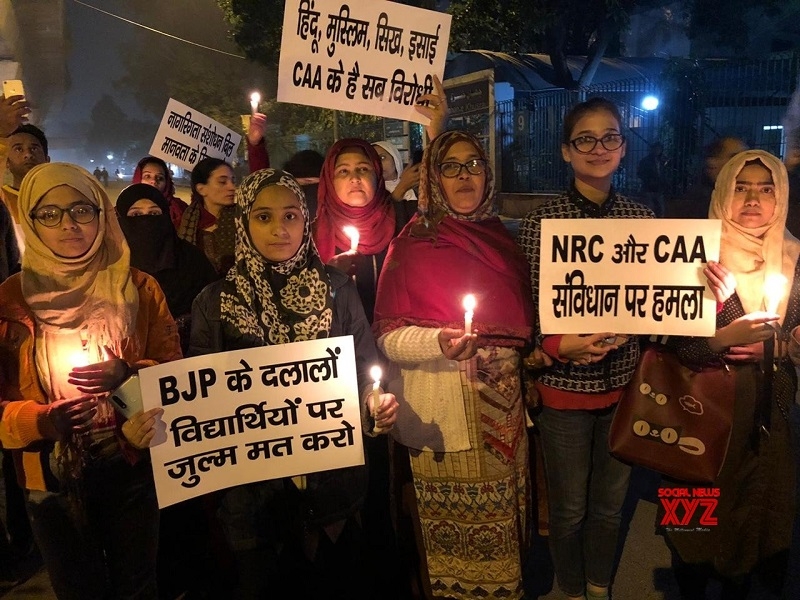 If so, violent protests must not spiral and pose threat to the interests of public safety and national security. Nor civil disobedience should end up violating the laws of the state and inflict paralysis. Protestors have no right to disturb peaceful law abiding fellow citizen’s activities by “Rasta Rokos/Rail Bundhs”.

Also, none have the right to destroy properties – government and private. Why are the media houses silent on the financial costs of burnt buses and damaged 2-wheelers in Delhi? If the losses on account of damages run into crores of rupees, why is the media not highlighting the issue and demanding the culprits to pay for the damages. Surely, tax payers need to know the realities.

Mob fury is unstoppable once it erupts. Mob violence resulting in damage to public property, loss of innocent lives and flagrant mockery of law enforcement agencies cannot be condoned, particularly when instigated by political leaders. Its result is clashes between police and protestors, which further escalate into violence what with barricades, use of water cannons, tear gas, rubber pellets and firing.

The most potent strategic threat faced by modern India is “Demographic Overstretch Trap”. Add to it, rapid natural resources depletion, which is a grim reality. And, political leadership in pursuit of power perks and privileges by hook or crook are unmindful of the most critical strategic threats engulfing the nation.

Indian economic mess or crisis is the product of 70-years gross mismanagement. Viewed in such a backdrop, inclusive growth is a virtual impossibility what with scarce resources and gross mismanagement by ruling elite. So, there will never be any dearth of cause’s political parties to exploit particularly when out of power. Ultimately it is the question of choosing of timing by political parties – opposition and ruling - to create protests.

Many decades ago, experts drubbed India’s democracy as “functional anarchy”. Democracy has been traversing on the course of decline. The murky electoral processes have facilitated “Dynasts” and “Kleptocrats” to hijack democracy.

The blame squarely rests on the “Nehru-Gandhi” dynasty for breeding neo-dynasties at all levels: local, regional, sub regional and local SATRAPS, besides the raise of the “Kleptocrats”.

So, they want status quo to persist for it best suits their interests. And, they will resist “Change” at all costs. Their strategy is simple – divide society, appease minorities and rule. For short term political gain, such leaders would resort to all crooked ways and means at the cost of public safety and national security.

Yet another significant issue that may envelop society is “Polarization”. Let me draw the attention of all alike the “Newton’s Third Law of Motion” - for every action (force) in nature there is an equal and opposite reaction.

The ongoing protests are bound to accelerate the process of “polarization” of society on narrow sectarian lines – majority vs. minorities in different and diverse scenarios that exists in the country.

The ongoing violent protests as harbinger of communal carnage far more vicious than what happened in 1947 is a distinct prospect, if the political parties and the partisan media are hell bent upon promoting and instigating violent protests.

In sum, if the nature of protests in being and making do not change their declining course and revert to Gandhian ways of peaceful protests, sooner than later nation is bound to plunge into uncontrollable anarchy and chaos. Autocracy with populism will gain ascendency even in India.