New Delhi, December 2: Gearing up closely towards fortifying the strategic capabilities of the defence force, the Border Security Force (BSF) is working on technical solutions to combat the threat of rogue drones along the India-Pakistan International Border. With new threats come new challenges and the Indian Security Force has sought ways to deal with these by enhancing and boosting new technologies. Focussing mainly on the borders, the security system dwells on improving vigilance with strong strategic capabilities. 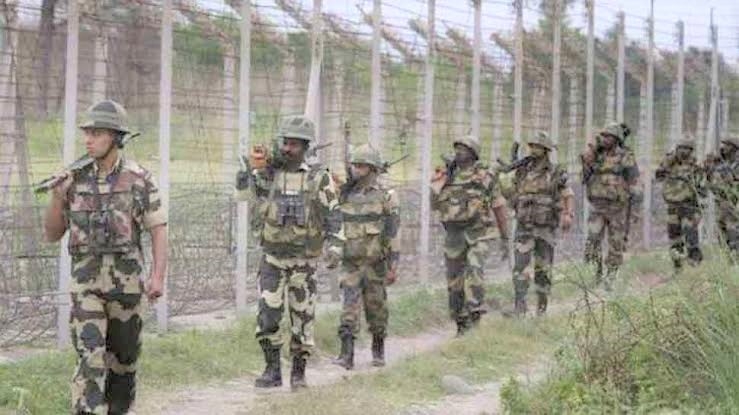 Addressing the 55th Raising Day event of the force at a BSF camp in New Delhi, the DG said the Line of Control (Loc) in Kashmir and the International Border in Punjab have become “operationally sensitive” in recent times. “We have received reports about the activity of drones along the western border front (along Pakistan) in the recent past and we are working on technical solutions and taking important steps to tackle this issue,” DG Johri said.

BSF Director General V K Johri also said that the force has expanded its “strategic capabilities” by using new technology and intelligence to guard the over 6,386 km long borders with Pakistan and Bangladesh.

He added that anti-India forces are continuously trying to infiltrate across the border and the BSF is alert “all times” to thwart these bids. The about 2.5 lakh personnel strong BSF was raised on this day in 1965 and is primarily tasked to guard the India and Pakistan borders apart from rendering a variety of roles in the internal security domain.

The vital role played by BSF in safeguarding the nations have made the citizens of India feel safe mainly because of the jawans' promptness on the world's most sensitive international borders. Efforts are being made to infiltrate and smuggle, by the country's enemies, but BSF jawans are thwarting the attempts with their promptness. BSF are regarded as the guardians of India’s frontiers and the country’s first line of defence and their dedication to serve their motherland in extreme conditions is at par.