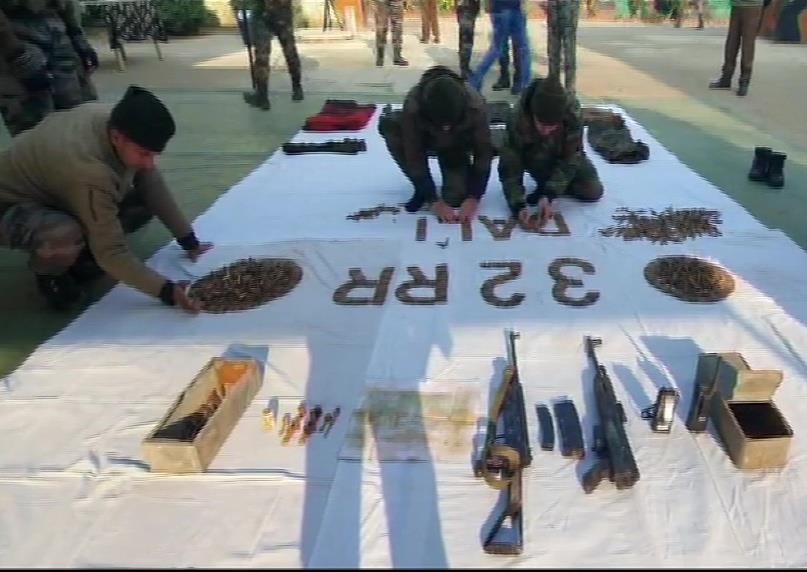 The Jammu and Kashmir Police have informed that the hideout was busted in Rafiabad area of Sopore in north Kashmir. In a joint search operation, 32 Rashtriya Rifles, Special Operation Group Rafiabad & 92 battalion of CRPF busted the hideout on a specific information. They recovered a huge cache of arms and ammunition including two AK 47 rifles, 2 thousand rounds of ammunition, wireless sets and some clothing.

He said the recovery includes two AK rifles, 2000 AK rounds, three RPG rounds, two wireless sets and a satellite phone. A case has been registered, the official said, adding that the incriminating material has been seized by the police and taken into records for further investigation.