Promising to never step back, Assam Govt commits to safeguard rights of indigenous people in Assam

Guwahati, December 31: Amid the protest against implementation of Citizenship Amendment Act in Assam, the Chief Minister Sarbananda Sonowal asserted that his government is committed to safeguard ‘Jati, Mati, Bheti’ (Race, Land and Homeland) and will work to protect the rights of the indigenous people in the state. The state of Assam has been boiling ever since the CAB was passed by the parliament fearing that they may lose their ethnicity, tradition and culture. Adding fuel to this fear, the oppositions mislead the masses providing misinformation creating unrest in the entire country. 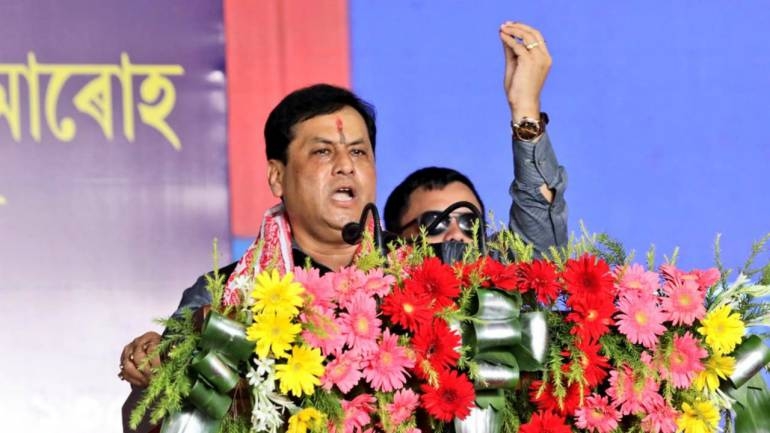 Trying to allay fears triggered by the proposed Citizenship Amendment Bill, CM Sonowal assured that his government will never step back in protecting their interests. He also urged the prominent student union AASU and other intelligentsia to cooperate to enable the government to ensure the rights of the people of Assam as per the tenets of the Assam Accord. The NDA government in Assam never played "hide and seek" with the core agenda concerning the interests of the people of Assam and is committed to safeguard 'Jati, Mati, Bheti' of the indigenous people, he said. It had therefore ensured fortification and completion of fencing of the Indo-Bangla border to defeat any evil design of intrusion across the border, Sonowal said inaugurating the first military school in the northeast at Bijni in Chirang district.

Recounting the work carried out in the state by the BJP government at the Centre, he said Prime Minister Narendra Modi had dedicated three bridges over Brahmaputra river in the last four and half years as compared to the previous governments who had built an equal number of bridges in Assam over the last 60 years. The North East Military School at Bijni will go a long way in rekindling patriotic fervour among the students who will be able to render their services for the nation.

Bodoland Territorial Council chief Hagrama Mohilary lauded the setting up of the school in Bodoland Territorial Area Districts and said under the present BJP government, all ethnic communities are living peacefully in the state. Sonowal also laid the foundation stone of permanent campus of the North East Military School, which will be an English medium fully residential school. This is the third of its kind in the country after Nagpur and Nasik. The school is affiliated to Bhonsala Military School, Nagpur and will be developed on PPP mode, officials said.