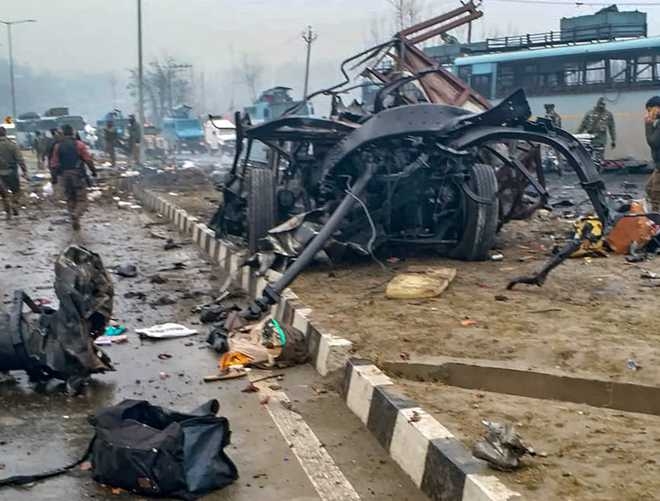 What are the post-Pulwama options at the grass roots level? The more I think of them, the more I am convinced that the time for “soft options” must be set aside lest construed as weakness that can be exploited by terror groups, their handlers, stone pelters, separatist and local political leaders.

Even a layman would say “strike hard where it hurts them most”. There are multiple “centers of gravity” in the war against terrorism. Otherwise, be prepared for the next terror strike, more deadly to happen sooner than later.

Mapping geo-politics to follow after defining political options first to include:

· Detain all separatist leaders in uninhabited island in Andaman Nicobar Islands and deny all communications with outside world. Past precedent – Sheikh Abdullah’s detention.

· Withdrawal of security for all political leaders including Farooq and Omar Abdullah, Mehbooba Mufti and others who are responsible for the current crisis due to gargantuan corruption and murder of democracy.

· No mercy for stone pelters since they are as good as enemies of forces.

· Identify and execute counter terror strikes against overt supporters and sympathizers.

· Closure of transit-cum-trade facilities from J & K, but also from Punjab and Rajasthan.

· At the strategic level they include: financial donors; cells operating in various Western capitals like New York, Washington D.C., London, Paris, Berlin, etc., and so on.

· Suppressive and destructive fires on “terror camps” across the LoC and international boundary.

Escalation of crisis situation is an imperative to compel Pakistan to seek peace talks with closure of all “terror camps” on their soil as the sole agenda.

Failure to escalate the crisis will be viewed as phenomenal cowardice or weakness on India’s part. It will provide an opportunity for redeployment of battle-hardened Islamist fighters and Afghan Taliban cadres into Kashmir valley – a la repeat of Tribal Raiders in 1947-1948.

After all, “War is employment; Peace is unemployment’ for the Pashtu tribal people or Pathans astride the Durand Line.

Should the “Blindmen of Hindoostan” wait for such a crisis explosion to take place or should they decisively seize the “window of opportunity’ still available to strike hard at the terror groups, their supporters, stone pelters, separatist leaders and local political leaders lending support to secessionists.