Mood of the Nation - Baying for Blood! 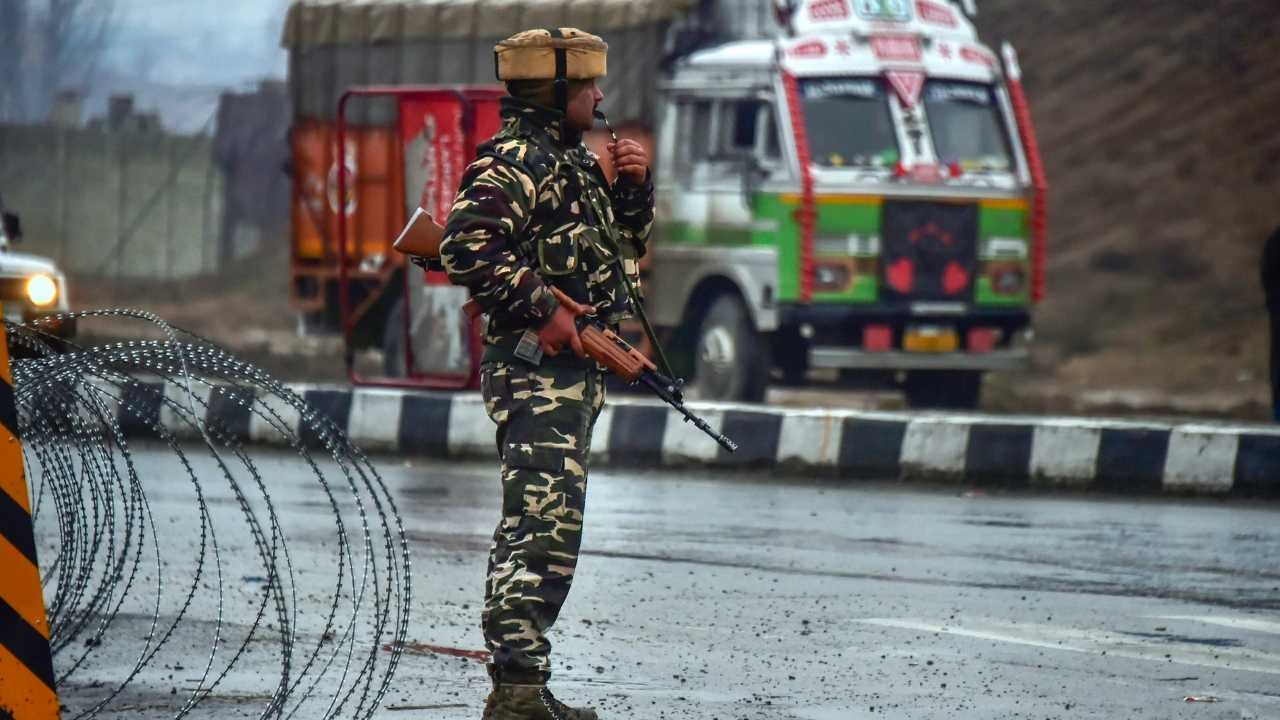 Naturally, its fallout is “baying for blood” not only against J-e-M leaders in Pakistan but also to ‘teach a befitting lesson to Pakistan’ reflecting the mood of the nation.

Should highly emotional and sentimental mood of the nation govern strategic decision making.

Populism wave is sweeping among Western nations. It is consolidating rejection of liberal values and polarizing societies in “We” and “Them” modes. So also, the current mood of the nation is set on such irretrievable course.

Ipso facto, the mood in the three districts of South Kashmir appears completely radicalized from the videos in social media circulation what with weapon wielding terror modules brandishing their weapons cheered by youth roaming freely in the by lanes of built-up areas and villages and ready to strike at the first opportunity.

“Cowardly or Dastardly Act” is one side view; and the other side may be jubilant on the “courageous jihadi martyrdom”. Such is the diametrically opposite postures to reconcile, which is a Himalayan challenge.

Conflict resolution of such extraordinarily complex crisis situation is quite vexatious. No short term solutions or ‘quick-fixes’ are possible or feasible.

It is a “Brawn and Brain Game” known in today’s parlance as Hybrid War. Whoever demonstrates enduring and sustaining “punishment withstanding” capability will ultimately win. Even then, enduring peace will remain mirage.

Strategic decision making both at “Grand Strategy” or “Military Strategy” levels is not simplistic.

“Wise Councils” at the highest levels must review the overall situation from all dimensions to include: political including use of soft power (diplomacy and information war), social, economy and military (Hard Power).

Clausewitz’s prescription “War is a mere continuation of Policy by other Means” shapes strategic formulations of nations even today. Add to it, “violence is the last refuge of the incompetent’.

Ipso facto, assessment of the current state of Pakistan and its capabilities in all fields must be accurately identified. Imran Khan may threaten retaliation, but Pakistan faces dilemmas on all fronts too.

For example, Pakistan has adversarial relationship with Iran. Also, Pakistan is embroiled on the Afghan front. More importantly, Pakistan is facing insurgency in FATA, Baluchistan and even Gilgit Agency. In sum, Pakistan can ill afford to overstretch militarily by offensive conventional retaliation on Indian borders. At best, Pakistan can do is to indulge in “nuclear” blackmail.

Let me highlight that “War” – nuclear and conventional – is the last option to manage highly complex situations. Pakistan may not realize, but the reality of nuclear exchange will wipe out its political and economic nerve centers for ever like Islamabad, Lahore, Karachi, etc. Nonetheless, India must be prepared to deter nuclear or conventional wars.

Identification and definition of “end objectives” must preface all deliberations in the saner political councils at the top-most level. And, the choices and options – grand and military strategy - in a deliberate, calculative and competent manner must be formulated.

At the lower end of the violence spectrum, “End objectives” must dictate decisions to go to war or escalate violence to include:

· Destruction of terrorist organization and their leaders in Bhawalpur (JeM), Muridke (LeT), etc.

· Destruction of terrorist camps and infrastructure in PoK.

· Balkanization of Pakistan through conduct of “proxy wars” in Pashtun, Baluch and Sindhi territories.

In highly complex crisis situations, the choice of end objectives must be dynamic and flexible catering the fluidity of situations. No ready-made templates can be prescribed.

If so, rapidity of fluidity of end objectives will govern “ways and means” of military strategy, which in turn, will shape “Operational Art” and “Tactics” to be adopted and employed. Higher order flexibility by decision makers is the need of the hour.

If so, “Graduated flexible offensive response” should form the basis of whatever action is contemplated by the armed forces – internally in counter terror operations and externally to achieve specific end objectives, be it strikes against terror havens in PoK, suppressive fires across LoC, surgical strikes against Headquarters of JeM and LeT.

And, cost-effective and optimum means must be employed instead of rushing headlong into mindless offensive retaliation.

In political and economic fields, preface and simultaneously isolate Pakistan internationally particularly from China, Saudi Arabia and other allies, squeeze economically, and conduct counter proxy wars in Pashtun held areas, Baluchistan, Gilgit and Sindh, whilst simultaneously carryout offensive strikes across the LoC. Not to be left aside, stop all water flows from India into Pakistan as per the Indus Water Treaty and close all trade-transit routes.

Finally, “Baying for Blood” may yield political dividends internally to polarize the majority community, but may not yield the desired results. The game has just begun. How it will end will be dictated by the course of military responses. One needs to wait and watch as to how they will unfold and with what results. No need for hype and rhetoric. In the ultimate, India’s air and naval power superior capability must preface ground forces offensives.
Pulwama Terror attack mood of the nation South Kashmir Grand strategy War Pakistan Jaish-e-Mohammad World Opinion