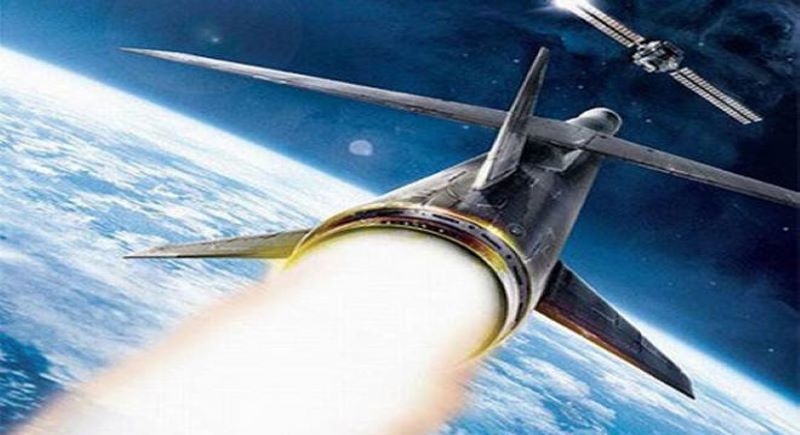 India has become the fourth nation after the US, Russia and China that has the capability to launch missiles to destroy satellites in heights ranging from 160-2000 kilometers from ground level in Low Earth Orbit. With the successful test-launch of the Anti-Satellite (ASAT) Missile and destruction of the target on 27th March, 2019.

Prime Minister Narendra Modi, in a televised national address said, “India has crossed an important threshold in demonstrating its capability to defend its space assets”. This was akin to India conducting a Surgical Strike in Space. India has 48 orbiting satellites which constitute the largest constellation in the Indo Pacific region. These need to be protected as these are "Sitting Ducks".

Mission Shakti showed the World that India was able to kill a satellite orbiting at an altitude of 300 kilometers. Bringing down a satellite in high altitude is not easy since the satellite would have been traveling at a velocity of hundreds of kilometers per hour; to accurately target such a small pin point speck is a big challenge.

China destroyed one of its own satellites with a ground-based missile in 2007, generating a large amount of debris that triggered international criticism. Another test was done in January 2007, when the China launched a KT1 rocket that successfully destroyed Chinese Feng Yun 1-C Weather Satellite in Low Earth Orbit, approximately 800 kilometers above ground level. The Chinese ASAT test in 2007 is widely seen to be challenging the dominance of the US in space.

United States performed its own similar test in February 2008, destroying the USA 193 satellite using a modified version of a ship-based SM-3 missile in “Operation Burnt Frost”. The satellite was in an orbit about 250 kilometers high when it was successfully intercepted. It wasn’t immediately known how much debris the test generated, but some debris may end up in higher orbits with longer decay times. China conducted its latest Anti Satellite Missile test in 2013, when it launched its new ASAT missile, the Dong Neng 2 which is a “ground-based, high earth-orbit attack missile.” This launch was to test the rocket component of a new “Direct Ascent ASAT Weapons System” from a Road Mobile Ballistic Missile.

Starting from the first Gulf War, the military uses of space expanded from the strategic to the tactical sphere and this usage continues to grow. While space has not been used to store or launch weapons, the medium is being used to control and coordinate the ground war. The ‘Outer Space Treaty’ which came into force in October 1967 bans placing nuclear weapons or any other weapons of mass destruction in orbit of earth, ASATs were born out of this policy.

Both US and the former Soviet Union tested ASATs, which eventually became a part of their strategy of deterrence, very similar to nuclear deterrence. However, for India, these have a regional bearing as they threaten Indian satellites in orbit. While India presently does not have any designated military satellites which can be potential targets, any future war scenario, heavily dependent on space assets for information and communication, will heighten dependence as also vulnerability to potential disruption of space-based assets.

In 2012, when India conducted its first test of the Agni 5 missile from Dr Abdul Kalam Island, the country had acquired the capability to kill satellites. The Agni 5 is an Intercontinental Ballistic Missile having range of over 5,000kms. Erstwhile DRDO Chief, Dr VK Saraswat, had confirmed then, that it could be used both to launch/bring down satellites.

In Mission Shakti, India has either used same or a new missile system that can target fast moving satellites and bring them down. In 2018, India had already demonstrated the capability by launching missile interception tests where an incoming missile was brought down in exo-atmospheric conditions. On 29th May of same year, DRDO Chief, Dr S Christopher had confirmed that "India is making/developing Anti Satellite Weapons". Anti-satellite weapons are considered an ultimate weapon that could easily cripple a country financially as its/global economy is so heavily dependent on satellites, from running banks and ATMs to communication links.

The Indian Government announced on 27th March, 2019 that it has successfully fired a ground based anti-satellite weapon against a satellite in Low Earth Orbit, a test that is likely to heighten concerns about space security and orbital debris, and that the country’s military successfully demonstrated an anti satellite weapon in a test known as “Mission Shakti.”

In that test, a ground based missile, hit a satellite at an altitude of about 300 kilometers. The missile was launched from the Dr A P J Abdul Kalam Island (Wheeler Island) launch complex in the North East part of the country. Though the missile struck an unidentified Indian satellite; it is speculated that the likely targets were either Microsat-R, launched in January, or Microsat-TD, launched a year earlier. Microsat-R is in a 262 X 280-kilometer orbit, while Microsat-TD is in a 353X361kilometer orbit, according to tracking data by the U.S. military.

The utility of space as a medium for war has grown tremendously since the days of the Cold War Space Race. The military potential of satellites is manifold: communications, navigation, early-warning systems, reconnaissance, and signal intelligence. Any state that manages to get the upper hand in this frontier can be expected to dominate the outcome of any war. A state with command over space based assets can jam enemy satellites or destroy them, and stop the enemy from communicating with troops or accessing vital information about troop movements or incoming missiles.

India had to take steps to ensure an assured use of its assets in space under all conditions. The options available were both Active and Defensive Measures. Active measures that take the logic of developing a credible deterrent entail development of ASATs, either for hard kill or soft kill. The ASAT technology being talked of after the Agni V tests is the ‘Hard Kill Direct Ascent Kinetic Energy Weapon’. Defensive measures are passive measures like maneuvering the satellites away from the test orbit and shielding against debris, radiation.

When Saraswat confirmed that India has everything in place to make an integrated an Anti Satellite Weapon to neutralize hostile satellites in low earth and polar orbits through/by utilization of Anti Ballistic Missile Defense Program of Agni series as an ASAT weapon, which prompted International Defence Experts to predict that India could go in for an ASAT test, in the next five to 10 years.

With recent success of Indian Mars Mission and the Geosynchronous Satellite Launch Vehicle:GSLV-D5, Indian Space Research Organization has the capability to launch satellites weighing in excess of two tons, an important prerequisite for the deployment of any weapons system. Since existing Space Treaties prohibit placing Weapons of Mass Destruction in space, they do not prohibit the placing of other types of weapons; next Indian goal would be to develop Orbital Weapons, which could remain in space for as long as required.

But surprisingly, Defence Experts World over had doubts regarding Indian ASAT capabilities which call for a number of technologies related to Space Based Sensors, Synthetic Aperture Radars, Electronics, a sound Navigation System, Guidance and Control, and Global Positioning Systems. A number of different types of sensors, including Infrared Sensors, Optical Sensors, Electronic Optical Sensors, and Magnetic Sensors are vital to monitor, detect, and help in sensing the events.

Therefore, for acknowledgement of Indian ASAT weapons capability, it was mandatory that it comes out in open with a successful test. But such a demonstration will have its own costs like (a) It would cause grave insecurity, and possibly a space weapon race in the region, (b) It may/will lead to the creation of hazardous space debris, which could doubtless elicit international wrath and sanctions, (c) It may hamper Indigenization of Defense Industry by garnering International Investments in its Defense and Manufacturing Industry, (d) Investors would see the tests as a sign of aggression and defiance of International Norms, (e) It may/will affect Transfer of Technology from technologically advanced nations and (f) India is a member of the Inter Agency Space Debris Coordination Committee and test of an ASAT weapon by India and the resulting debris would seriously erode its credibility in this arena.

To avoid these problems, India decided to test its ASAT weapons without creating any hazardous atmosphere in outer space due to debris by testing Anti Satellite Weapons at a low altitude, where the resulting debris would enter the Earth’s atmosphere and burn up without causing any damage. At a lower altitude, the atmospheric drag results in orbital decay that reduces the altitude of space debris. It eventually enters Earth’s atmosphere and usually burns up on reentry. India did not go in for a “Fly by Test”, where the Ground Based Direct Ascent Missile will fly by the targeted satellite without destroying it OR test its ability to sabotage satellites by jamming satellites using space based lasers which is a “Soft Kill” method which avoids creating debris.

This clear declaration of India’s ASAT capability will now act as a credible deterrence to any misadventures. To give credence to the hedging strategy, India now needs to develop passive measures that would include better space situational awareness, strengthening its satellites, greater resilience to jamming, satellite redundancy and at a later stage, backup satellite capability. India also needs to develop its soft kill options like laser blinding, communication jamming etc. Only these will ensure safeguarding of India’s interests in the realm of space.