Milestone achieved! Navy gets a boost with successful missile tests

New Delhi, May 17: Today, a significant milestone in enhancing Anti Air Warfare Capability was achieved by Indian Navy with the maiden cooperative engagement firing of the Medium Range Surface to Air Missile (MRSAM). 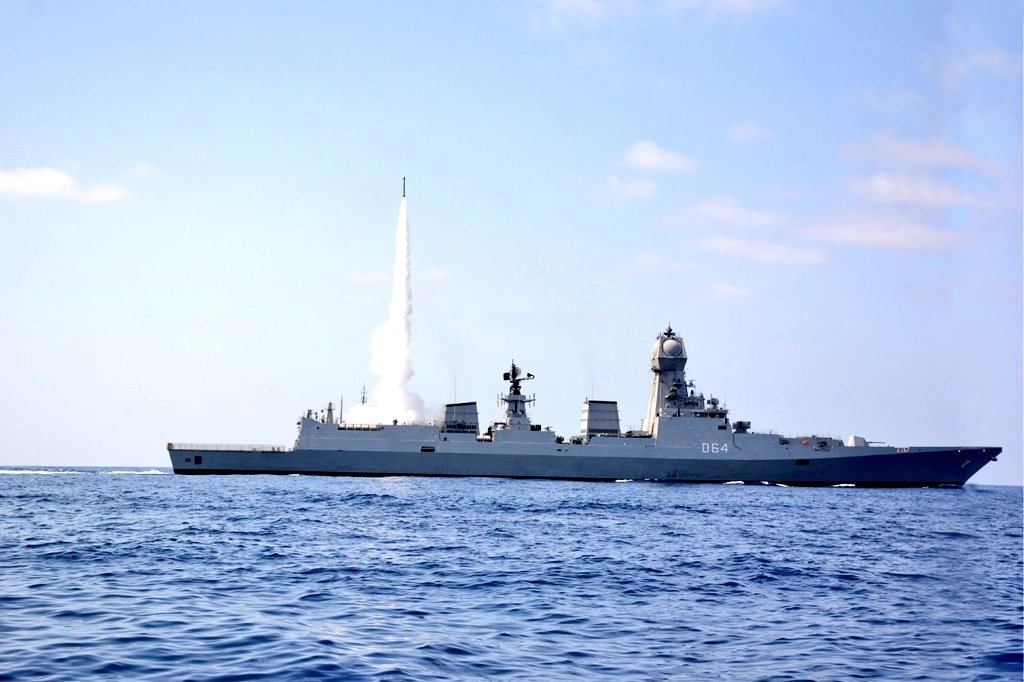 The firing was undertaken on the Western Seaboard by Indian Naval Ships Kochi and Chennai wherein the missiles of both ships were controlled by one ship to intercept different aerial targets at extended ranges. The firing trial was carried out by the Indian Navy, DRDO and Israel Aerospace Industries.

The successful conduct of the test has been the result of sustained efforts by all stakeholders over the years. DRDL Hyderabad, a DRDO Lab, has jointly developed this missile in collaboration with Israel Aerospace Industries. The MRSAM has been manufactured by Bharat Dynamics Limited, India.

These Surface to Air Missiles are fitted on board the Kolkata Class Destroyers and would also be fitted on all future major warships of the Indian Navy. With the successful proving of this cooperative mode of engagement, the Indian Navy has become a part of a select group of Navies that have this niche capability. This capability significantly enhances the combat effectiveness of the Indian Navy thereby providing an operational edge over potential adversaries.