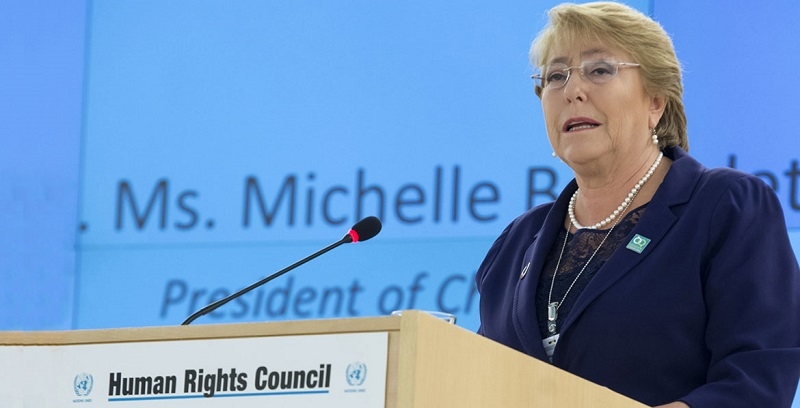 The ‘serious and deep concern’ expressed by the United Nations Human Rights chief Michelle Bachelet over the curbs imposed by the Government of India in Kashmir Valley is most unfounded, uncalled for and tantamount to direct interference in the internal matters of a sovereign country. The UN body has ‘asked’ India to immediate ease the curbs and lift all the restrictions and lockdowns to ensure people’s access to the basic services.

The UN official again poked her nose into the internal matters of India by commenting on the National Register of Citizen (NRC) being implemented in Indian state of Assam. Bachelet said that the NRC has caused a ‘great uncertainty and anxiety’.

In her opening address to the 42nd session of the United Nations Human Rights Council in Geneva on Monday, Bachelet said “The recent National Register of Citizens verification process in the North-East Indian State of Assam has caused great uncertainty and anxiety, with some 1.9 million people excluded from the final list published on August 31. I appeal to the government to ensure due process during the appeals process, prevent deportation or detention and ensure people are protected from statelessness”.

In respect of Kashmir Bachelet said that she was ‘deeply concerned’ about the impact of recent actions by the Government of India on the human rights of Kashmiris, including the restrictions on internet communication and peaceful assembly and detention of political leaders and activists.

She further appealed to the Government of India to “ease the current lockdowns or curfews; to ensure people’s access to basic services; and all due process rights are respected for those who have been detained. It is important that the people of Kashmir are consulted and engaged in any decision-making process that has an impact on their future”.

Well said, for the UNHRC and similar so-called human rights champions have developed this habit of attacking India for the alleged violation of human rights of the wrong people. It would have been proper for the UNHRC chief had done some homework before blaming the Government of India on NRC and Kashmir issues.

Every country in the world has rights to protect its boundaries, people and ensure no illegal persons stay in their countries lest they endanger the safety and security and integrity of the nation. It has been an open secret that millions of Bangladeshi people have entered the Indian state of Assam since pre-partition days and that their illegal presence has impacted the economy of the state besides threatening the internal safety, security, integrity.

It was also a known fact that no account of their population was maintained and no account of genuine Indian citizens was maintained either by the successive governments of independent India. The present Narendra Modi government has taken up the issue of NRC and after a long and tedious exercise located that 1.9 million people do not possess any valid document to establish their citizenship. Their names were declared as illegal occupants. 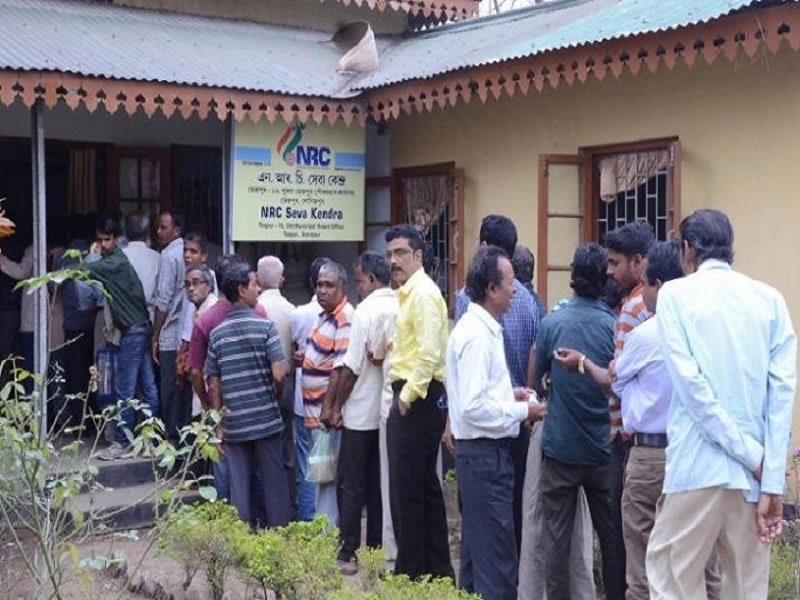 The moment this is done a hue and cry began to be raised. Suddenly, the left, liberals, the seculars, the Congress and their co-passengers it the media started crying foul and blaming the government for the mess called NRC. It is true that the exercise was not easy. In fact, it was the most complicated one. Even the most vocal votary against the infiltrators the Rashtriya Swayamsevak Sangh (RSS) has acknowledged that this was the most ‘complicated and complex’ exercise.

The RSS Sah-sarkaryawah Dattatreaya Hosabale has described the NRC as a “complicated and complex issue” as names of many Bangladeshi illegal immigrants were in the voters’ lists while genuine names of Indian citizens were left out. Hosabale said that there are about 35 to 40 lakh illegal immigrants from Bangladesh now settled in Assam and they had been issued legal documents during the previous governments further complicating the issue, he added.

Assam Minister and strong supporter of NRC Himanta Biswa Sarma too had demanded the review of NRC process emphasizing the need to remove illegal names from the list.

The Kashmir tale is different in the sense that it is soaked in the blood of the innocents who were gunned down by the terrorists in the name of jihad, in the name of Islam which claims to be religion of peace. Thousands were killed or maimed, rendered refugees in their own land and women were molested, widowed, children orphaned and properties damaged. When all this was happening no UNHCR or champions of the human rights came forward to raise their concern or to shed tears for these unfortunate, hapless human beings. But they did not lose a single moment when the security forces foiled the plots of the terrorists, killed them or arrested them red hand. They would raise the issue of human right violation of those ultras, build pressures political and otherwise on the government and forced them to release such dreaded people. 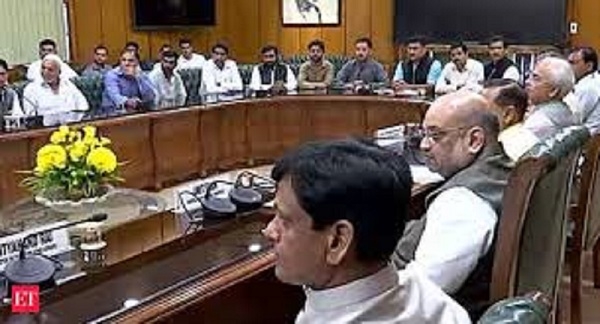 These human right champions did not bother to teach Pakistan a rough country that is openly and brazenly exporting terror to India for decades under its ‘Operation Topaz’ to ‘bleed India a thousand cuts’ for the simple reason that Pakistan would throw their appeals into the dustbins. They always targeted the ‘soft nation’ like India.

Now the situation has changed. There is a government that cares honestly for the 130 crore Indians and is hard on terrorists, anti-nationals and anti-social elements. The peple of Jammu and Kashmir are happy over the abrogation of Article 370 and 35A that kept the state from development and progress.

The Narendra Modi government has taken the risky decision to bring the state of Jammu and Kashmir and Laddakh at par with the rest of the progressing India by abrogating Article 370. While taking such a decision it was necessary to impose certain curbs on the use of internet communications lest the facility was used by the terrorists to spread violence and bloodshed. Now, the situation is almost normal except in three districts of Srinagar, Shopian and Pulwama.

The very fact that sarpanchs of over 100 villages came to Delhi and met Home Minister Amit Shah and assured him their support is indicative of the situation turning normal. But the UN human right body chief would not see this or she is pretending to be ignorant of this ground reality or she is accusing the Government of India as part of the pattern remains to be seen.

Her observations are pleasing for Pakistan, for sure. Pakistan is isolated today. It has no friends in the world, not even among the Islamic countries. It is heavily burdened due to internal strife and tensions in Baluchistan, PoK, Gilgit-Baltistan, Sindh, Mohajir issue and the down sliding economy. In such a situation, it is looking for support and solace from various corners. In India, there are leaders and parties that lend support to the neighbouring nation, and at the global level, these bodies like UNHRC echo Pakistani viewpoints.

In such a situation, it is the time for the Government of India and the people of India to remain vigilant and conscious to thwart any such attempt and misleading propaganda coming from such human rights organizations at the global level and show to the world that their concerns are unfounded and unwarranted.