Tracking and interrogating; ISD, ATS in Karnataka arrests two in links with terror operatives in Kerala

Mysore, January 14: Untangling the nexus of terror operatives in Kerala, the Internal Security Division (ISD), Anti-Terrorist Squad (ATS) and the Chamarajanagar District Police, in a joint operation on Saturday, arrested a man in Gundlupet for his alleged links with terror operatives. The Police team also held a Madrasa Moulvi on charges of giving shelter to the terror suspect but was later released after interrogation. The arrested suspect, who has been identified as Mahaboob Pasha, is said to be a Al-Badr activist. 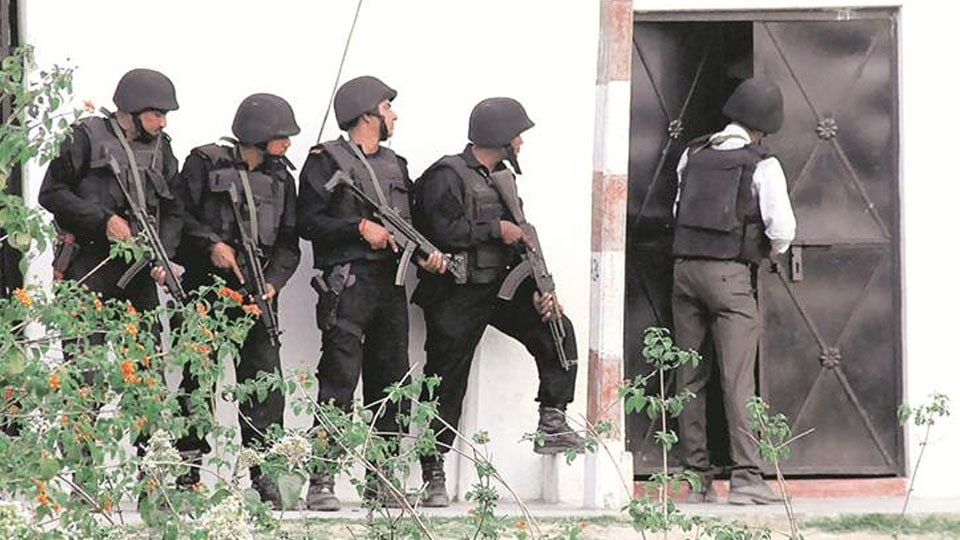 The ATS and ISD had tracked the movement of the suspect and his phone calls, before he was picked up from a Madrasa on Gundlupet-Terakanambi road. The Police who raided the Madrasa, took Mahaboob Pasha and the Madrasa Moulvi to an undisclosed location, where they were interrogated for hours on Saturday. The raid was conducted after it was established that the suspect was in touch with terror operatives from Kerala.

The suspect has been taken to Bengaluru for further interrogation and also the police informed that both Pasha and the Moulvi were known faces in Gundlupet and were under the Police radar for the past few weeks. The arrest was made on the basis of details shared by other suspects held in Bengaluru and is a spinoff of the investigations and arrests made in connection with the murder of a Sub-Inspector of Tamil Nadu Police on Kerala-Tamil Nadu border on January 8.

Meanwhile, the ATS, which has continued its crackdown on terror and other subversive activities, has arrested a man from Gonikoppal in Virajpet taluk of Kodagu district on charges of extending financial help to a group of Terror suspects operating in Bengaluru and other States. Based on the information provided by alleged Jihadi gang members who were arrested in Bengaluru last week, the ATS is said to have picked up the man from Gonikoppal three days back and taken him to Bengaluru for further questioning on his alleged links with the Jihadi terror group, which during interrogation, reportedly confessed to have planned to organise clandestine terror camps along the Karnataka-Kerala border in South Kodagu.