Productivity of labour and exports 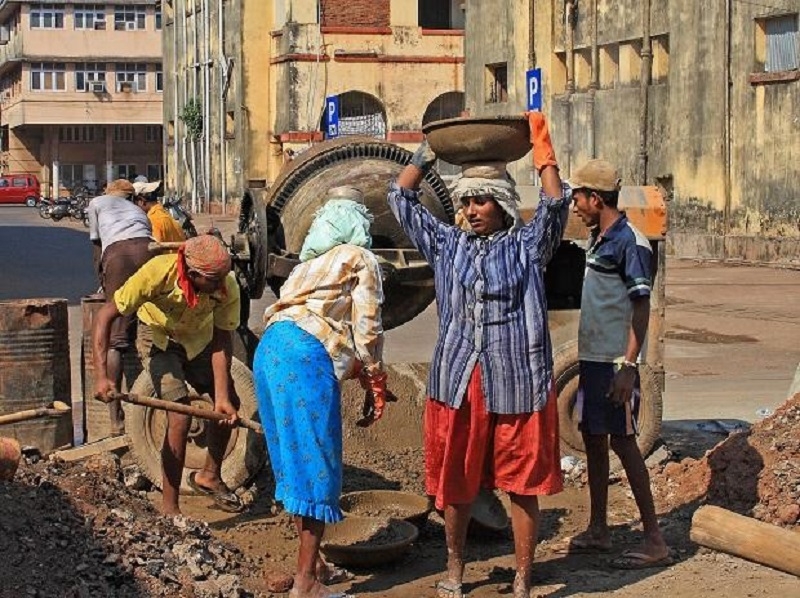 There is a lot of discussion going on about India becoming 5 trillion dollar economy by the year 2024. Achieving this milestone is not a matter of choice for us; rather it is going to be a compulsion if we have to achieve other economic targets which we have set for ourselves in the coming years.

Of course, the roadmap to achieve the said target is full of obstacles but converting challenges into opportunities is the quality which separates also rans from those who, in the medal race, end up on rostrums. Fortunately, on exports front, there are opportunities galore; only we have to tighten up our belts to explore them.

The export is essentially an area where we are lagging behind substantially and we have to take revolutionary measures to become a force to reckon with as far as our contribution in world trade is concerned. We had been consistently missing the bus in the past but if we miss the opportunity now, we won’t have anybody else to blame but ourselves.

Today, biggest rival to India on the global stage is China. Our policy makers were caught napping when China, despite being a communist country, embarked upon a long road of economic reforms in the decade of seventies. Results are there for everybody to see; its GDP is five times larger than that of India. No surprises, it is using its humongous economic status to browbeat us in political and military terms, very often.

West in general and the USA in particular, which had earlier helped China becoming a global manufacturing hub, are feeling the heat too. With its robust economic muscle, China is posing serious challenge to the western hegemony in the international affairs. Therefore, exercise of halting the giant, which was created by them only, has been started by the western countries. Huawei episode is just an indication of the future course of action West is going to unleash on China.

Million dollar question is: if the West starts putting the Chinese goods out of favour, are we ready to occupy the space vacated by it? Recently US president Trump exhorted his countrymen to boycott the Chinese goods. It is easier said than done. Companies like Walmart whose racks are inundated with the Chinese goods will not pay any heed to the political call of the President unless it discovers, if not more, at least equally efficient and competitive suppliers. At present, scenario is pretty depressing if we visualise ourselves as an alternative.

Nehruvian socialism had earned us an unenviable tag of a country which could only register “Hindu rate of growth”. It hovers somewhere around 2.5 to 3 percent. If actually, Hindu rate of growth has to be benchmarked, one should refer to the statistics of the role India played in the world economy till a couple of centuries ago.

Till the end of the eighteenth and beginning of the nineteenth century, we used to control one fourth of the world trade. Firstly, British crippled the progressive Indian mind with their colonial policies and subsequent to independence Nehruvian socialism played havoc with our economic system.

Indian businessmen have proved globally that if provided with level playing field, they can not only withstand competition, they can emerge winners out of it. Therefore, if we are dreaming of achieving double digit growth rate, our policy makers have to unshackle the entrepreneurial Indian mind.

Everybody is talking about Land acquisition and Labour reforms but no one knows when they are going to be brought. One has to take a cue from the Chinese export oriented manufacturing units. Right from the source of raw materials to the ports, there is an integrated production to delivery line. Obviously, it adds to cost effectiveness of the products. Similarly, we have to offer our exporters and those global companies who want to manufacture in India the infrastructural advantages and other required facilities.

Another most important factor, when it comes to competing with China, is productivity level of our labour force. According to some study reports, in electronic manufacturing units, production capacity of our workmen is twenty to thirty percent lesser than that of their Chinese counterparts. The answer, to enhancement of the productivity levels of the Indian labour, lies more in social initiatives rather than in economic ones.

We have to closely observe and analyse the living conditions of the Indian workers. Certainly, if we can bring positive changes in that, we can expect higher levels of productivity from them in manufacturing sector. There are slew of measures which ought to be taken; not necessarily by the government alone; employers have to be made equally responsible.

Needless to say that more efficient worker is in the interest of his employers. Normally, the overall living conditions of our factory hands are much below those of their counterparts in the developed countries. Health and hygiene are the areas which require utmost attention. One example can be given in this regard. When the British started constructing textile factories in south- central Mumbai in the mid- nineteenth century, they prioritised making of decent living quarters for the work force also; BDD chawls are examples of that. It is noteworthy that workers of that era didn’t come from slums to work in the factories. Slums are essentially a later day phenomenon in the city of Mumbai.

Why can’t we make liveable houses for our workers? Most of our labourers come from urban areas to work in factories. Whether they are slums existing in bigger towns or ramshackle tiny tenements in smaller towns, hygiene and sanitation facilities are equally pathetic everywhere. If those, on whose shoulders economy of the nation rests, keep on struggling with diseases like malaria, dengue and other epidemics, one can imagine state of efficiency in our factories.

Secondly, education of the blue collar worker is another area which needs to be looked into. Unfortunately, in our country there are wrong notions that if somebody becomes graduate, he or she has to work in offices only; factories are meant for uneducated or lesser educated people only. This misconception must be done away with if we want our factories to produce materials which are globally competitive.

Even today, if people come across a graduate driving an auto rickshaw, they don’t forget to pass comments that didn’t the person find some decent job in an office that he is driving an auto rickshaw? Expressing surprise on finding somebody with educated background doing hitherto considered lowly job, is essentially an outcome of a negative mind set; positive environment of educated people becoming blue collar workers should be created.

In addition, physical fitness and recreation of the workers is an aspect which should be given utmost attention. Besides having reasonably good play facilities in the labour colonies, factories also must have gymnasiums, yoga rooms and play courts in their precincts which can be availed of by the labour after its duty hours. Physical fitness of our factory hands must be at par with their counterparts in major global manufacturing hubs.

Normally, four factors determine the cost of a particular product: Raw material, labour cost, electricity and transportation. Both India and China are importers of petroleum products, which are considered fountain heads of most of synthetic textiles and plastic products. Therefore, disparity in cost of basic raw materials is ruled out. Government has to ensure competitive electricity charges to export oriented units and smoother road infrastructure to lessen the transport outgoings.

We have to bear this in the mind that the other smaller Asian economies like Indonesia, Bangladesh, Malaysia and Thailand are fully prepared to fill in the space which western countries might create by boycotting Chinese goods. We have to unshackle the Indian entrepreneur from archaic labour laws and assure the foreign investor who wants to start manufacturing in India that he will get better facilities, productive labour and no red-tapism in India. Then definitely we will be the third largest economy of the world sooner than later.

That stature will result into bringing millions of the masses out of the grip of poverty and in strategic terms, it will give political and diplomatic muscle to India to enable it to counter China and its stooges.