Why Statue Of Unity shines brighter than Taj Mahal? 7 facts that every Indian should know

Total Views |
-Varun Kulkarni
India has so much more to offer than just Taj Mahal. From Kailasa Temple in Maharashtra to the most spiritual place in the world, Banaras. From Rajputana magnificence of Jaisalmer to Sundarbans where Ganga drains into Bay of Bengal creating one of the most fertile plains on the planet. Statue of Unity (SOU) is going to put India on the world map as a tourist destination for travelers from all around the world. Statue of unity has the potential to act as an anchor for all these historic and cultural sites. It commemorates the unparalleled contribution of Sardar Vallabh Bhai Patel, in uniting more than 500 princely states into one united country, which we today know as INDIA. Also, the engineering marvel that SOU is, shows how technologically advanced, Indian domestic companies are. SOU is the opportunity for India to change their narrative in the world. To show the world how atma nirbhar India is, how visionary India’s leadership is and even though we have been free from foreign rule for only 73 years, India is ready to come on stage and stand alongside other developed countries to project it’s story of success.
However, there is one caveat. For any individual, organization or association for that matter, there will always be people who would praise them and people who would criticize them. Praise is good to keep them motivated, if, it doesn’t get into their heads and make it get too big. Critics, nevertheless, are also important as they ensure that the quality is up to the mark and keep performers on their toes. But the intent of criticism matters too. If the criticism is done just for the sake of it, it is not productive. This is what we have seen at various occasions by various media and news outlets and SOU has not been spared by them as well. 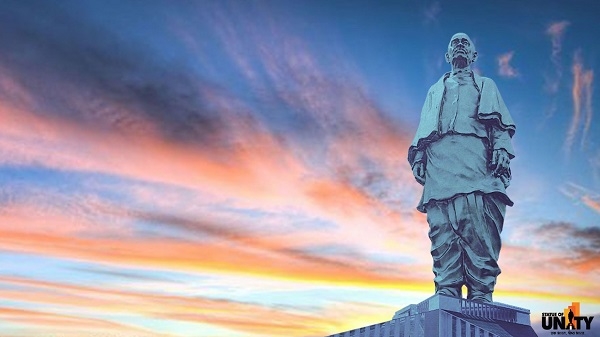 Today's generation and more importantly the voting population is too busy criticizing the government that they fail to look at anything done by them impartially. They fail to look at the things the way they are. Instead they are slaves to the narrative being built by anti-national leftist forces. My hope is to get this 'sleeping' population up from this involuntary slumber and make an informed decision which will have a lasting impact for generations to come. They like to be objective and authentic, so underneath is a nitty gritty target rundown of reasons to not believe everything that comes out in the media.
In October 2018, “The Print” published an article, written by ‘know it all’ Dhruv Rathee, with various unsubstantiated claims about the Statue of Unity. Dhruv seems to have a very strong inclination against the ruling political party and their ideology, so anything that the government does, is projected fallacious and dissatisfactory, and facts, calculations, assumptions etc. are conveniently left out or rejected as non-factors. Let's put the kibosh on these unfounded arguments.
Claim 1: 120 Years to just break even
The title of Dhruv Rathee’s article demonstrates sheer lack of understanding of mathematics and basic economics. Article claims that Taj mahal is the most visited tourist attraction in the country, which at present is a valid statement, and earns an annual revenue of Rs 25 Cr with 8 million tourists. Below are the official numbers from the Ministry of culture (1):

Given that Dhruv Rathee’s article was written in October 2018, not sure where he got his numbers from, as they are clearly downplaying the revenue per visitor.
Then he goes on to say that it would be very optimistic if The Statue of Unity gets even a tenth of the number of visitors than the Taj Mahal. Again, not sure where the estimate is coming from!!! Clearly his arguments and numbers are baseless, and anyone with an ounce of intelligence should be able to see through these fake assertions and a clear intent to malign a government who refuses to keep fake news peddlers on its payroll.
Claim 2: Tallest statue will not bring tourists
Before SOU, the tallest statue in the world was The Spring Temple Buddha in China, which not many people have heard about and is not popular at all. Therefore, constructing the tallest statue does not bring popularity or attract tourists. This was the conclusion by Dhruv Rathee. Let's try to understand why the previous tallest statue in the world is not popular. For that, one must understand the biggest factors for any tourist destination, logistics. The Spring temple Buddha is situated in a remote location in Henan province of China. There isn’t appropriate public transport available to reach the spot and even if you want to make the journey, it is not going to be short. It is located 600 km from Xi’an (10th most populated city in China), 1047 km from Tianjin (4th populous city) and 1017 km from Shanghai, China. Whereas SOU is located only 90 km from Vadodara, 156 km from Surat, 200 km from Ahmedabad and 340 km from Indore. 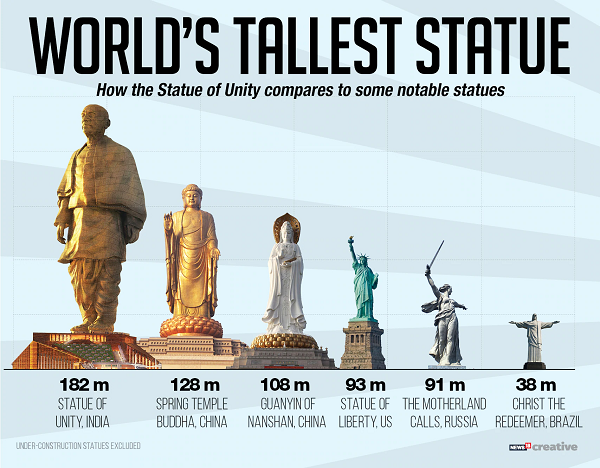 In addition to this, there are no restaurants within 5 miles of the Buddha Statue and just one scenic spot to enjoy a beautiful view. In contrast, SOU has a bunch of adventures built and planned around it which can be clubbed in a single visit like river rafting, boating, zoo, Sardar Sarovar dam and hotels to stay and restaurants to wine and dine etc. In addition to this, SSNNL, after its 2020 monsoon session, agreed to give 234 acres of land (7) near SOU to accomplish around 30 projects to boost tourism including Tent City, Vishwa Van, guest houses, educational institutions and railway lines to make SOU more approachable. Making a 1000 km trip to watch the tallest statue but not being able to pack anything else may sound too demanding. One must be very keen in the statue to decide to take the hike.
Claim 3: SOU cannot attract more tourists than Taj mahal
Historical monuments attract more tourists than modern constructions, this is the claim. And is supported, by comparing annual visitors to Eiffel Tower (Historical building) in Paris, France, which sees 70 lakh tourists annually to the tallest building in the world, Burj Khalifa, Dubai which attracts 20 lakh tourists. These numbers are correct, in isolation, but when put in context, changes the picture. In 2018, when Dhruv Rathee’s article was written, France recorded 9 crore annual visitors (2) and UAE saw 1.6 crore tourists (3). This implies, 7.8% visitors to France saw The Eiffel Tower and 12.5% visitors went to see The Burj Khalifa. Clearly this flips the whole narrative of fewer people interested in seeing historical buildings than modern construction, that Dhruv was trying to build.
As a matter of fact, according to SSNNL (4), in the first year of its inauguration, SOU saw 29 Lakh visitors and is expecting this number to rise with more attractions being added for tourists.
Claim 4: SOU is more about political symbolism than nation’s culture and heritage
If the Iron Man of India does not represent our heritage, then who does? Nehru? He was solely responsible for integration of more than 500 princely states into the Indian union. It can be said that he is one of the biggest reasons, India, country as we know it, exists. The idea of SOU was initiated by a BJP leader, Narendra Modi, the then Chief Minister of Gujarat for Congress leader Sardar Patel. Why would Modi promote someone from the opposition party? Would he commit such a political gaffe? Modi is known for his political savviness and love for his motherland. He is the only Prime Minister in the history of this country to bow down to the steps of parliament and break down in tears during his first address. The intention here was to commemorate the uphill battle of bringing together 565 princely states that Sardar Patel made possible.
Claim 5: SOU is more than 10x Spring temple Buddha.
Is corruption the only answer to explain this difference? Well, no! Corruption is not the only answer. Difference in amount of material used, the 12 years difference in the buying of those raw materials and scope of the projects explain the difference between their respective costs. State of unity was built using 180,000 cu m of cement concrete, 6,500 tonnes of structured steel, 1700 tonnes of bronze, 1,850 tonnes of bronze cladding and 18,500 tonnes of reinforced steel (6).
Claim 6: Statue is made with help of Chinese workers
This has been highly publicized by quite a few anti - BJP camps. Rahul Gandhi, then congress president, went around the country criticizing Narendra Modi, as usual, on outlandish contentions, that the statue is ‘Made in China’ like our shoes and shirts (5). Dhruv Rathee mentioned that the statue was built using Chinese laborers. These are simply oblivious and numbskull acquisitions from somebody, who unmistakably doesn't set aside some effort to discover realities. However, the truth could not further from this. Sardar Vallabhbhai Patel Rashtriya Ekta Trust (SVPRET) awarded the statue construction to L&T which has clarified on multiple occasions that only the bronze plates are being sourced from China. This only accounts for about 10% of the total cost. Superintendent Engineer RG Kanungo at Sardar Sarovar Narmada Nigam Limited (SSNNL), when asked about awarding the plates to China, said, It was part of an “international bidding process since there was no such facility in India that could make panels of that size” (6). In the event that an individual isn't steady and mindful, it is anything but difficult to succumb to these publicity and bogus stories.
Claim 7: Comparison to Raja Bhoj statue in Bhopal and Buddha Statue in Hussain sagar lake
The article finishes up with two or three ludicrous examinations of how legislators in the past have additionally dug into political vanity ventures which have in the long run fizzled. I call it ridiculous simply because this is an ideal case of apples to orange correlation. Raja Bhoj sculpture is an all-out 32 feet tall and the Buddha Sculpture in Hussain Sagar is 58 feet tall. The achievement, delayed consequences or expectation of these sculptures being contrasted with the tallest sculpture on the planet (597 feet) appears to be absurd.
Just in: PM Modi to inaugurate seaplane service to Statue of Unity
On October 31st, 2020, Prime Minister Narendra Modi will be kicking off yet another device to augment tourist enthusiasm in already one of the top destinations to visit in India. These flights have been tested and the idea is to enable tourists from Ahmedabad and a few more spots, make a day trip to SOU. This has its own infrastructural costs but Sardar Sarovar Narmada Nigam Limited is very optimistic about the new service. The plane will carry ~14 passengers and will give an aerial view of the statue. With four flights every day and Rs 4,800 per ticket, alone will generate about Rs 80 lakhs revenue every month. That is if the flights are not increased to keep up with the demand. This is a very aggressive but much needed step to boost the travel and tourism industry in India. To show the world how much more we have to offer. 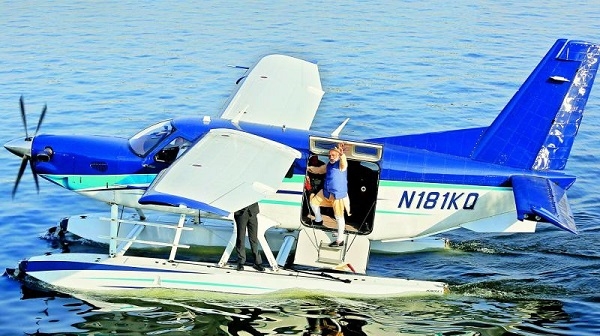 All in all, it might have been moderately simpler to simply take that Rs 3000 crore and appropriate to endless individuals for one feast. Instead, the SOU was built which fed 90% of this money back into the economy, provided employment to thousands of people around the country, enabling them a sustainable version of income in lieu of one supper. This is the sort of economical understanding ailing in the average person of India and This ought to be our main goal.
(Author is Mechanical Engineer by qualification, Engineering manager by profession. Strong believer of Vedic values and Santana. ISHA Volunteer)
References-