Lotus blooms in Kashmir Valley as the BJP juggernaut rolls on

Bihar, Greater Hyderabad Municipal Corporation (GHMC), Rajathan local body elections, TAC elections in Assam and now DDC Elections in Jammu and Kashmir. The BJP juggernaut is just rolling on without stop. This is the new popular mood. This is the mood of the electorate that has reposed its faith and confidence in the leadership of Prime Minister Narendra Modi and his policy of ‘Sab Ka Saath – Sab Ka Vikas – Sab Ka Vishwas. 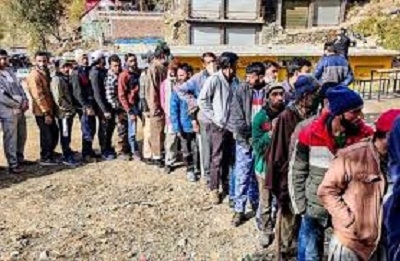 The results coming from the ‘Haven on the Earth’ are indication to the emergence of ‘Unstoppable BJP’. All the parties – secular and progressive, left and liberal joined hands to defeat the BJP but could not. The spectacular victory the party has registered in all these elections, has stunned its admirers and detractors alike. The admirers are surprised at the speed of the victory while the detractors are worried about their political future.

The victory march of the BJP began with winning the prestigious Bihar assembly elections last month. All the non-BJP, non-JDU parties came together with a determined aim to make the BJP-JDU combine bite the dust. At times they seemed to succeed in their mission. But, the voter has decided otherwise. And the BJP-JDU combine secured a promising victory. The massive win at the by-polls only added flavor to this victory.

Buoyed by this electoral success, the BJP focused its attention on the Greater Hyderabad Municipal Corporation (GHMC). This important municipal corporation was ruled by the ruling Telangana Rashtra Samiti (TRS) in association with All India Majlis-e-Ittehadul-Musalmeen (AIMIM) led by ultra-communal Asaduddin Owaisi and his brother Akbaruddin. Both are famous for their poisonous speeches in the public domain. The BJP had just 4 seats in this local body.

The party leadership decided to crack this hard nut and planned a very systematic and high profile election campaign. Top leaders including party’s national president J P Nada, Home Minister Amit Shah, UP Chief Minister Yogi Adityanath and others literally took the city electorate by their positive electioneering and succeeded in gaining their confidence. The voters gave their mandate to BJP with the party’s graph rising to 48 from just 4 seats.

Next were the local body elections in Rajasthan. The Congress had defeated the BJP in this state and grabbed the power. But to everyone’s surprise, the BJP secured 1853 seats out of 4850 seats and emerged successful gaining the confidence of the rural electorate who had endorsed the development politics of the party.

Similar was the case with TAC elections in Assam. Here out of the 36 seats, the BJP secured 33 to register a big win.

And now, the J & K DDC elections. Abrogation of Article 370 and 35A had caused much flutter in the state of Jammu and Kashmir with parties like National Conference (NC), PDP of Mehbooba Mufti and others raising a hue and cry over the removal of special status to the Himalayan state. But the Parliament agreed to the proposal and the controversial Article that was included into the Constitution ‘temporarily’ was finally removed. 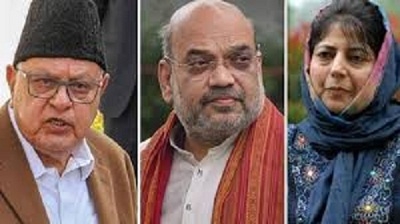 Former Chief Minister Dr. Farukh Abdullah, his son Omar and PDP’s Mehbooba Mufti had rented their anger over the abrogation of this article. Farukh had even gone to the extent of taking the help of China to restore the pre-371 status of the state and Mehbooba refused to hold the National tricolor as a mark of protest. These views of these leaders alienated them from the local electorate who are Indian at heart and Indian to the core.

The elections held in 8 phases saw the participation of over 48 to 57 percent voters who came out of their houses braving the inclement weather and biting cold and under the threat of Pak-sponsored terrorism. The lowest percentage was 48.62 in the second phase while the highest was 57.22 in the 7th phase of polling. Spread over the period from Nov 28 to Dec 19 the elections were peaceful and sans any violence.

Most important and significant part of this election is BJP’s victory in the Kashmir Valley region. Here the party has won three seats besides a massive tally in the Jammu region taking its total tally to 76 out of 280 seats count. The Gupkar alliance gathered 107 seats while the Congress was the big loser with its tally of just 25 seats. Independents and others have made a major dent with securing 50 plus seats.

Jammu and Kashmir BJP President Ravindra Raina rightly described this victory as ‘Bharat ki Jeet’ (Victory of Bharat). The massive victory of the BJP speaks volumes about the local electorate rejecting the politics of division and violence and supporting the policy of development of the Modi Government. The blossoming of ‘Kamal’ for the first time in the Kashmir Valley is definitely an indication of change that is awaiting the people of Kashmir. This ‘Haven on the Earth’ will soon be blooming with confidence, progress and prosperity under the ‘Sab Ka Saath – Sab Ka Vikas – Sab Ka Vishwas’ policy of the Modi Government.
Jammu and Kashmir DDC Polls BJP Gupkar alliance Congress Violence