Bodo Peace Accord: Heralding new dawn of peace in Assam 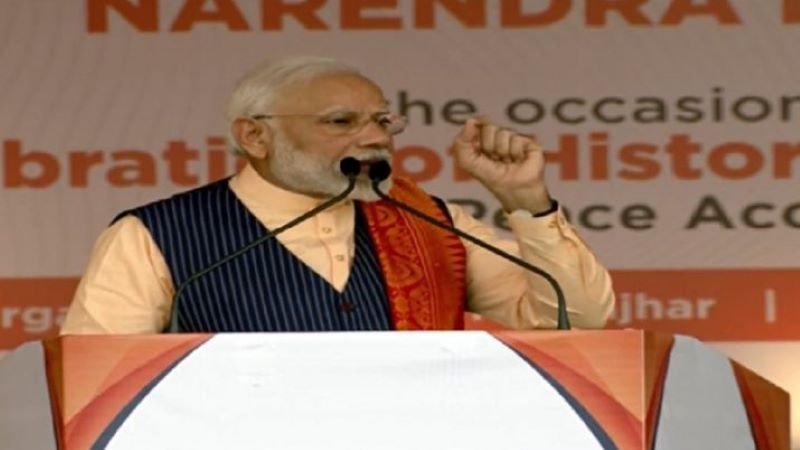 As the news of Bodoland accord flashed in the media, my mind went back to those days of the late 1980s when the Bodo areas of Kokrajhar in Assam were reeling under mindless violence and instability. It was over a period of nearly two decades that Kokrajhar and surrounding Bodo areas suffered innumerable and irreparable losses both to property and life. Therefore, when Prime Minister Narendra Modi said on Friday that the Bodo Accord has paved way for peace, I fully understood what he meant.

Way back in 1985, the Assam Accord was signed between the then Prime Minister Rajiv Gandhi and leaders of All Assam Students’ Union (AASU) and All Assam Gana Sangram Parishad (AAGSP) which later merged to form the Asom Gana Parishad and formed the Government in Assam riding on the wave of Assam Peace Accord.

But in their zeal to carry forward the Assamese sentiment, those leaders forgot and neglected the aspirations of their fellows in Kokrajhar and other tribal-dominated areas resulting in the rise of agitation for separate Bodoland in 1987. The All Bodo Students’ Union (ABSU) under the leadership of Upendra Nath Bramha took up the issue of development and started a peaceful agitation but that soon turned violent due to criminal neglect of the then Assam government headed by Prafulla Kumar Mahanta. Since then the Bodo dominated areas in Assam bore witness to such violence and killings.

Therefore, against this background, the signing of the Bodoland Peace Accord is really a positive step towards ushering in durable peace and sustainable development in the region involving the local populace along with the government agencies.
That is why the Prime Minister rightly emphasized the importance of development and urged the surrendered militants of NDFB to participate in the development process of their region. Addressing a public rally in Kokrajhar district Modi also appealed to all other militant groups and outfits of Northeast, J & K, and other parts of the country to shun violence and give peace a chance.

The Prime Minister, during his speech, focused on the various provisions of the new Bodo Accord that has addressed several vital socio-economic and development-related issues of the Bodo community and asserted that the new Bodo Accord would usher in a new dawn, a fresh vigor and renewed hope in Assam and would help the youth fulfill their aspirations. He highlighted as the important fallout of the Bodo Accord is that no citizen will die of violence.

He said that the Bodo peace accords which were signed earlier in 1993 and 2003 could not bring lasting peace in the region. However, with the latest ‘Peace Accord’, permanent peace has prevailed and it has met all the demands of the organizations. He further said that development is now the first and foremost preference of his government.

The Modi government needs to be appreciated for solving the decades-old armed insurgency involving different Bodo factions, especially the dreaded National Democratic Front of Bodoland (NDFB) that was responsible for killing several thousands of innocent people-majority of whom were from different non-Bodo communities.

Moreover, there were internal wars between the various factions of the Bodo militants in which a good number of Bodo people were also killed causing irreparable damage to the Bodo community. The president of ABSU and Bodo Sahitya Sabha were also killed in such fratricidal violence. 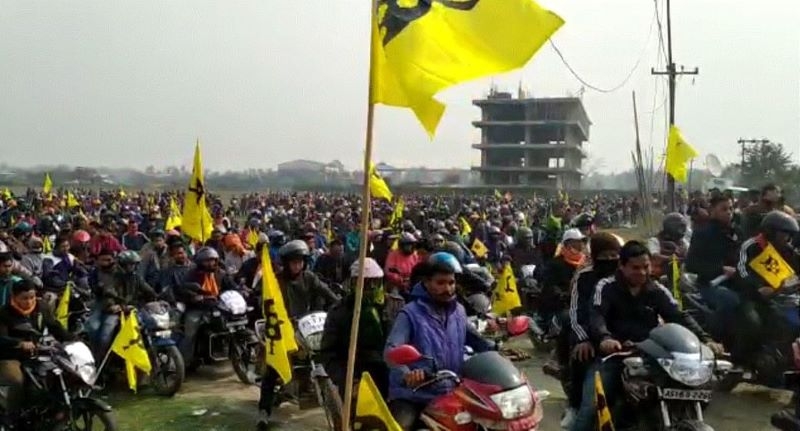 It is also a fact that while immigrants having roots in erstwhile East Pakistan and present-day Bangladesh have occupied most tribal belts and blocks and reserved forests and another government land in the present Bodoland Territorial Region areas, they had also reached a status where they even engaged in attacking Bodo villagers in large numbers on more than one occasion.

The Bodo Peace Accord will now put a full stop to this culture of violence, blasts, and killing. Along with this, the Modi government must focus on the detection and deportation of the illegal migrants who had sneaked into Indian territory and settled in the Bodo and other tribal areas forcing the indigenous people out of their hearts and homes and allow peace to settle in the region. Unless that is taken care of, peace will be a distant dream and development would remain only on paper.

The Prime Minister paid tributes to the pioneer of the Bodo Movement former ABSU President Upendra Nath Brahma and Rupnath Brahma and also remembered famous saint Srimanta Sankardeva of Assam during his visit.

The Prime Minister was extremely pleased with the color of the Bodo “Aronai” and “Dokhona” during the welcome ceremony and said he had never seen such a colorful rally in India. He also said he had not seen such a huge people’s conglomeration anywhere. He also stated that the attendance of several lakhs of people in the people’s rally has enhanced his faith in the people of the region. Appreciating the huge motorcycle rally that was organized ahead of his visit in Kokrajhar on Thursday, the PM said that posting of this event in the social and electronic media made the Bodos well known to the people across the country.