The advent of a new prophet 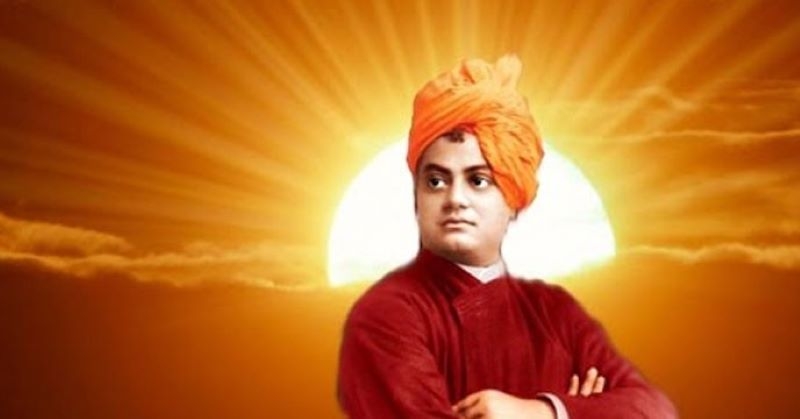 September 11 is remembered in world history for two events. One, on the same day in 1893, Swami Vivekananda delivered his message to the West. This was the message of Sanatana Dharma, the message of humanity, the message of celebrating diversity, and identifying the supreme principle of unity.

Two, the terrorist attack on the twin towers of the World Trade Center in New York in 2001. This attack sponsored by the Islamic Jihadi terrorists led by Osama-bin-Laden, not only destroyed the towers and killed and maimed a thousand human beings, it destroyed the message of celebrating diversity and experiencing the unity hidden in it.

Of the two events, the first one has made a deep impression on the world thinkers while the other one was rejected and discarded by the world. The impression created by the words of Swami Vivekananda was so deep that on January 18, 2013, the British Parliament passed a resolution in commemoration of the 150th birth anniversary of Swami Vivekananda.

“That this House, on the 150th birth anniversary of Swami Vivekananda, recognizes the valuable contribution made by him to interfaith dialogue at the international level, encouraging and promoting harmony and understanding between religions through his renowned lectures and presentations at the first World Parliament of Religions in Chicago in 1893, followed by his lecture tours in the US, England, and mainland Europe; notes that these rectified and improved the understanding of the Hindu faith outside India and dwelt upon the universal goodness found within all religions; further notes that he inspired thousands to selflessly serve the distressed and those in need and promoted an egalitarian society free of all kinds of discrimination; and welcomes the celebrations of his 150th birth anniversary in the UK and throughout the world.”

In November 2010, the then US President Barack Obama during his visit to India, spoke very high of Swami Vivekananda’s message. Addressing the members of the Indian Parliament he recalled the visit of ‘renowned Swami Vivekananda’ to his home town Chicago over a century ago.

Obama said: “My confidence in our shared future is grounded in my respect for India’s treasured past—a civilization that has been shaping the world for thousands of years. Indians unlocked the intricacies of the human body and the vastness of our universe…. India not only opened our minds; she expanded our moral imagination.”

And the sole credit for this ‘opening the minds and expanding moral imagination’ of the West must go unquestioningly and undoubtedly to one and the only one Swami Vivekananda. It was he who played a historic role in placing the jewels of the ancient Indian thought before the West and thus helped them in widening the dimensions and depth of their moral imagination.

Before embarking upon his ‘Mission to the West’, Swami Vivekananda meditated on the Shripad Shila, situated in the Hindu Mahasagar (Indian Ocean) at a distance of 200 meters from the mainland. It was here he got the clear vision of his ‘Mission to the West’. Swami Vivekananda’s visit to Kanyakumari is the culminating and crowning act of his pilgrimage of India. He reached there on December 24, 1892 and swam to the rocks and meditated there for three days and nights and returned to the shore on the fourth day.

Swami Ranganathananda, the former President of Ramakrishna Math, described the outcome of Swami Vivekananda’s meditation in the following words: “Out of the meditation at Kanyakumari arose the conviction in him of the nature and scope of that world mission which Sri Ramakrishna had entrusted to him before leaving his mortal body. He would go to the West and preach to its highly individualistic and intellectually self-conscious people the message of Eternal India, the spiritual message of Sanatan Dharma, the rational and universal message of Vedanta and with their support of the material redemption of his own people.”

Swami Vivekananda went to the Parliament of Religions not as an emissary of any religious authority or institution; not as an official representative of the government. He went there as a representative of the expanding spiritual consciousness of India in its fullness, through the instrumentality of a group of nationally sensitive Indian people.

The Parliament of Religions opened on Monday, 11th September 1893 at the Art Institute building in presence of four thousand men and women who had gathered in the Hall of Columbus and the hundreds were standing in the galleries and doorways in breathless silence and in the mood of tense expectancy. The ten principal religions—Judaism, Islam, Buddhism, Hinduism, Taoism, Confucianism, Shintoism, Zoroastrianism, Catholicism, and Protestantism—participated in the Parliament which began at the stroke of 10 am on that appointed historic day.

Cardinal Gibbons, the highest dignitary of the Roman Catholic Church in America occupied the central seat. All the delegates were dressed in their respective appropriate apparel—Swami Vivekananda was conspicuous amongst all the delegates with his gorgeous red apparel and a yellow turban.

After the initial prayer of the Lord “Our Father who art in heaven...,” the proceedings of the Parliament began. Swami Vivekananda sat rapt in silent meditation. Every time the Chairman called his name he would say, “no, not yet”. At last, the Chairman insisted forcing the Swami to rise to speak. He bowed to Goddess Saraswati and began his speech by addressing the audience as “Sisters and Brothers of America”. And that worked like a magic spell! Before he could utter another word, the entire audience enthusiastically responded to him rising to their feet and sending deafening notes of applause over and over again. For full two minutes, he attempted to speak but the wild enthusiasm and applause of the masses did not allow him to proceed. This thunderous applause instantaneously recognized that his thinking was different from the others. This was like heralding the advent of a new prophet!

When the silence was restored, he began his address greeting the youngest of the nation in the name of the most ancient order of monks in the world, the Vedic order of Sannyasis, a religion which has taught the world both tolerance and universal acceptance. It was a short speech but it voiced the spirit of the Parliament; its sense of universality captured the whole assembly.

The Swami quoted two passages from Hindu scriptures to drive his point home. “As the different streams having their sources in different places all mingle their waters in the sea, so O Lord, the different paths which men take, through different tendencies, various though they appear crooked or straight, all lead the Thee!” And the other: “Whosoever comes to Me, through whatsoever form, I reach him; all men are struggling through paths that in the end lead to Me.”

Swami Ranganathananda described the speech as “a brief but intense” speech and its spirit of universality, earnestness, and breadth of outlook completely captivated the whole assembly.

Sister Nivedita has caught the spirit of his addresses. In her introduction to the ‘Complete Works of Swami Vivekananda’ says, “Of the Swami’s address before the Parliament of Religions, it may be said that when he began to speak, it was the religious ideas of Hindus; but when he ended Hinduism had been created. …For it was no experience of his own that rose to the lips of Swami Vivekananda there. He did not even take advantage of the occasion to tell the story of his Master. Instead of either of these, it was the religious consciousness of India that spoke through him, the message of his whole people, as determined by their whole past. And as he spoke in the youth and noonday of West, a nation sleeping in the shadows of the darkened half of the earth, on the far side of the Pacific, waited in the spirit of the words that would be borne on the dawn that was traveling towards them, to reveal to them the secret of their own greatness and strength.”