Vishwakarma Jayanti versus May Day 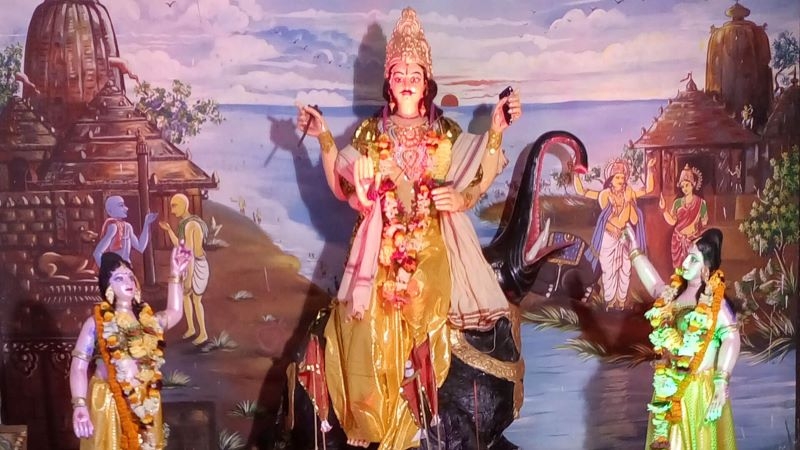 The Purush sukta in the Rigveda while describing how the world was created, says, nothing was there in the beginning. Vishwakarma, another form of Param Purush, decided to create the world through a yajna called ‘sarva medha yajna’. But the problem came, there was nothing to be offered as ‘havis’. Vishwakarma did not hesitate; he offered himself as the havis. Thus, the world was created by the first sacrifice of Vishwakarma. By his sacrifice, Devas increased their strength:

Vishwakarma started a long tradition of such great personalities in India’s history who sacrificed their lives for the sake of others. He was the first labor in the world and is the Acharya of labor. Work is considered . Many people belonging to different caste divisions of labor consider that they are the successors of Vishwakarma. Those respectable skilled labor who served the society by their skilled work came to be called as Vishwakarmas.

In western history, labor always remained exploited. During the slavery period of western history, the master had the right over even the life of his slaves. However, after the industrial revolution, large factories came into being, and thousands of workers working together in factory premises made them organized. Thus, western society slowly started recognizing the workers. However, in India, labor had a high dignified position in society from the time of the Vedas. Vishwakarma, who is adorned with divinity, symbolizes the dignity of labor.

In Ramayana Ayodhya kanda, when Bharata went to the forest to bring back Sri Rama, Sri Rama gives much advice to Bharata which are the foundations of a Ramarajya. One such advice was that a ruler should take care of the labor properly. He asked whether, in Ayodhya, workers are adequately paid their wages; otherwise, it will be the most unfortunate occurrence (Valmiki Ramayana 2.100.33). He says specifically, father Dasaratha reached heaven because he maintained his employees properly (भृत्यानाम् भरणात् सम्यक्- Valmiki Ramayana 2.105.33). Sri Rama’s advice is an eye-opener to all the rulers. 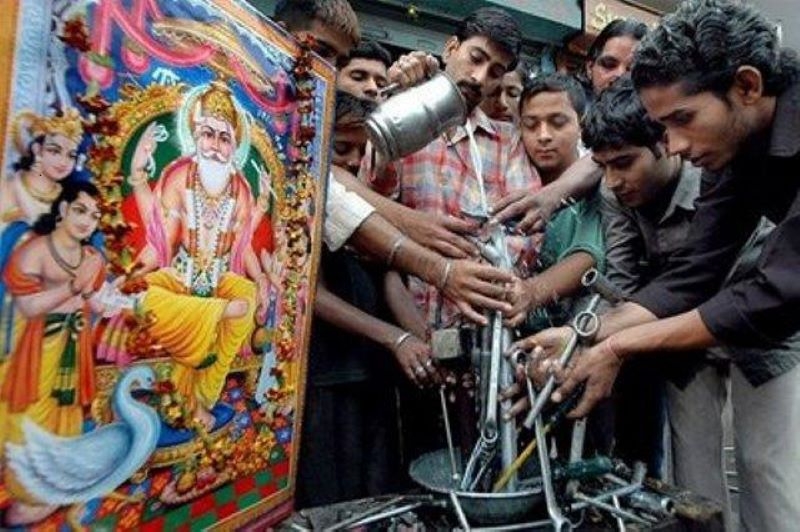 Vishwakarma symbolizes the paradigm shift in the present-day thought process on labor. One aspect of it is, the Bharatiya Mazdoor Sangh (BMS) had accepted family as a model for industrial relations, i.e. “Industrial family”. This is in contrast with the master-servant relationship of the west or the class enemy concept of the Communists.

May Day imported from the west fails to motivate labor positively, whereas Vishwakarma Jayanti does. May Day is famously known as a commemoration of the agitation for eight-hour work which occurred in Chicago, the US on the 1st of May, 1886. But even before the incident, the Government had accepted the same demand, and US Congress had passed a resolution on the same in 1868. Moreover, due to irresponsible handling of the issue, it ended in a clash with Police in which seven policemen and four laborers died.

The violence happened as a result of unhealthy competition between rival trade unions, especially the Communist unions. Consequently, several leaders were in Jail, and four leaders were hanged to death. In the American trade union history, it became known as a total failure. Thus, the Trade Union movement, which was fast growing in the US met with a sudden fall. For such reasons, US Trade Unions do not celebrate May Day, instead celebrates 1st Monday of every September as Labor Day. On the other hand, May Day was later celebrated in the US as “children’s day”! We have to remember that when Chauri Chaura's violent incident happened in India’s freedom struggle, Gandhiji immediately stopped the agitation.

The second stage reminds us of a great communist betrayal of its followers. Even though initially in 1889, Communist International decided to celebrate May Day as Labor Day, later it became a contentious issue, and finally, in 1904 they dropped the idea of celebrating May Day anymore as Labor Day.

Non-Communist trade unions like INTUC of the Congress also celebrate May Day without knowing the real story. Most of the Trade Unions in the world consider it as a matter of Communist betrayal and do not celebrate May Day as Labor Day.