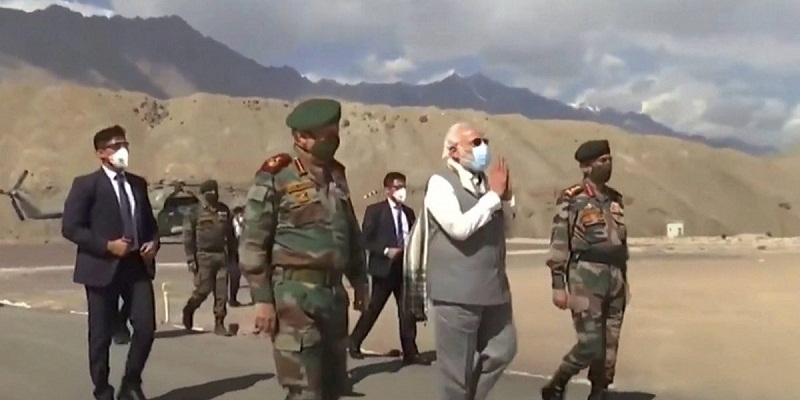 How the Indian Defence Doctrine will shape up in 2021 after Chinese aggression/incursion in Eastern Ladakh is a matter of conjuncture to be dwelt on Army Day due on Friday 15 January 2021. As the situation deteriorated following the Galwan Valley clashes, Indian Air Force deployed almost all its Front line Fighter Jets like Sukhoi 30 MKI, Jaguar and Mirage 2000 in Key Frontier Air Bases in Ladakh and elsewhere along the Line of Actual Control with Rafael’s leading the Force. Poseidon-8I Anti-Submarine and Surveillance Aircraft of Indian Navy were/are deployed for surveillance of Chinese movement in mountains. Simultaneously, Indian Navy significantly increased its deployment of Warships, Submarines and other assets in the Indian Ocean Region (IOR).China has carried out one of the biggest Air Exercise in Tibet in first week January,2021.

All this has warranted formulation of a Post-Ladakh Defence Doctrine 2021.What is given below is not an Official Doctrine but my visualization based on Theatre Command Concept which has been given green signal by GOI, available subject information in media, Real Time Strategy Theater Command War Games available on internet and my perception based on personal combat and strategic experience.

Indian Defence Forces are going to be reorganized into Five Theatre Commands namely Northern Command along border with China, Western Command along border with Pakistan, Peninsular Command for Coastal Defence, Air Defence Command for defence of Air Space and Outer Space and Maritime Command for Sea Defence. Lieutenant General/Equivalent Ranks would have Operational Control of these Commands while Service Chiefs would be tasked with mobilizing resources for/to the Theatre Commanders.

As per the plan, each Theatre commands will have units of Army, Navy and Air Force who will work as a single entity looking after security challenges in a specified geographical territory under an Operational Commander. At present, Army, Navy and Air Force have 16 separate commands. Major challenges in this regard are; a) Command Structure in Joint Theatre Command Configurations; b) Shortage of resources within IAF which will prevent/affect physical positioning of air resources in a particular Command.

Therefore, they would be placed under Air Defence Command which would be tasked with defending the Indian Airspace and c) Our limited experience with Integrated Command Structures which has been successfully tried by US, UK, Russia in/against NATO and recently adopted by China. 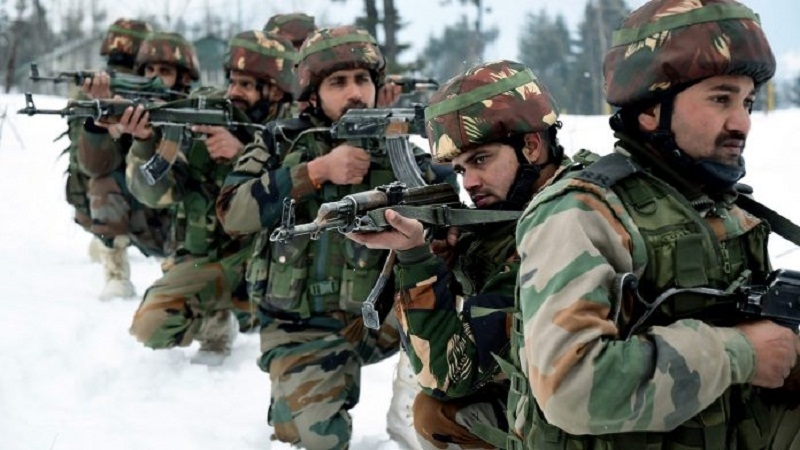 Military operations till date were/are mainly Infantry oriented and organized, equipped and trained to prevent Territorial Loss. Accordingly, our Military Doctrine was based on allowing the enemy to attack first, absorb the attack and then launch a counter attack. During 1971 Indo Pak War, this War Doctrine saw a sea change. Indian Army launched aggressive operations against Pakistan using Aircrafts, Tanks and Warships to defeat her in just 14 days. Fallout of that was establishment of First Mechanized Infantry Division in 1979 wherein. Infantry Units were provided with Armoured Personnel Carrier which could carry Infantry to objective speedily to accrue best advantage of the ‘Shock and Awe’ effect created by the tanks that had overrun the objective. In late 1980s and early 1990s, there was a continuous process of evolution of War Doctrine based on Mechanized Forces. Still, our Army was relying on old ‘Deep Sledgehammer Blows’ in high-intensity attrition warfare concept which became increasingly unsuitable for responding to growing Pakistani sub conventional threat and bold Chinese incursions along IB.

Prior to Kargil Conflict of 1999, Army relied on leveraging the massive conventional superiority of its Strike Corps wielding significant Mechanised and Artillery support for securing a decisive advantage over the enemy. In 1980s, Indian Army undertook two major military exercises namely Exercises Digvijay and Brass Tacks which demonstrated India’s ability to launch joint land and air operations in the plains of Punjab and Rajasthan while holding in Himalaya. The massive offensive power wielded by the Strike and Holding Corps had significantly bolstered India’s conventional advantage over the Pak Army but not against China. Nuclearization significantly transformed Indo Pak military equations, and enabled Islamabad to employ terrorism and as a tool to blunt India’s conventional edge. Post-nuclearization, escalation risks evidently eclipsed India’s large scale conventional advantage and restrained the Indian political leadership from launching punitive strikes during the Kargil Conflict in the summer of 1999.But it was not to be so against/with China. Though our Nuclearization significantly tilted the scale in our favor, Chinese conventional superiority and fear psychosis of 1962 still haunted our psyche when question of facing them came up time and again. 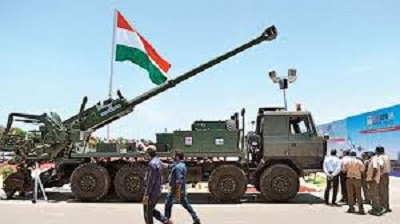 After many changes in the strategy, current 'Cold Start Strategy' became operational in 2004. That meant striking the enemy straight from the unit garages by prepositioning troops and support elements appropriately. This Doctrine aimed at attacking Pakistan without a full blown Nuclear Clash. But it gave cursory importance to China. Still it held China on, in present Ladakh crises. Our foremost enemies are Nuclear States. Pakistan Nuclear Policy states that it will use its Nuclear Weapons “at the moment” when India threatens its Islamabad Karachi Green Belt, Nuclear Arsenals or it suffers major losses on outbreak of war. Chinese Nuclear Policy is vague. Indian Aim is “Not to Breach Pakistan Nuclear Policy” during the war but at the same time, quickly mobilize and reorganize troops to launch Punishing Attack Operation. This was evident against China in Doklam and Ladakh aggressions and Balakote Air Raid and Punchh in Battle to Pakistan. Concern of escalation loomed large in India’s response calculations in the nuclear environment. The escalation syndrome deterred New Delhi from responding to recurrent incidents of terrorism including the 26/11 Mumbai terror attacks/likes of it or Chinese mischiefs. Joint Doctrine of the Indian Armed Forces 2017 and Land Warfare Doctrine-2018 are important indicators of India’s changing military posture to deal with the existing and emerging military challenges both against Pakistan and China.

Here comes/arises concept of ‘Integrated Battle Groups’ (IBG) which are low on Logistics and will be able to Mobilise within 12-48 hrs based on their location. These are combination of Three to Five Armoured Regiments/Machanized Infantry/Infantry Units. Thought process behind ‘Cold Start Strategy’ actually forms the precursor for this concept. IBGs are agile, brigade sized, self-sufficient Combat Formations which can swiftly launch strikes against enemy. As per Chief of Defence Staff, General Bipin Rawat, more than a dozen IBGs will soon be operational as a part of overall Force Transformation which has been given a ‘go ahead’ by GOI. It would be a holistic integration to enhance the operational and functional efficiency, optimize budget expenditure, facilitate force modernization and address Strategic/Tactical aspirations of Military. Each IBG will be tailor made, based on three ‘Ts’: Threat, Terrain and Task. Each IBG will be headed by a Major General and will consist of approx 6,500/10,000 Troops and related equipment. An IBG's operation in the deserts or plains will be different from the operation in mountains but will effectively strike harder and quicker in comparison to the Existing Formations on ground. 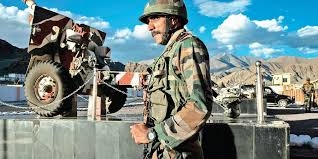 IBG will have a specific role while they are a part of a particular formation (Strike/ Holding) and as it moves to another formation its Operational Role will change. It would be during an operation that various Combat and Combat Support Elements will be grouped together to fight as Integrated Battle Groups. IBGs, by being able to launch multiple swift and shallow offensives, can inflict heavy damage on Chinese/Pakistani Army and deny it the opportunity to consolidate and launch retaliatory strikes. Besides right sizing large Strike Formations into the leaner and agile force, the IBG also seeks to achieve an overall synergy in the use of arms. IBGs are terrain, task and threat centric. In order to make them lighter for speedy application, these will be low on logistics and lack reserves, because of which they will have limited staying power and hence will need backup. Therefore, present organizations of Brigades and Divisions will also continue to backup and/or hold ground gained/captured by IBGs.

While present Army Command is the largest Static Formation of Army spread across defined geography, a Corps is the largest Mobile Formation. At present Army is structured to have 3-5 units comprising a Brigade, 3-5 Brigades comprising a Division, 3-4 Divisions comprising a Corps. Various Corps are equipped and organized to constitute ‘Strike Corps’ for Offensive Role and ‘Holding Corps’ to Maintain Territorial Integrity of own IB. All this will change in Theatre Command Concept. Army Formations are to be reorganised into IBGs which are units under on land Theatre Command/ Peninsular Command. It will have required essential elements like Infantry, Armour, Artillery, Air Defence, Attack Helicopters, ICVs, Combat Support along with Logistic Elements embedded together based on the three ‘Ts’ in on land Command and with Peninsular Command on War Ships in IOR Region. Each on land Corps is likely to be reorganized into Two to Six IBGs. While the Strike Corps IBGs would quickly mobilise and make a thrust into enemy territory (Aksai Chin) for strikes, Holding Corps IBGs would hold ground at vulnerable points (Doklam/Daulat Beg Oldi) or where enemy action is expected (Chushul/Pengong).

Size of these battle groups will be bigger than a Brigade (5000 Troops) and smaller than a Division (20,000 Troops). These IBGs will comprise of all the elements less Air elements that will be fighting together cohesively and will be so located that they can be effective in a much shorter time frame and with much greater effectiveness to fight a short, intense war and capture shallow objectives without crossing the nuclear threshold of both our adversaries. 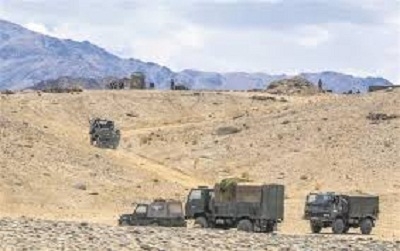 Military logic of future/recommended Doctrine would also reinforce India’s conventional deterrence against terrorism and sub conventional provocations by Pakistan and territorial incursions by China. IBGs by virtue of their ability to quickly mobilise a number of mechanised formations stationed near the border can retain the elements of surprise and early attainment of political objectives in conflict. IBG’s would enable Army to launch multiple shallow offensives and secure early spatial gain along a broad front, which can be quickly consolidated. Though smaller in size, IBGs carry a lot of firepower by combining the offensive elements from both Strike and Holing Corps. Thus any terror or sub-conventional/conventional strike by Pakistan or conventional strike by China would extract a heavy cost.

IBG concept is equally applicable along all Indian frontiers with due customisation for Terrain and other Operational Factors. Recommended Doctrine will eradicate structural limitation of Operational Synergy within the different Arms of the Indian Defence Forces ie Army, Navy and Air force. IBGs’ are a logical conclusion of India’s gradual escalation and punitive retaliation strategy against Pakistan and China. India’s promise of inflicting unacceptable punishment to the adversary in a shortest possible time and cost is attainable with IBGs enabling an element of greater unpredictability to response repertoire. These will concentrate and coordinate firepower and fine-tune Army Air Force/Air Force Navy/All Three Services Joint Operations in Nuclear Environment. Such measures will lead to success in short and sharp future Indo Pak/Sino Indian Conflicts or in Two Front War Scenario in plains/mountains. It must be remembered that, “Future Art of War” lie in achieving Military Aims quickly without crossing Nuclear Threshold.