What do Supreme Court actions portend? 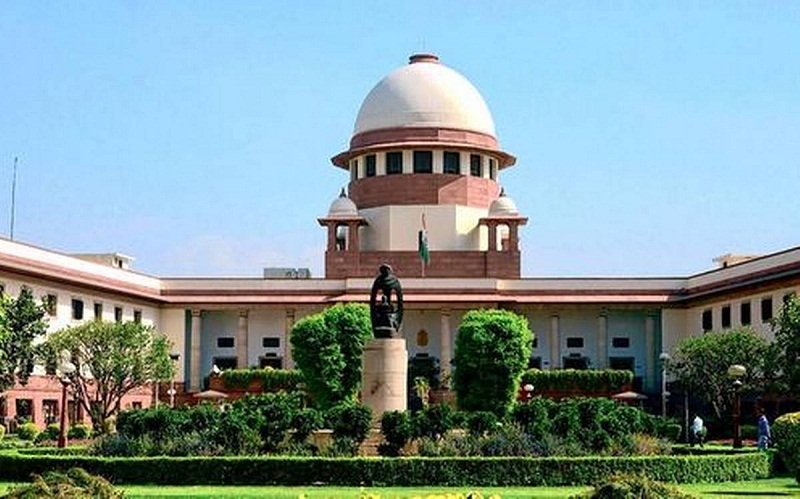 Most of the reactions to Supreme Court stalling the Farm Acts have centered round the actions and reactions of farmers, Left and cohorts, legal experts and proponents so far. Rightly so, because the nation is holding its breath, waiting for farmers to see reason after Supreme Court appointed a committee to look into the entire gamut of issues rising out of Farm Acts.

As a nation, we lurch from crises to crises. Since 2014, there is not one act and action of the government which has not made Left-Liberal and Secular lobbies to create outrage or take it to the courts. Every new crisis makes us forget about previous crises or crises previously created by the opposition parties and lobbies with vested interests who enjoyed perks of being close to the ruling clique and suddenly find themselves out in the wilderness.

This is not the first time that the courts have entered the executive arena. For the agitators, it was of no consequence that the CAA had nothing against Indian Muslims; it was about persecuted minorities outside India’s borders. Supreme Court created a ‘committee’ to talk to agitating anti-CAA mobs blocking the streets and critical arterial roads. Though it did censure the police, it still fell into this trap. Its failure did not deter the courts to make the same mistake again. It didn’t deter the Supreme Court from creating another committee to resolve crises arising out of farmers’ agitation, whose leaders kept changing goal posts and finally came to a maximalist position of nothing but repeal of the acts passed by both the houses of the Parliament.

Whether this mess of anti-CAA mobs taking over streets for weeks was the making of the central government or the Supreme Court is open to debate. We cannot blame the SC alone for it. This inaction on part of the government in breaking the blockade by a relatively small crowd backed, no doubt, backed by powerful lobbies with international media as their allies, would cost it heavy was clear from the glee with which opposition leaders were strutting about after Delhi elections. They were ready to create 80 more Shaheen Baghs, maybe even more. But, alarm bells didn’t ring. The ball was lobbed into the SC court. The Covid-19 pandemic came to the rescue of all concerned but the state and the judiciary had failed in their job of controlling law and order. Courts are more to blame for raising the right to dissent to some noble heights unconditionally, refusing to read the intentions and mode of dissent. 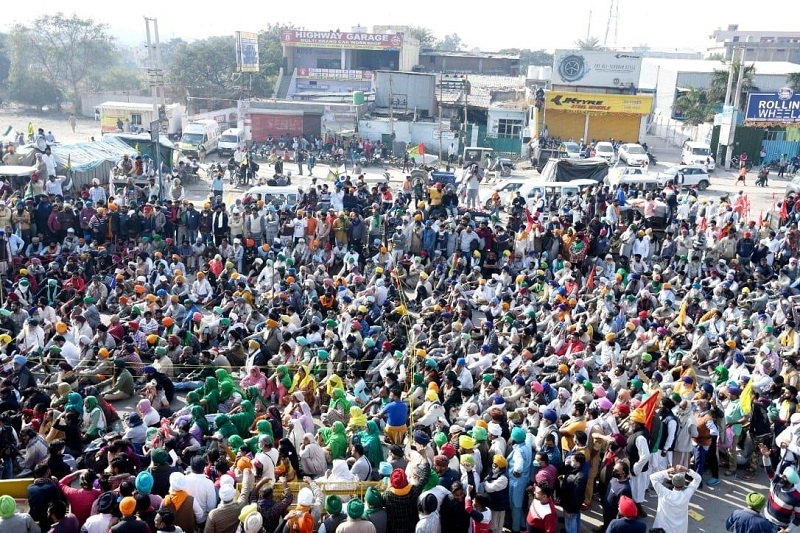 Spiralling out of Farmer agitation

Farmer agitation would be created on big scale was obvious from the uproar and walk outs in the Parliament. It was obvious from the way the state governments, farmer leaders, unions and politicians, who had actually wanted these agriculture reforms but didn’t have will power to implement, had taken a U-turn. It is no gainsaying that government should have anticipated this, knowing the track record of opposition and other lobbies of viciously opposition every action and any reforms. Government was aware of its weakness in Shaheen Bagh, unless it considered its strategy. If it was a strategy, obviously, it hadn’t worked. It had only emboldened the forces of anarchy. Government and its ruling party failed to communicate and create the right atmosphere through huge majority of farmers who had accepted the new agriculture reforms with open arms.

Thus, this situation was waiting to explode. The Left lobby had read the weakness of the government during CAA. They realised that this government is loath to take strong police action even on small groups, so rousing the inflammable passions of hardy farmers of Punjab was an easy game. The same lobby jumped onto farmers’ bandwagon. All the discredited, out of job communist union leaders got a new lease of life. Other anti-national forces too jumped into the fray, as various demands rose during this period by fringe groups’ show. That they were unreasonable from day one is obvious. But, that doesn’t change the fact that the issue finally landed up in Supreme Court. We do not know if this was a strategy of the central government to let issue finally reach SC as many contrive to think, or whether it is the result of various cases filed in the SC. But, it is not working so far as it seems today. Because, opposition wants no solution but anarchy.

Where will this lead?

Now, the issue has taken a more dangerous turn with Supreme Court’s dignity at stake. However this is not the matter of worry. Beyond that one should be worried at mobocracy has been allowed to overrun democracy. Democracy runs on the will of the majority that sees a ruling party forming the government. Now this majority has been bad mouthed as majoritarianism. This is the most dubious and malicious argument thrown by the defeated Left liberals’ lobby, defeated in every sense – in elections and at popular level. For 70 plus years, government by a single party or by a disparate combine was fine but now it is fascism! For Communists to claim moral high ground is a joke as they believe in one party rule, forget majority.

Court’s interference in the matters of executive has been commented upon enough. But, its role in legitimising mobocracy has deeper sinister consequences. The appeal against CAA has not been disposed off yet. What will stop a few mobs of a few thousands from laying siege on Delhi, or even other cities as seen in replication of Shaheen Baghs across India in previous round? Will SC suspend CAA too? Challenge to nullifying Article 370 is pending in SC. Imagine the wily Kashmir valley politicians somehow manage to lay siege on Srinagar, or find support from Left cabal to recreate another Shaheen Bagh, will court go beyond the constitutionality of the government action?

What would have been the situation, if Hindus, fed up by slow moving case of Ram Mandir, decided to lay siege on Delhi or Parliament in lakhs? Or, if Hindus lay siege on Delhi to free their temples from government control? It would be a disaster! This strategy remains dangerous for the country if any group tries this game. But, flood gates have been opened.

Farmers may look silly now, with nearly all demands they began with, having been met either by the government or through the court order, but real danger lurks beyond this. Government may be pleased with so-called farmer leaders being outmanoeuvred; but this won’t deter shameless politicians from creating chaos. After all, destroying governance is their first goal. Courts may have felt supreme by lashing out at the governance and trying to take over the role of supra government in a misjudged idea of somehow resolving the conflict. But, they have created a precedent that will haunt Indian democracy for long time to come. The implications of their recent acts will be discussed for years just like infamous decisions of the judiciary during Emergency are discussed even to this day.

It is said that laws are only as good as the people. Nations run on respect for law, not fear of the police. The lack of respect for law is the first step towards anarchy. This is truly a “sankramankaal” on this festival of Makar Sankraman. Let us hope that sankraman is for the better as this festival envisages.