If Judiciary Wants to Govern the Country, let it Seek the People’s Mandate 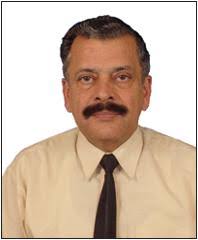 Major General Mrinal Suman
Total Views |
Farmers’ agitation does not warrant any intervention by the top court. The Parliament has legislated the acts, and it is for the executive to implement them. The court’s intervention (howsoever well-intentioned it may be) will embolden the agitators and worsen the situation, as it happened in the case of Shaheen Bagh.
As in all democracies, the ultimate power is vested in us, the people of India. We govern ourselves through our duly elected representatives. We elect the government and assign it the responsibility of ruling the country, ensuring internal harmony, public welfare and national security.
For governance, we delegate our sovereign power to the elected government and to no other institution. Any entity, even if it is higher judiciary, cannot usurp that power. Members of the higher judiciary are not elected by us and hence do not represent the will of the people. They have no right whatsoever to interfere in the governance of the country. Secondly, the government is answerable to us, the people of India, for its performance and not to any judicial entity. For any deficiency in good governance, people can hold the government accountable. Non-performing representatives are rejected at the next hustings. As the higher judiciary is not answerable to the people, it must not meddle in matters of governance. 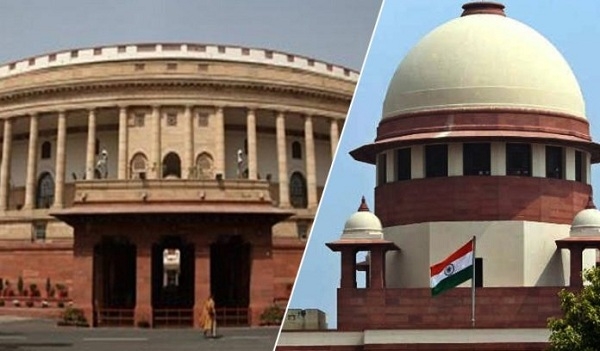 A few years ago, in one of my articles I had stated that India owes its existence as a thriving nation to three institutions – the armed forces, the election commission and the higher judiciary. Of late, the higher judiciary has disappointed many citizens. It needs to introspect about the role assigned to it by the Constitution. Some highly disturbing developments of the recent past are recounted here.
In the second week of January this year, in an unprecedented move, four senior-most judges of the Supreme Court held a press conference to assail the functioning of the Supreme Court. If aggrieved, the most honourable thing to do is to quit the organisation and then air one’s grievances publicly. By acting in an unbecoming manner, the four judges inflicted immense damage to the credibility of the institution. The four unhappy judges felt that they were being assigned less important cases. Honestly, one is surprised at their assertion. One thought that every case that comes before the Supreme Court is of utmost importance ‘with far-reaching consequences for the nation’. The four judges wanted cases of ‘their interest’.
However, it was the July 2016 judgement of the Supreme Court that caused the maximum pain wherein registration of FIR against the armed forces personnel, even in disturbed areas under Armed Forces (Special Powers) Acts (AFSPA), was made mandatory for every encounter death. Whereas all nations empower their soldiers to vanquish enemies of the state, our judiciary takes pride in shackling them. India must be the only country where active military operations are subjected to judicial reviews – an outlandish idea indeed.
Unfortunately, most of the judges are the progeny of well-known legal luminaries and have never seen a bullet fly past their ears. Human rights appear far more important than the security of the country when one’s family is safely ensconced in a secure air-conditioned home. The jihadi organisations have been waging an asymmetrical war, and they must have passed a vote of thanks to our Supreme Court!
However, the immediate trigger for penning this write-up was the handling of the Rafale case by the Supreme Court. As it amounted to usurping governance powers, it has been discussed in some detail here. Is it the function of the court to ascertain whether the proper procedure was followed for the procurement of a defence system or whether the price was justified? The courts should come in only when the prima facie case exists of any wrongdoing and not on the basis of vague and concocted allegations.
Is there any proof of anyone getting bribe money? No. Has any trail of sleaze funds been tracked? No. If there is not even an iota of proof of any corruption, what justification did the court have in admitting the appeal filed by a few disgruntled elements who turned Narendra Modi-haters after failing to get cabinet berths? Surprisingly, the Supreme Court appeared highly enthusiastic about the Rafale case, seeking government response in 10 days against the usual ‘next date of hearing’ after months and years.
Worse, the judges were not even sure as to what they wanted to ascertain. Initially, they wanted to know only about the procedure followed but changed their mind within 10 days. Now they wanted the cost breakdown with justification. In future, they could well demand to vet the complete field trials process as well. Is this the task of judiciary to decide which weapon system the country should buy and what should be the fair and reasonable price for the same? It is a preposterous proposition. We have made our elected government responsible for the security of the nation and not a bunch of self-opinionated activists trying to misuse the judicial process to settle personal scores.
The judges ought to know that major defence deals are an instrument of a nation’s foreign policy objectives. They do not take place in isolation and are invariably a part of a larger package agreed to between the two nations. Many key aspects are never made public, both on account of security implications as also to avoid international ire. One does not know as to what all has been promised by France under the Rafale deal. Hypothetically speaking, India may have demanded that Rafale be reconfigured for delivering nuclear weapons or BrahMos cruise missiles. The package could also include transfer of some cutting-edge technology or help in nuclear/missile field for advanced weaponry. Can these aspects be made public?
Moreover, India is buying Rafale as a complete fighting system and not just the platform. The real punch lies in its weaponry, avionics, electronics and radars. Operational capability of a strategic system depends on its configuration and it has to be a closely guarded secret. No country reveals such details to prevent the prospective enemies from initiating counter-measures in advance. Can all such commitments be revealed to satisfy the courts and the cynical elements? Demand for transparency cannot be carried to such ridiculous limits.

The detractors have accused the government of favouring Reliance group by ousting Hindustan Aeronautics Limited (HAL). This is by far the most ludicrous allegation. All 36 aircraft will be manufactured in France and delivered to India fully configured. Hence, the question of having an Indian production partner does not arise at all. One does not know whether it is sheer ignorance on the part of the critics or a deliberate plan with malicious motives.
Interestingly, the court also sought information about the selection of Anil Ambani’s Reliance group as an offset partner. It is an amazing query as the government has nothing to do with it. The offset policy, formulated in 2006 by the Congress regime, categorically states that the foreign vendor will be responsible for the fulfilment of offset obligations. Failure invites huge penalties and even debarment from future contracts. Therefore, the policy allows the foreign vendor to select Indian offset partners (IOP) of his choice. The government cannot suggest/nominate any. The provision makes eminent sense. If the vendor is responsible for the offsets, he must have the freedom to select IOP in whom he has faith. French firm Dassault has chosen close to 100 IOPs and Reliance is one of them, albeit a major one. How does the government come in?
Media reports suggest that the government is considering procurement of additional Rafale fighters, especially the naval version. Apparently, efforts were being made by the losing competitors to deter the government from going ahead. The stir being kicked up may well be a manifestation of the same.
Is the higher judiciary short of work and underemployed? Has it disposed of all the cases pending before it? If not, it should focus on doing its designated job rather than creating problems for the elected government through its undue interference. For example, forgetting the distinction between social evils and matters of faith, it unnecessarily generated animosity amongst various sections of the populace in the case of Sabarimala.
The higher judiciary is not mandated to govern the country. Governance should be left to the elected government. However, in case the judges feel very strongly about participating in governance, let us amend the Constitution and let the people of India elect the higher judiciary. Only people’s elected representatives get a mandate to govern the country, and that is the essence of democracy.
Farmers’ agitation does not warrant any intervention by the top court. The Parliament has legislated the acts, and it is for the executive to implement them. The court’s intervention (howsoever well-intentioned it may be) will embolden the agitators and worsen the situation, as it happened in the case of Shaheen Bagh.