"Skyfall": Meteorite fell from sky lands beside the sleeping lady

2.8-pound boulder, the size of a huge man"s fist, had just missed her head, leaving "drywall debris all over my face." Her close encounter

Total Views |
British Columbia, Oct14: Ruth Hamilton was sound asleep in her British Columbia home when she heard her dog barking, followed by "an explosion." She sprang to her feet and turned on the light, only to see a hole in the ceiling. Her watch read 11:35 p.m. 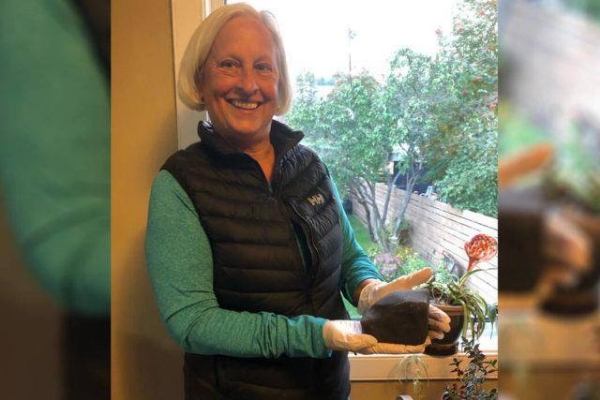 Ms. Hamilton initially assumed that a tree had fallen on her house. But, no, all of the trees were present. She dialled 911 and observed a huge charcoal grey item between the two floral pillows while on the phone with an operator.
“Oh, my gosh,” she recalled telling the operator, “there’s a rock in my bed.” She later discovered it was a meteorite.
Ms Hamilton said the 2.8-pound boulder, the size of a huge man's fist, had just missed her head, leaving "drywall debris all over my face." Her close encounter on Oct. 3 left her shaken, but also fascinated the internet and provided scientists with an unprecedented opportunity to investigate a space rock that had crashed to Earth.
"It just seems weird," Ms. Hamilton said in a Wednesday interview. "Then I'll walk in and look around the room, and there is, indeed, a hole in my ceiling." Yes, that did occur."
Also Read: Capture a glimpse at Facebook's Ray-Ban 'Smart Glasses'
Every hour of every day, meteoroids are hurled toward Earth. Meteorites form when they are large enough to survive the voyage through the Earth's atmosphere and land. They are collected by people. Others wind up as exhibits in museums. Some are available on eBay. Christie's hosted a record-breaking auction of rare meteorites in February, earning more than $4 million.
Meteor Ruth Hamilton Earth atmosphere explosion Canada