President Ram Nath Kovind conferred the Padma Shri award to human rights activist Birubala Rabha this past week. Rabha has been campaigning against witchcraft and witch-hunting in her home state, Assam, for several years. She has been relentlessly fighting for this noble and much-needed cause, for more than 15 years now, by appearing at public forums. 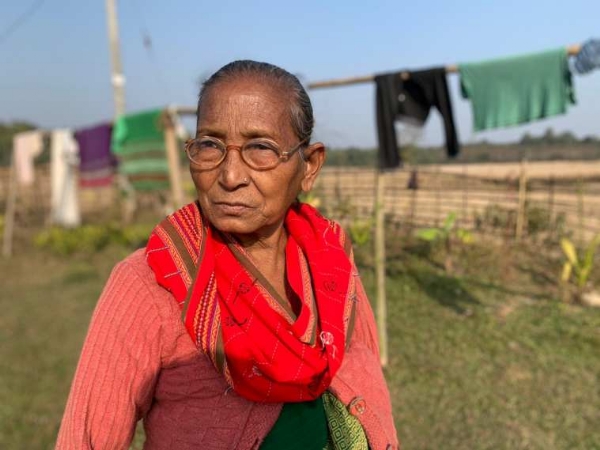 Rabha has travelled to many different places, trying to spread awareness regarding the mistreatment of women which happens blatantly across the country. She says that she is very happy with the honour which the Padma Shri gave her. She has faced several struggles, and even threats in her line of work that she has been doing for well over a decade now. The recognition of the Padma Shri award is no less than a blessing of those who have supported her throughout.
Birubala Rabha has faced several challenges throughout her life. Her father passed away, when she was just 6. That forced her to leave school, and help her mother, who was actually a farmworker. Rabha was then married off when she turned 15. She occupied herself with looking after her 3 children, along with weaving. In the 1980s, her eldest son suffered from typhoid. She had to get him help, so as for him to get better. She seeked help of someone was actually a fraud, who tried to convince her that her son was going to die, as he was under a spell. Her son, however, lived, and she stopped visiting quacks and frauds, she says.
Rabha also came across to hear stories of people from her village who were being labelled as ‘witches’, when she began working with a group of women. She also heard that several women from the neighbouring village had been brutally raped and exiled because they were ‘witches’.
She says that that is when she finally woke up, he went to the village, to found out that the women had been abused and were on the verge of being thrown out. She met with the local leaders and related the story of her son. She explained to them there were no witches, and that women should not be harassed under the false pretexts, of them being assumed to be witches.

Also Read | This Padma Shri awardee from Tiruchy strives for better sanitisation for rural India
Her Work – The work reached the Assam government, and they got to know about Rabha’s social work. That is when the Assam Witch Hunting Act was passed in 2015. Several women have been rescued from the threat of being hunted as ‘witches’, all thanks to Rabha and her the Assam Witch Hunting Act.
Achievements – Back in 2018, Birubala Rabha had been honoured with the Women’s World Summit Foundation prize. The Xavier’s Foundation, in association with Guwahati University, awarded Rabha with a certificate for her work. She has also been the recipient of a $1,000 cash prize from the Women’s World Summit Foundation, Geneva, Switzerland. In 2005, the Northeast Network nominated her for the Nobel Peace Prize too.
Birubala Rabha Padma Shri Ram Nath Kovind Human rights activist Assam Witch-hunting