For those who are still clueless, this phrase that sounds like a sports chant is actually a disguised insult to the current President of USA, Joe Biden.

Total Views |
This weird phrase, which has been going viral in the USA for the last two months has suddenly gained popularity this Thanksgiving weekend, with its chants being heard literally across all of America, from sporting events to political gatherings and even in Twitter feeds of American politicians as a hashtag. 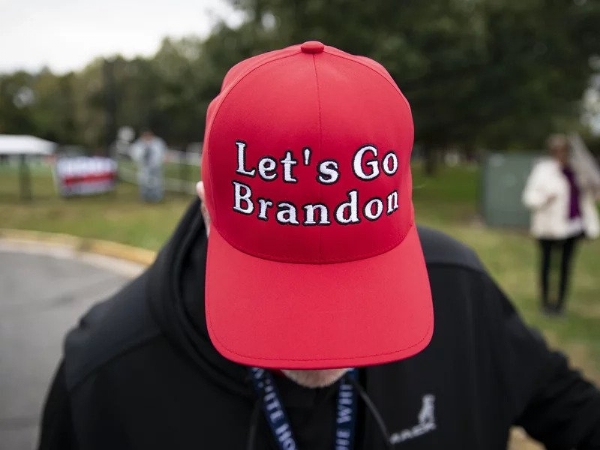 For those who are still clueless, this phrase that sounds like a sports chant is actually a disguised insult to the current President of USA, Joe Biden. It made its way into the US political discussions after a reporter misquoted a crowd chanting and obscenity about Biden. On 2nd October, the winner of the Nascar race at Talladega was being interviewed by Sports reporter Kelli Stavast, with a crowd behind them chanting “F**K Joe Biden”, a chant in the USA over past several months. During the interview, Stavast remarked about this, saying that “You can hear the chants from the crowd. Let’s go Brandon”. It is uncertain whether she misheard the original phrase or decided not to repeat it due to its profanity, but it gained rapid popularity, with those who are opposed to Biden’s presidency grabbing-up this new phrase to overcome social censorship.
“Let’s go Brandon” has trended on Twitter many times since this initial interview, with Republican party politicians using the phrase as a hashtag. A representative from Florida State ended his speech on the House floor of the US Congress (equivalent to the Lok Sabha floor) with this phrase. The representative from South Carolina wore a mask on the House floor with the phrase printed on it. Apart from the obvious insult directed at Biden (who is from the Democratic Party), the Let’s go Brandon phrase has created its share of controversy. A pilot for Southwest Airlines used it during a flight announcement, and two of the top five best selling songs released on Billboard in the 2nd week of November referenced this phrase. Along-with the “Let’s go Brandon” song, there is also a “Let’s go Brandon” dance, taking its popularity into the internet stratosphere.
Like so many other politically loaded cheeky phrases that have hit the internet before, this will most certainly fade as rapidly as it has become popular. But, for now, “Let’s go Brandon” is having its moments of fame.