A Misguided Narrative about Hindus and Hindutva

We had been the top nation in the world for many centuries socially and economically, but when we stopped following a few key principles, we were repeatedly invaded, exploited, looted, and ruled by Mughals and Europeans. Time has come to revoke the misguided narrative.

Pankaj Jayswal
Total Views |
Recently, a political leader made a disparaging remark about Hindutva. When poisoning the caste system fails, then such leaders devise a new strategy to make Hindus ashamed of their religion and culture.
Let us first define Hindu Dharma
Sanatan dharma, also known as Hindu Dharma, is nothing more than a way of life. It contains solutions to all worldly problems, as well as guides on how to live a happy, joyous, and great life. The Bhagavad Gita and the Vedas provide us with solutions for both the external and internal worlds. It points us in the right direction as we consider the meaning of life and "Who am I?” It teaches us how to care for and balance our surroundings. It teaches how to work with love and belongingness for the betterment of all in society. It teaches the scientific temperament as well as technology. It teaches us how to combat injustice, cruelty, enemy attacks, corruption, and social inequalities. It also teaches, how to become strong and focused while remaining aware and alert. 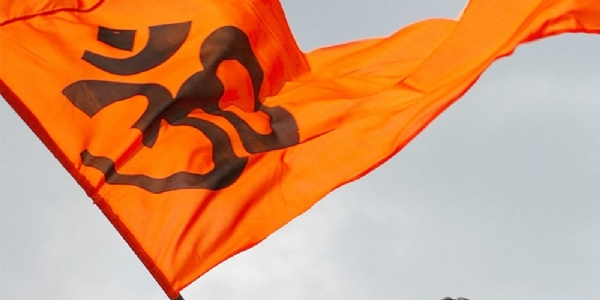 However, if we do not apply all of the principles given in Hindu Dharma in real life, we tend to become what we have been as Hindus and as a nation for last thousand years. We had been the top nation in the world for many centuries socially and economically, but when we stopped following a few key principles, we were repeatedly invaded, exploited, looted, and ruled by Mughals and Europeans.
It is time to understand Hindutva and why it is reviled by a few politicians and leaders.
"Hindutva" is simply applying all the principles of Hinduism in real sense. It is "Hindutva" when Bhagwan Krishna asks Arjuna to fight against his own relatives and friends in order to protect the nation and society from injustice and cruelty.
It is "Hindutva" when Acharya Chanakya trains a slave boy to become King Chandragupta Mourya by fighting against the cruel kingdom of Dhananand.
When Chhatrapati Shivaji Maharaj fights and defeats Mughal invaders who exploit women, loot temples, and destroy natural resources, it is "Hindutva."
It is "Hindutva" when Rani Ahilyadevi Holkar fought against cruel Mughals and restored Kashi culture.
It is "Hindutva" when Rani Laxmibai fought against British misrule and injustice.
When the Rashtriya Swayamsevak Sangh (RSS) volunteers without fear of life, without regard for religion, caste, or creed, and assists day and night during deadly diseases such as "Corona," and is always present to assist during natural calamities, this is "Hindutva."
When Hindu spiritual and religious leaders travel around the world to make their faith and living more peaceful and meaningful, even in the face of hatred and destructive criticism from many other religious leaders, this is referred to as "Hindutva."
When faced with difficulties such as the earthquake in Nepal, rescuing people from war zones without regard for religion, a water shortage in Mauritius, and sending Corona medicines and vaccines to many nations without a selfish attitude by prime minister who has been despised by many simply because of his religion and strong Hindu identity, it is "Hindutva."
It is referred to as "Hindutva" when practices such as Yoga, Pranayama, and meditation that benefit one's physical, mental, and social health are taught globally without expecting anything in return.
Chanting and believing "Loka Samasta Sukhino Bhavantu" and "Vasudhaiv Kutumbakam" is Hindutva.
Caring and Sharing for humanity and environment is Hindutva.
Nothing good can be done for an individual, society, environment, or nation without Hindutva. The only way to combat injustice and exploitation is to use Hindutva.
Apply Hindutva Practically
Those who want to keep Hindus weak and enslaved are coining these terms to further their agenda. These people's selfish goal is to gain power and turn our country back into a slave state. When people realize this motive and unite day by day to fight injustice, exploitation, and make life better for everyone, it means they have begun to apply Hindutva principles practically.
When Hindus and Hindutva are always for the good of everyone on all levels and sectors, then this hatred for Hindutva must be ignored by everyone and applied in their daily lives to make our nation great on all levels and sectors. We will soon become "Vishwaguru," able to make the world a better place by simply applying the principles.