New Delhi, Dec 23: Union Minister Nityananda Rai informed the Lok Sabha on Tuesday that complaints related to alleged religious conversions indulged in by 18 NGOs working in Andhra Pradesh were received by the government.

These NGOs were alleged to have been indulging in conversion by “inducements, allurement and misrepresentation” since 2018, the Minister said in the Lok Sabha. 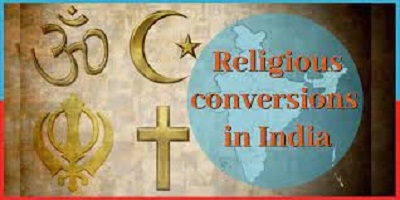 The minister said the Foreign Contribution Registration Act (FCRA), 2010, provides a legal mechanism to deal with violation of its provisions.

He said such mechanisms include audit of accounts of such NGO, inspection of their accounts and records, and verification of their on-field activities and so on.

“The FCRA certificate of such NGOs may be suspended depending upon the facts and circumstances of the case. Such violations may also lead to cancellation of the certificate,” he said in written response to a question.

Accordingly, appropriate action has been initiated in respect of above mentioned complaints, based on the facts and circumstances of each case, he said.