Our fascination with the West 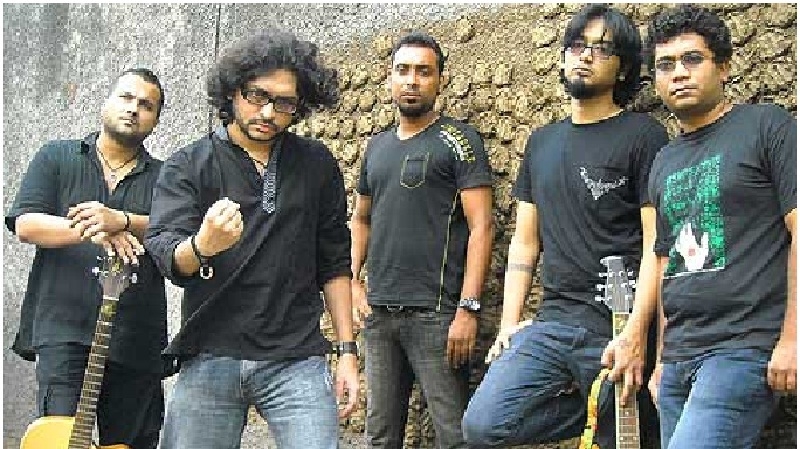 Nothing is more fascinating to Indians than the West. How could we see faults in us “now” when we have been brought up to celebrate and take delight in everything from the West? We have not just appreciated their knowledge of science and technology, which are undoubtedly indispensable, but we have also picked up those which are someway prejudicial to our own culture and social values. I do not want to go much deeper into it except for a few examples in the “national” context.

Don’t we passionately want to mimic the fast accent of Elvis’s numbers and rock songs by Tina Turner and John Lennon and shake ourselves to their beats? Not just that we have long been adapting our own folk songs to their disco rhythms. By hook or by crook we have to sound a little more like the West, or else we are quite outdated. Isn’t it? This fever has not only gripped the Northeast which has adopted even the cultural ethos from the Vatican and Nazareth. The entire country’s urbane population, nay, now even the rural folks, put their level best to copy the West. Thanks to the digital world that has accelerated the pace. Our Baba/Ama/Kaka/Mama/Chacha/Chachi have long been replaced by Daddy/Mummy/Uncle/Aunty.

Uncle and Aunty alone have devoured many Hindu relation terms but we never mind. The West is always the right.

Some of our youths have only begun to appreciate pizza/cake than roti/pitha/paratha… The fine table manners of the west have literally brought revolution leading to a total change in our kitchen setting. The toilet is not the last thing to wait for, lol! Have we not ditched our “decent” apparel to put on the clothes, some even outrageously skimpy, in the western styles that match our painstakingly acquired western accent?

Yes, everything is fine if we do not ridicule our own heritage. Everything fine if we do not detest our own fellow brethren at the cost of our blind infatuation. But it is not so. We often tend to look down upon our immediate relatives/neighbors who still follow the customs and traditions and religious beliefs that our forefathers were following since time immemorial. Many parents in the Northeast find it difficult to get their daughters married if they are not first converted to Christian…... We have almost begun to measure our day-to-day mannerism, styles, gestures, customs, including the religion, by the yardstick of our colonial western masters. We have completely forgotten how they ill-treated us, denigrated the Indian culture and even distorted our many historical facts? This is absurdly bizarre. If I am not mistaken, we often coin special vernacular terms to describe our own relatives who are outmoded or slow at adopting the culture from the west.

Well, in the rat race of becoming English gentlemen we have virtually buried many of our cultural practices, while some we set aside only as “ceremonial” affairs. Usually, some of us do not at all want now to be reminded of many of our past practices. What one finds very unsettling is that, without ever making any unbiased efforts to analyze them, we habitually wink at those rich values and knowledge. When an elderly person tries to bring certain past cultural practices to our minds, he might run the risk of being called names. This I am saying from my own personal experiences.

Here is another shocker in India. Our fascination for the West is not restricted to the white skin. Even the cruel invaders from the Middle East have been idolized in many respects. Have we not been taught to call ‘Akbar the Great’ and Babar the great along with Alexander the Great? Some even call Aurangzeb the Great! Didn’t he imprison his own father Shahjahan and executed innumerable people from the specific religion who did not want to convert to his religion? What more, the brutal cruelty of Tamerlane and Tipu Sultan is dubbed as Sultans of benevolence and mercy!

How come the despotic invaders can be great and magnanimous, I always wonder in amazement. How on earth we adore those whose hands were stained with the bloods of humanity. How could we call them valiant who exploited “countless” women/tender girls for their sensual fulfillment? Were the thousands and thousands of our secret temple and spiritual centers not destroyed by those fanatic inhumane rulers and plunderers? I think, the ashes of NALANDA University blinded our mental eyes of rationality and tell part between right and wrong? I find something going seriously “amiss” in this country!

Yes, even I would have been swimming with the same current with the same belief-system had it not been for a few books that I was inspired by my father to read. They alone had turned my head from the West to the East. Very contrastingly, those books’ writers were the acclaimed “thinkers from the west”. I came to know from those books about the profound literary riches of ancient India. Cutting short the present discussion, the book – “The Tao of Physics” by the Modern American Physicist Fritjof Capra stirred my mind – this title has been translated into 23 languages. It instantly opened the door for me to move in the “right direction”. Just in a few months my long-held prejudice against the country vanished but after much struggle. I was too amazed to know then that the epoch-making modern scientist like Niels Bohr was awestruck by the depth of Indian wisdom from that physics book.

So much so, I learned that Erwin Schrodinger had proclaimed ---- “Some blood transfusion from the East to the West is a must to save the western science from spiritual anemia”. This great Nobel Laureate, who gave wheels to the Quantum Mechanic by his “Wave function equation”, would not have applauded India had he not found gems in the ancient literary treasure troves. He has “very profusely” quoted the Eastern wisdom in his several works.

Finally, I would like to put words of an assertion directly from the horse's mouth. TS Eliot, probably one of the most celebrated poets and critics of the 20th Century writes in his “After Strange Gods” -- “Indian Philosopher’s subtleties make most of the great European philosophers look like schoolboys”. If our western masters speak in this tone and rhyme, I think we need to tune up the string of our minds a little thoughtfully. We need to “trust and follow” those values and knowledge that have been trusted by the most trusted thinkers.

(An India-based writer and researcher, Salil Gewali is best known for his research-based work entitled ‘Great Minds on India’ which has earned worldwide appreciations. Translated into Twelve languages, his book has been prefaced by a world-acclaimed NASA Chief scientist – Dr. Kamlesh Lulla of Houston, USA.)