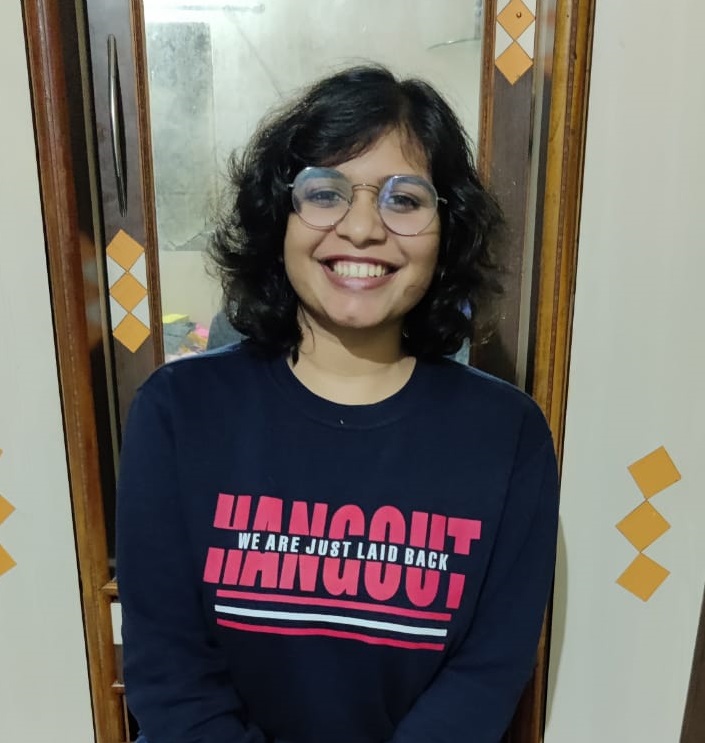 The acute shortage of medical oxygen across the country has resulted in unwanted and distressing circumstances, to which the entire country is still trying to deal with valiantly, with a heart of steel. States with existing oxygen plants have stood ahead to provide assistance to the states struggling hard with the rising cases. The ongoing COVID crisis is no less than a test of our patience, capability and prowess to cater the worst. And India, forgetting all political bounds, has become united to fight back this battle, with states helping the neighboring states and the centre, taking looking after the necessities of every state and union territory, ideally, as it is supposed to be. However, the role of Indian railways in the battle is undoubtedly pivotal and foremost in the line of appreciation stands the 'Oxygen Express', that running between different states providing them with required medical oxygen. 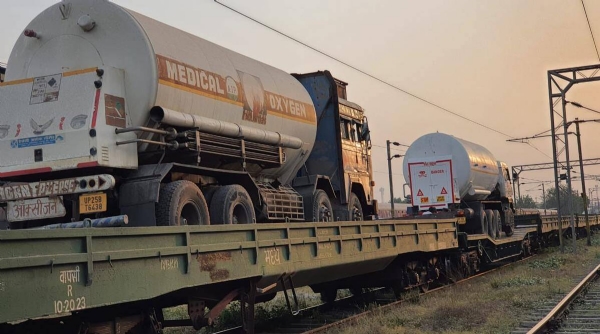 The effort that the Indian railways is putting in to operate the current demands of states for medical oxygen, by the means of its very own 'Oxygen Express' is highly appreciable. The railways has stood forward during the crisis with almost every possible use that can be utilized of the trains. Everyone is well-informed about the work that is being undertaken through the 'Oxygen Express', but what is not known is the challenges that the railways is overcoming to transport medical oxygen throughout the country. It is particularly because of the obstacles that the railways is overcoming and the persistent dedication to provide aid, that the Delhi Court has lauded the work. The Delhi Court while hearing a case on Apr 22, on 'Oxygen supply and other issues related to COVID management', appreciated Railways’ efforts comparing it to the Indian Army and requested Railways to plan service for Delhi also from Rourkela, Kalinga Nagar.

Liquid oxygen is hazardous and its transportation requires stringent protocols such as least sudden acceleration or jerks, restricted maximum speeds, avoiding sharp curves, pressure adjustments and similar other provisions. Therefore, transportation of medical oxygen on long distances becomes a huge challenge at the managerial level. According to reports, while planning the initiative, the most dominant challenge in transporting these LMO tankers was to find a railway route from origin to destination where the physical dimension of the tanker loaded on the railway wagon (technically called an Over Dimensional Consignment (ODC)) could safely pass through various fixed railway installations without any infringement.
Also read: Help us to help you! Health Ministry advises 'proning for self care' for COVID-19 patients
In case of the request of Maharashtra Govt to the Union Ministry of Railways on Apr 15, to explore the feasibility of transporting Liquid Medical Oxygen (LMO) tankers by rail from various locations across the country to supply points in Maharashtra, various constraints like presence of low height fixed structures like Road over Bridges (ROB), low height Overhead equipment wires at few locations, restrictions on bridges, curves, passage through running platform lines were examined expeditiously and a suitable route was identified from Mumbai to Visakhapatnam.

Later, suitable special railway wagons were identified and a trial was quickly organized in Boisar on Apr 18, where a loaded tanker was placed on the wagon and all the required measurements were taken. The specifications for securing the safety of the tanker during movement were successfully worked out by Railways and Industry representatives. Finally, after successful route selection and trials on Apr 18, the first LMO Express was planned and started on the Apr 19.
Also read: Govt issues Clinical Guidance for Covid-19 treatment; know when to use Remdesivir, Tocilizumab
In case of the LMO express from Mumbai to Vizag, all efforts were made to select those tankers from the industry which would not exceed the height specifications required for the task, so that good speeds could be achieved. The availability of tankers of 3330 mm or lower were requested from the industry. But out of 12, only 7 could meet the height criterion. Ramps were constructed within 24 hours to facilitate loading of road tankers on rail wagons.
But this was not it. Based on the success of the first Oxygen express from Mumbai to Vizag, other State govts also requested movement of LMO through Railway wagons. One such train has left from Lucknow (U.P) to Bokaro on Apr 22 and has reached Bokaro in early hours of Apr 23 clocking an average speed of nearly 50 kmph. Other requests have also been received from Uttar Pradesh (U.P) and Andhra Pradesh (A.P) to move Oxygen Express from Jamnagar to U.P and Angul (Odisha) to Vijaywada (A.P). Besides, Madhya Pradesh has also evinced interest. 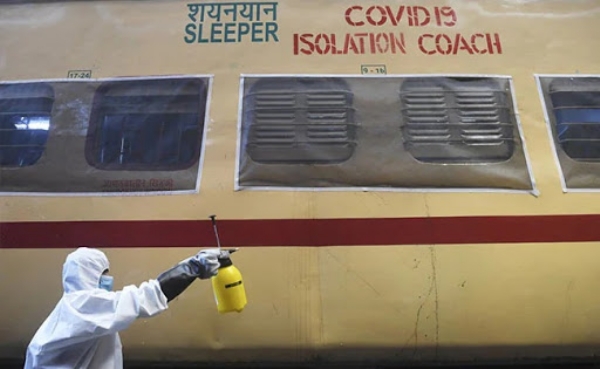 The story doesn't end here. The oxygen express remains to be the emphasis of India Railways' COVID initiative, but there are other facilities as well that the railways have availed for people affected directly and indirectly due to the pandemic. The railways has availed 3816 coaches for isolation and quarantine facilities, where the state govts have been informed and advised about the availability. As per the record maintained the ministry, Delhi was provided with 50 coaches (800 beds) at Shakurbasti and 25 coaches (400 beds) at Anand Vihar. The state of Maharashtra has also benefitted with this facility of the railways with 21 coaches (378 beds) provided at Nandurbar, where 32 patients have been quarantined so far. 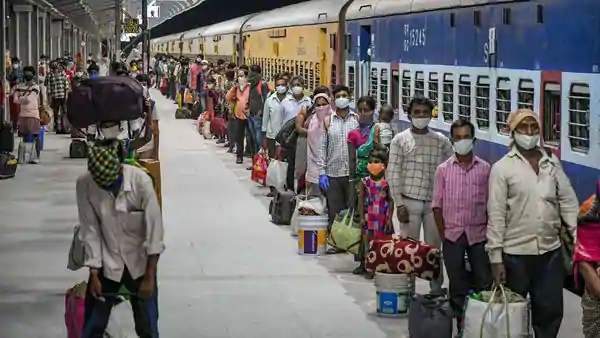 Another important work that the railways has carried out in the time of crisis is availing additional train services for the convenience of migrant workers and students stranded away from their homes. Although state govts have been pleading the workers to stay back at cities where they have migrated for work, the workers had been crowding at railway and bus stations to head back home, due to floating possibilities of strict lockdowns in several cities, in order to avoid the pain they had to go through during the first lockdown. The railways, to provide a solution to their problem, has facilitated with 1514 Specials trains average per day, along with 5387 Suburban services per day being operated. The govt data provides that 28 special trains are also being operated as clones of highly patronized trains, with high patronage. The ministry maintains that overall 70 % train services have been restored.
The railways has been working for the relief of the people, in the real sense, while dealing with challenges on its way that are incomprehensive for the common man. During such challenging times, while we strive to find a positive story around us, let us applaud the effort put in by the Indian railways to bring back the life of every Indian back on track.
Also read: OPINION- 'The second wave can have unintended strategic impact on India in global context'
Oxygen express Indian railways Oxygen supply Delhi Court Maharashtra govt CM Uddhav Thackeray Vizag Andhra Pradesh Uttar Pradesh Odisha migrant workers migrant labourers COVID management Coronavirus