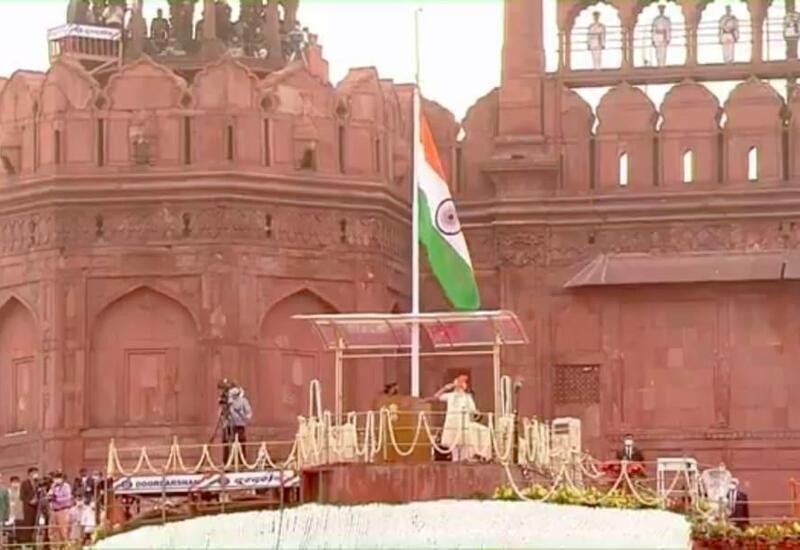 The month of August is most remarkable for India, especially owing to the developments that have taken place in last some years. It is well known that India achieved freedom though truncated in August 1947 but had paid a great cost for it in terms of human lives, displacements and property losses. When the country was celebrating its “tryst with destiny” millions were uprooted from their homes and hearts, thousands were molested and hundreds were butchered and the remaining hapless were treading towards India to save their life, respect, and religion. But that is the history now.

Law against Triple Talaq: I am talking of the recent developments that shook not only the Indian community but the world also. India witnessed a political earthquake in 2014 when breaking the almost three decade tradition of coalition politics and government, the Indian voters voted a full majority BJP government to power at the Centre. The Parliament passed the Triple Talaq Bill on July 31st 2019 and on August 1, 2019 it became a law ending the inhuman practice of instant triple talaq that caused the life of Muslim women no less than a hell.

Prime Minister Narendra Modi did great service to 8.5 crore Muslim women of India by enacting this legislation. The practice of giving instant triple talaq for trivial issues was classified as criminal offence by the law enacted by the government on August 1, 2019. For the the Muslim women thanked the Prime Minister and his government. They celebrated this day as “Muslim Women’s Rights Day”. 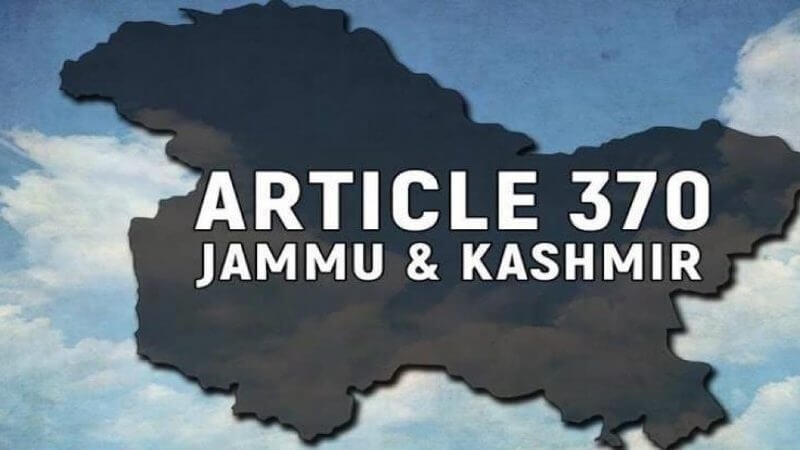 Abrogation of Article 370, 35A: The second most important event that took place in August 2019 was the abrogation of Article 370 and 35A from the Constitution. This was achieved by the Modi Government on August 5, 2019 ending the special status category of Jammu and Kashmir and the discrimination heaped on the people of Ladakh and Jammu regions by some ruling families of Kashmir valley.

Founder of the Bharatiya Jan Sangh (BJS) the earlier avatar of the present day BJP Dr. Shyama Prasad Mookerjee had sacrificed his life for protesting against the policy of Pt Nehru that granted special status to the J &K state by inserting this Article 370 and 35 A (though temporarily). The successive governments continued the same policy of appeasement and allowed the discriminatory article to continue. The Narendra Modi Government took a bold step and removed this article bringing J & K at par with rest of the country.

This has ushered in an era of peace, progress and prosperity. The news of violence, stone-pelting and attacks on army and civilian places have become a thing of past. J & K is witnessing a 360 degree change in last 24 months when the Article 370 and 35A were removed from the Constitution.

The foundation laying of Shri Ram Mandir at Ayodhya: Another historical event that took place in the same month of August last year was laying the foundation of the grand Shri Ram Mandir at Ayodhya the birthplace of Shri Ram. Ending the bloody struggle of nearly 500 years, the Supreme Court of India gave its verdict in favor of the ‘Ram Lalla’ the presiding deity of Ayodhya and the government formed the “Sri Ram Jamnabhumi Teerth Kshetra Trust” to build the grand and magnificent temple at the birthplace of India’s National Hero whom even the Muslims honor as “Imam-e-Hind”. 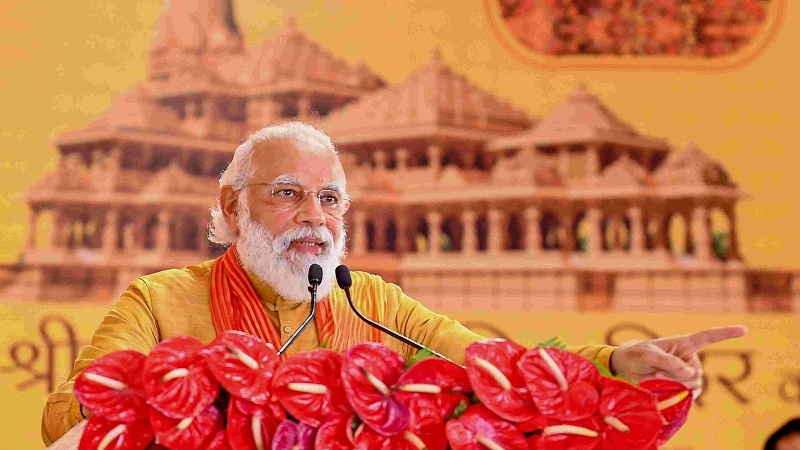 Prime Minister Narendra Modi and Sarsanghchalak of RSS Dr. Mohanrao Bhagwat participated in the foundation laying ceremony held at Ayodhya and performed the religious rituals associated with the event. That moment went down in the memory of millions of Indians like me who watched that great historical event taking place on August 5, 2020 at Ayodhya.

The Trust undertook funds collection for the construction of the temple and crossed the target in so small a span of time as people came forward to contribute their share in this mission of national pride.

Winning medals at the Olympics: August 2021 has added sheen to the crowning glory of New India as the Indian players won various medals at the Tokyo Olympics currently going on. While writing this the Indian Hockey team has earned the Bronze medal after a gap of 41 years! This is certainly a great news and as the Prime Minister said while interacting with the beneficiaries of various welfare schemes from Uttar Pradesh, this is the moment of pride for each and every Indian. The New India has begun its march on to the path of glory and prosperity and these are all indications that a very bright future awaits us and our country. The contribution of Mira Bai Chanu and PV Sindhu is also noteworthy to make the country proud in their achievements. 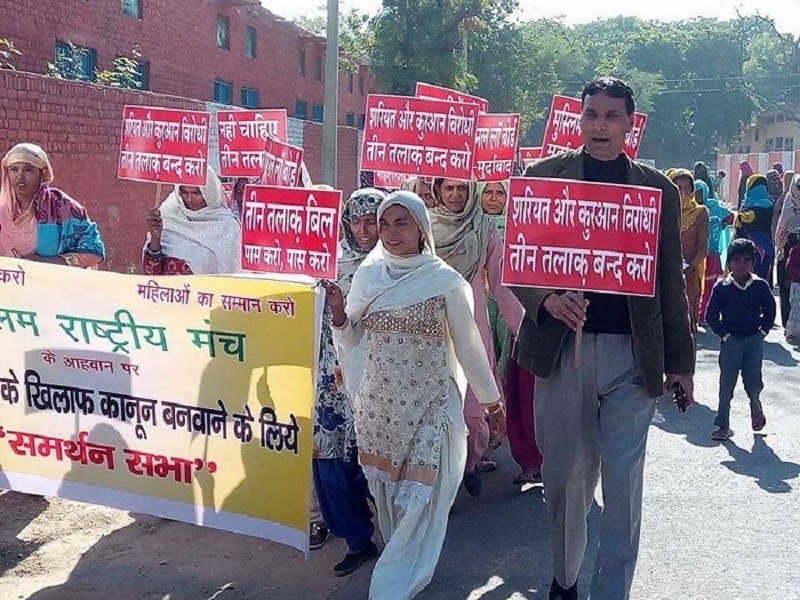 Triple Talaq: As regards awareness about the inhuman practice of Triple Talaq, the MRM raised this issue way back in 2005 when the first Muslim women conference was held at Pune with the efforts of late Latif Magdum. MRM Patron Dr. Indresh Kumar raised voice against this injustice and a resolution was passed demanding immediate scrapping of this insulting practice that derogated the Indian Muslim womanhood and that is also against the tenets of the Holy Quran that says “Heaven lies at the feet of the Mother”.

In 2013, another such conference of Muslim women was held at Kashi in 2013 followed by an all India Muslim Women Conference in 2015 at Ajmer where thousands of Muslim women drawn from all states of India participated and passed a resolution unanimously to denounce the inhuman, anti-women and derogatory practice of triple talaq. Prayers were held in mosques, madarsas, durgahs, and temples and even in gurudwaras for freedom from this unjust provision that did not have the sanction of the Quran.

Finally, the Supreme Court gave directions to the government to frame a law against the practice of triple talaq and the following those directions the Modi government granted freedom to nearly 8.5 crore Muslim women of India. The institutions like the All India Muslim Personal Law Board (AIMPLB) and some secular leaders and their parties tried to opposed this but the Modi government firmly and deftly cleared the opposition and enacted the legislation banning triple talaq. The MRM in its August 4, 2021 meeting thanked the Modi Government for this and decided to celebrate this day as “Muslim Women’s Rights Day” every year.

Article 370, 35A: The MRM was the only social organization to raise its voice against the continuance of Article 370 and 35A. During its decade-long agitation on this issue, the MRM organized a massive dharma program at Jantar-Mantar in New Delhi in 2010 December; small meetings in all provinces of the country and a nation-wide signature campaign. 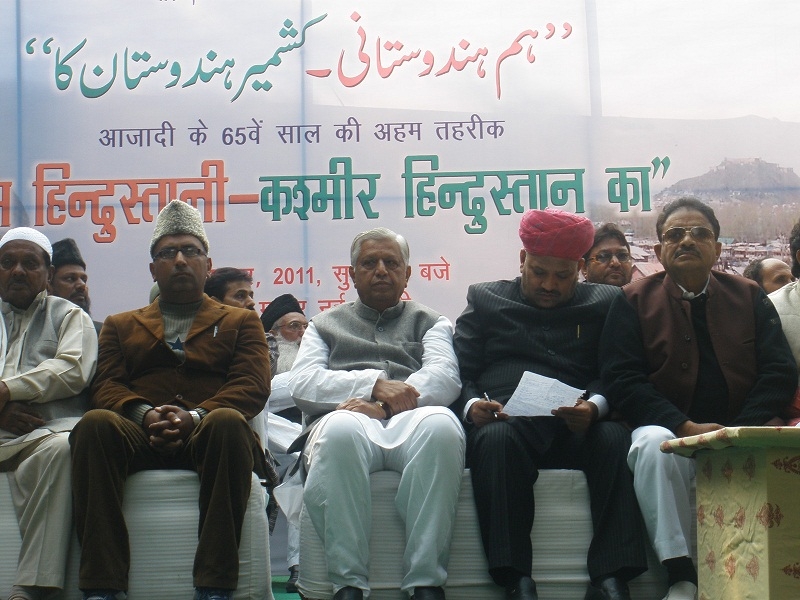 The MRM activists could collect over 8.5 lakh signatures of the Muslims including 70000 plus from the J & K and submitted them with a memorandum to the then President the late Pranab Mukherjee. The President was also surprised to know that so many Muslims were against the Article 370 and 35 A. He communicated to the government of India that no policy decision regarding J & K should be taken without considering the opinion of the MRM.

The secular parties that supported the Article 370 and 35A used to point at its ‘temporary nature’ but when questioned as to why they continued to allow it to remain there in the statute for so long a time, they had no answer. It was only their vote bank and appeasement politics that forced them to do so. But when Modi Government scrapped this controversial provision, barring a microscopic minority of secular leaders and their some hundred followers the entire country including the Muslims welcomed the decision. This has ended the years of separation and negligence of J & K. The MRM too thanked the Prime Minister and his government for this achievement. 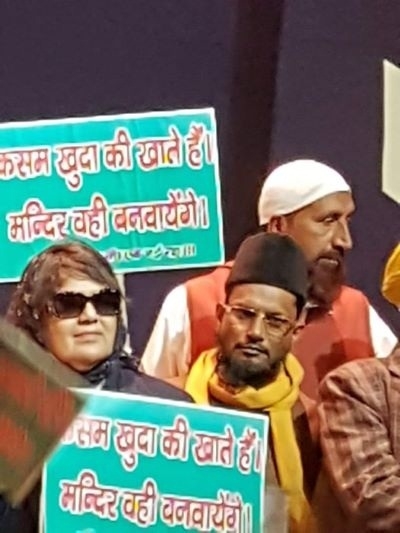 Shri Ram Mandir issue: It was in 2016 the MRM organized a conference of Muslims from all over the country to discuss and deliberate on the course of action on the expected verdict of the Supreme Court of Indian on the issue of Sri Ram Janmabhumi issue. The gathering raised slogans like “Kasam Khuda ki Khate hain, Imam-e-Hind Sri Ram Ka Mandir vahin Banwayenge”. (We pledge in the name of Khuda that we will build a grand temple of Imam-e-Hind Sri Ram at his birthplace).

Some of the participants had some issues regarding the phrasing of the slogan but they were pacified after proper explanation from MRM Patron Indresh Kumar. The MRM activists fanned out to Uttar Pradesh and other nearby states to reach out to the Muslim areas and to explain to them the real issue and why the Indian Muslims should honor the Supreme Court verdict.

The Supreme Court verdict came in November asking the government to form a trust to build the temple of Shri Ram at Ayodhya and accordingly, the government did. The verdict was smoothly and happily accepted by the Muslim community because of the efforts of the MRM activists.

Later on, when the fund raising drive was launched thousands of Muslims came forward to donate for the Temple in lakhs and crores. Collection drive among the Muslims was held and monitored by the MRM activists all over the country. 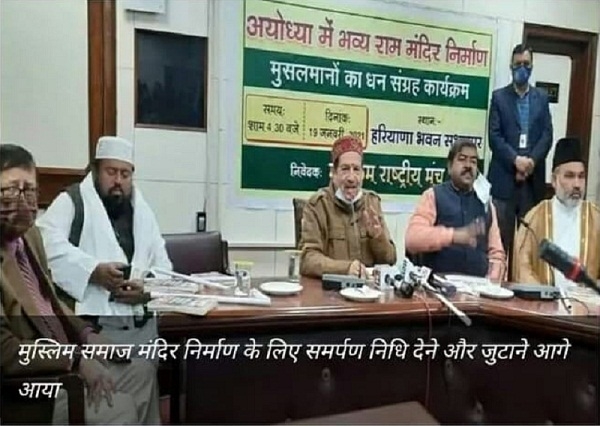