Kangana Ranaut filed a case against lyricist Javed Akhtar, accused him of extortion and criminal intimidation 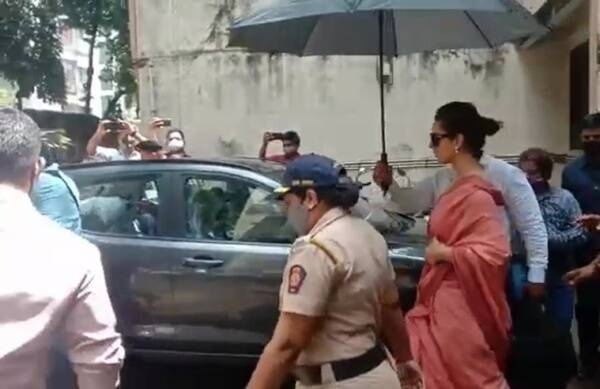 In her case, Ranaut alleged that during her feud with actor Hrithik Roshan, Akhtar had called her and her sister Rangoli at his residence, and intimidated her. Moreover, she mentioned that Akhtar had asked her to apologize to Roshan.

Ranaut on Monday appeared before the Andheri Court in Mumbai in the hearing of the defamation case against her by Akhtar. The court has adjourned the hearing of the case till November 15.
During the hearing, the lawyer of Ranaut informed the Andheri Court that they have filed a transfer application of this case and are seeking adjustment of the matter as the transfer application is to be heard on October 1.
Ranaut’s lawyer Rizwan Siddiquie said that as she lost faith in the court, after hearing of Javed Akhtar’s matter and she is now seeking transfer of the case, along with the defamation suit against her from this court.
Also Read | Not Bebo, its Queen to play role of Goddess Sita in upcoming movie
Last week, Ranaut moved an application seeking exemption from personal appearance on medical grounds. The court had then fixed the next date of the hearing on September 20.
Akhtar’s lawyer, Jay Bhardwaj had moved an application for issuance of non-bailable warrant against Ranaut.
Also Read | Mamata's Khela begins! TMC spokesperson lodges FIR against Kangana
Kangana Ranaut Javed Akhtar Andheri Court Hrithik Roshan