The author hints that the revolutionary movement or rebellions are cyclic in nature. The governments may crush them violently and they may seem to disappear for sometime. But, they rise again and again because injustice prevails and there can never be complete justice.

I am always curious to understand what happens when a Leftist turns “right”. I even had a discussion on my Youtube on the issue with a few people who had turned over a new leaf. However, a novel ‘deCode Red’ based on non-fiction hard reality has aroused my curiosity further.

Amarnath Jha had flirted with Naxalism and Maoism during his college days in Delhi University as a member of their cultural cell. He distanced himself from it and went into media, his first love. He was successful but his curiosity about stunning “Jehanabad Jail Break” took him back to Gaya and other Naxal areas since he wished to make a documentary on the real story behind it and also present Naxals and Maoists without tinted glasses. Unfortunately, he was trapped in an alleged fake criminal case and suffered imprisonment without bail for years till he succeeded in getting his petition in High Court with diligent letters to the judges. On being released, he went back to his film profession and went on to write this book. 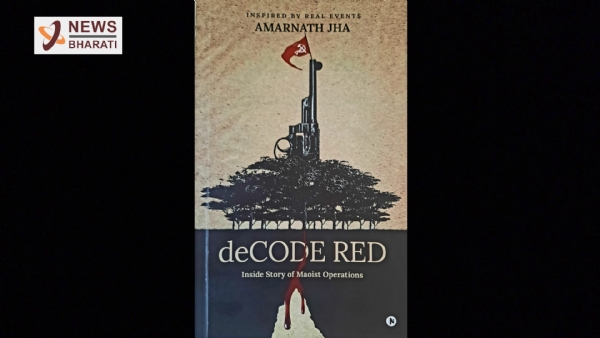 You may ask me, how do I know this? Because I looked out for him and talked to him to understand why he wrote what he wrote. As I read the novel, I could sense that he has tried to take an objective stance and not show Naxal/Maoist movement in a negative shade though disagrees with it now. He is also unsparing about the cruelty of the present nature of our democracy too.

This led me to ask myself, does a person really forsake his beliefs fully? Does a string tug at his/her heart though he/she has distanced himself/herself from that ideology? Or is it simply empathy and compassion for the underdog and the exploited? When rationality and discriminating thoughts; or when the romance wears off and bring a person back to ‘normal’ bourgeoisie life how does that person cope with his sensitivity?

It reminds me that a person brought up in Bharatiya ethos has the same sensitivity and compassion for the deprived and oppressed people. He/she serves the person, tries to set the wrong things right and works to provide him dignity and opportunity to rise. Such persons try to bring in development into their area of work. There are voluntary organisations both on the left and the Bharatiya side. The human instinct to work for your brethren is common to both. But, approach is very different. This is why Swami Vivekananda talked about “ Sankranti, not Kranti.” (Upward evolution, not revolution)

Jha hints that the revolutionary movement or rebellions are cyclic in nature. The governments may crush them violently and they may seem to disappear for sometime. But, they rise again and again because injustice prevails and there can never be complete justice. He makes a telling point in this book that rebellions are all-pervasive. They are against Communist regimes, against dictatorships and also against democratic governments. As long as there is oppression and injustice there will be rebellions. They can be crushed temporarily but not stopped.

We come back to the eternal question – is material wealth and equitable distribution the ultimate goal that will bring peace to the society as Maoists claim? Or is the urge for freedom is stronger? Otherwise, why would there be big rebellions in China? If development alone can solve the problems of the common struggling masses, why do Naxals stop development? Is it the same urge of power over masses, whether it is a Naxal or a democratic politician or a Communist dictator?

Despite knowing that Communist or Maoist ideology couldn’t strike its roots deep enough and has not been accepted, have Naxals tried to find a solution to this rootlessness? Is it in their faulty vision or refusal to understand that they need different approach in a dharmic society? Is it why dharmic forces based on Hindu philosophy, or let us say Sanatan philosophy, keep growing but Communism doesn’t? The morphed version of Marxism – Neo-Left has tried to use hate to propagate its philosophy by trying to break Bharatiya society, infact, every society in the world along its fault lines. Is integral approach better or divisive? Do we want a peaceful happy society or a divided unhappy angry society?

We face all these questions when we read this book. It makes one think in an objective manner. The writer being a film writer and director, has used a style of writing that can make one visualise the entire story easily. I had some issues with the narration as one loses track of timeline once in a while. English could have been better. I must appreciate that he has avoided foul language as much as possible though it is supposed that foul language makes the narrative bold and realistic. This way, he has presented Naxals in a more humane way.

The way the author keeps himself above his own turmoil and succeeds in looking at Naxal-Maoist movements with a dispassionate way is commendable. His success is in making you think about your premises, whether Communist or Bharatiya viewpoint. You will understand why I don’t treat the term Naxal and Maoist as one when you read the book. I wish Amarnath had added a section of bibliography because he has presented heart-wrenching and bold data, which is obviously correct. Those of our generation would remember many of the state atrocities on youth in the name of crushing Naxals in Bengal and areas around and stories about ruthless Naxal violence. These references could help the book sound more authentic. It is a fiction that is too close to reality and difficult to separate the two. This is the success of the author. One should read this book to open up one’s mind. 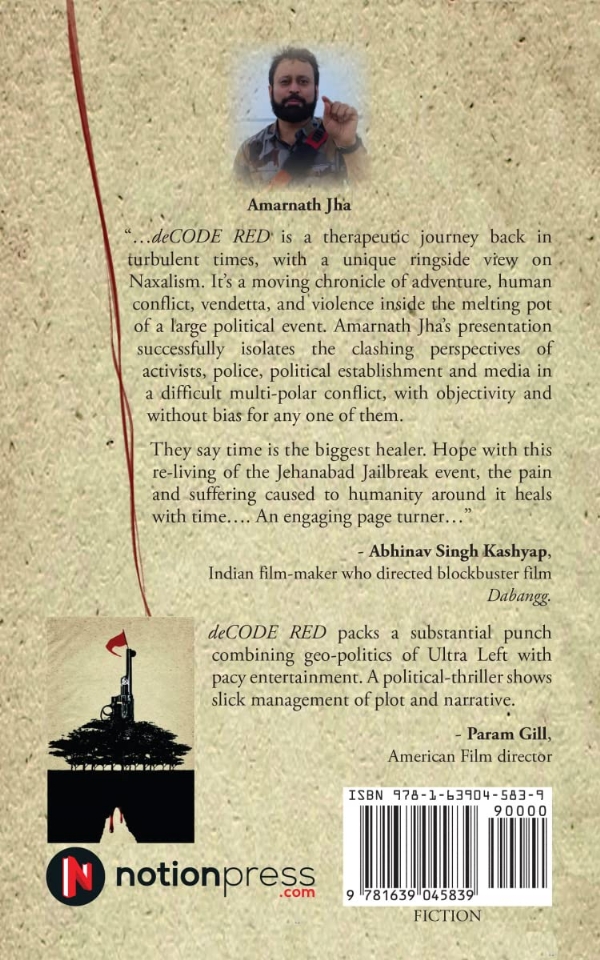