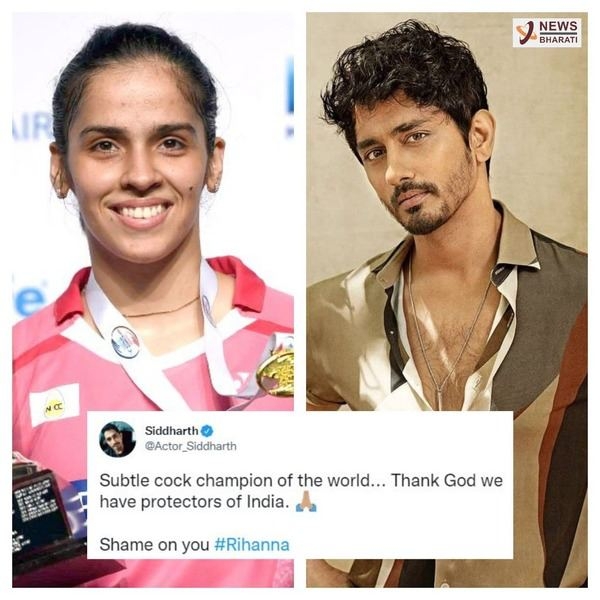 Nehwal, in a tweet, had condemned the security lapse in Punjab during Prime Minister Narendra Modi’s visit to Ferozepur. The crass sexual comment against one of India’s most prominent and successful women came soon after Siddharth pretended to be concerned about issues of women safety, pretending to be a feminist.
Tweeting over the ‘Bulli Bai’ app situation, Siddharth had said recently, “The only thing unexpected if at all is that the person masterminding this filth is a female. Everything else is irrelevant. Stop rationalising #hate or crime. Pathetic.” Siddharth also retweeted some tweets condemning creators of said apps that had targeted Muslim women, including some prominent Muslim journalists by using their photographs with derogatory comments.
Saina Nehwal’s tweet was regarding the PM’s safety and the security lapse the PM faced in Punjab. It is not known what triggered Siddharth to react in the vile way he did, and post such derogatory sexual comments on one of India’s most successful sports players.
Also Read | Bulli Bai scandal: FIRs filed in Mumbai & Delhi, site blocked; Govt intervenes
It is ironic that an actor with a huge fanbase, who pretended to be concerned about women’s safety, online sexual harassment only recently, has now changed his stand and become a troll on the internet who posts vile and derogatory comments against a woman just because she shares different political views than him.
Saina Nehwal Sidharth Bulli bai case troll PM Modi BJP