Maharashtra govt, in 2017, made it a rule that all shops in the state should have a signboard written in Marathi

Mumbai, January 13: The Maha Vikas Aghadi (MVA) government on Wednesday, approved a proposal where the shops prominently display a signboard in Marathi. The state cabinet passed the proposal that will be binding on all shops and establishments across state. 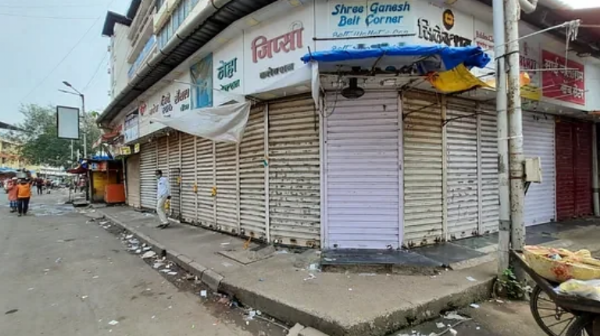 The Maharashtra government, in 2017, made it a rule that all shops in the state should have a signboard written in Marathi. But the implementation of the rule did not go as planned. In some areas, small name plates were put in shops in Marathi. But in many places, shopkeepers evaded this rule.
In some cases, the name was mentioned in capital letters in English. But in Marathi, names used to be in lower case. With the latest decision, the name in Marathi will have to be in capital letters like any other language.
Also Read | Maharashtra bags Rs. 2,800 crore investments for EV manufacturing
An amendment was approved that letters in Marathi-Devanagari script could not be kept shorter than letters in other (English or other) scripts. Hence, shopkeepers across the state will now have to display their shop signs in Marathi. Earlier, this rule was applied to shops having more than 10 Maharashtrian employees. That rule has been changed.

As the Maharashtra Shops and Establishments (Regulation of Employment and Conditions of Service) Act, 2017 came into force, it was found that the establishments and shops with less than 10 workers were evading the rules. The government received such complaints, and there was a demand to take action against them. To avoid the issue, the Cabinet decided to amend the Act.
Maharashtra govt Marathi signboard MVA shops Mumbai