Debate over India as an Emerging Super Power!

Today, India is a laggard in the Technology Power race.

Times Now TV hosted a debate over "How India can become a Superpower in the Military aspect" on 01 January 2022 with Rahul Shivshankar as the anchor and esteemed panelists participating - former Chief of Army Staff, former Chief of Air Staff, former Chief of Naval Staff, Mr. Sanjaya Baru and Mr. Maroof Raja.
Viewed from the variables/factors of national security, it was a lackluster debate. Perhaps, it can be attributed to vague hypotheses and faulty assumptions. Self pretensions and jingoistic rhetoric to Super Power status is quite paradoxical even in midterm context.


Even a layman would highlight that building up Military Super Power capability is proportional to enhancement of economic power and technology power, which is directly dependent on political will. In short and midterm contexts it is an impossible expectation with political parties indulging in populist promises and policies. 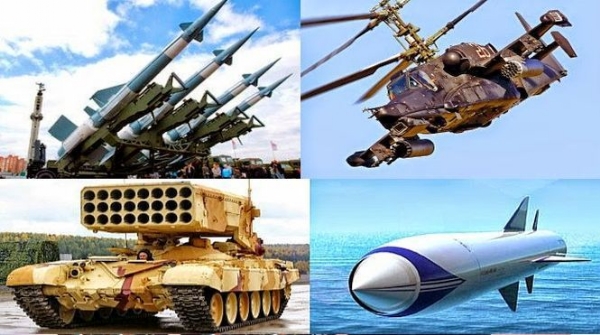 Had the debate focused on likely trends in the economy and technology enhancements in the short, mid and long terms contexts in contrast with those of China and USA - the current two military superpowers - it would have provided a sound perspective.

Today, India is a laggard in the Technology Power race. Ipso facto, the pace of development in “Technology Power” is nerve-racking. The rapidity of technology obsolescence is real. Can India catch up with and surpass either China or the USA in the "Military Technology" field in short (2025) or even midterm (2030/2035) contexts or even in other fields?

China is already narrowing leads of the U.S. in the deployment of hypersonic, weapons enabled by autonomy and artificial intelligence (AI), surveillance technologies, space technology, small drones, cyber security, biotechnology, besides quantum computing, quantum sensors, 5G, facial recognition software, semi conductors, e-commerce and mobile payments (with 700 million internet users), electric vehicles, clean power technology (wind and solar), high-speed rail, and the world’s largest database of genetic engineering data.
China's most powerful weapons include: DF-41 ICBM, J-20 Stealth Fighter Plane, Type 003 Carrier, DF-17 Hypersonic Boost Glide Missile, and DF-21D, DF-26B anti-ship ballistic missiles and Invisible-Laser Rifle. The Chinese are making breathtaking advances in artillery systems at breakneck speed. China holds 6 positions in the Top 10 of the Multi Launch Rocket Systems: PHL-03, PHL–16, AR-1A, WS-2, A-200/300 and A-100. Precision guided munitions have been developed. Cluster warheads may also carry self-targeting anti-tank munitions with full salvo potentially covering an area of up to 67 hectares.
WeiShi-2 (WS-2), is a 400 mm rocket system with variants having a range of 200-350 km. In 2008, it was revealed that sub munitions were developed for WS-2, including a specialized anti-radar version, which is a rocket containing three UAVs. Once the rocket is fired to the target area, the UAVs are released the same way as other sub munitions.

Laser Surveillance System combines the use of Lidar (a portmanteau of light and radar), Artificial Intelligence (AI) and 5G technology to synergize detection and dissemination of the images and intelligence. Lidar uses ultraviolet, visible, or near infrared light to image objects like non-metals, rocks, aerosols, clouds and even chemical compounds.

In the field of Precision Guided Munitions, Chinese have made significant breakthroughs. China’s WS-35 155 mm guided projectile, maximum range of 100 km and accuracy of 40 meters. Finally, the Chinese are developing the “New Generation System” to include: Magnetized Plasma Artillery that uses a magnetic field generator to create magnetic field inside the barrel instead of gunpowder.

By contrast, India's R & D spending was meager at US $58.691 in 2018 (% of GDP 0.65). Moreover, China’s levels of patents by origin, scaled by GDP, are higher than those of Japan, Germany and the United States, and are even more impressive when considered in absolute terms. The same is true with regard to the levels of Trademarks and Industrial designs by origin as a percentage of GDP. India is way behind them.

As of November 2021, China has 173 Supercomputers as against USAs 149 out of Top 500. In contrast, India has only 3 Supercomputers as of now in the Top 500. However, as per the National Super Computing Mission (NSM), the proposal is to install 73 indigenous supercomputers throughout the country by 2022. At least seven other supercomputers have been established or are soon to be under the mission – Indian Institute of Science Education and Research (Pune), IIT (Banaras Hindu University), IIT Kharagpur, IIT-Kanpur, Jawaharlal Nehru Center for Advanced Scientific Research, IIT Hyderabad and National Agri-Food Biotechnology Institute (NABI) in Mohali.

What does the foregoing imply while considering the issue of "How India can become a Superpower in the Military aspect"? The answer is simple. Catch up with "Economic power" of China and the USA and increase 5 times more for the R & D Budget allocation besides major reforms in education and research institutions.

In short term context, the scope for enhancement of "Economic Power" is a virtual impossibility. Even the target to reach the GDP set at US trillion $5000.00 by 2025 is skeptically viewed by the majority of economic experts. As per the trends, which are like building castles in the air, the target of GDP to reach trillion US$.10,000.00 by 2030 may remain an ambitious expectation.

If so, the deduction is simple - India cannot hope to become a Military Super Power in short and midterm Contexts. Let none suffer from illusions on the above count. Let me briefly highlight the state of the current Indian economy from a macro level. The GDP is US $.2,622.984 trillion as compared to USAs US $. 20,936.600 trillion and China's at US $.14,722.731 trillion.

For India, the major challenge is to implement economic reforms and break out of "Populist" constraints due to vote bank politics in a messy democracy so that enhancement of technology R & D budget is made at least at 3.0 % of GDP and also military budget to at least 3% of GDP. Can India achieve "Military Super Power" capability in the short term context of 2025 and midterm context of 2030/2035? If the past and the current is any indication, such a prospect appears a mirage.

Lack of political will to define not only end objectives to be achieved by 2025 and 2030-2035 time frames, particularly for combat systems in Military Technology field, and allocate R & D resources to carry out research, design, develop and transfer advanced technologies to users.

Whilst military professionals have been highlighting the need for allocation of 2% of GDP to the three services of the armed forces, the demand for 3% GDP allocation for R & D and reforms in the education system have remained in the background. And, the reason for such a woeful approach by political leaders and parties is their penchant for higher allocations to populist welfare schemes that is an electoral compulsion.

Be that as it may, even the armed forces are equally responsible to monotonously clinging to colonial inherited structures and establishments instead of winding them like Area and Sub Area Headquarters, vacant lands in cantonment areas valued today at phenomenal rates (one acre costing Rs.50-60 crores in Cat A Cities), etc. At the same time, instead of purchasing combat weapons systems out of budget allocations, squander finances on construction of buildings, compound walls, two lane roads, sports stadiums etc at very high costs.

Ipso facto, modernization by integration remains on the backburner despite recognizing its need over 3-4 decades ago. Such is the monotonous stupidity to cling to archaic systems - structures, processes and obsolescent weapon systems. What is urgently needed is to make a clean break with the past colonial mindset if India wants to become a Military Superpower by 2030 or 2035. Otherwise, the Indian Military by size may claim to be the third largest army but its ultimate military combat capability in case of war with an adversary may remain highly questionable.

After all, it is not the size of the force that counts, but the size of the fight that counts in battles. There are quite a few examples wherein numerically small sized armies have scored significant military victories over many times larger armies in size due to superior combat weapon systems, operational art, doctrines and tactics and dynamic leadership.

PS: India will certainly be a super power by the criteria of population size by 2025. China's population as per world o meter on 12 Jan, 2022 is 1,447, 811, 808. And, India's is 1,400,717,076. At nearly 1% growth, India will certainly cross China by 2025, if not earlier - majority low-quality human resources with poor work culture vis a vis 12-hour work culture of China.
Technology Military Military technology China Pakistan Indian Military