US telecom giants rolled out 5G technology with fliers & fast internet access, the airline industry said it might have a catastrophic impact & the technology can interfere with sensitive airplane instruments

New Delhi, January 19: Air India announced that it has curtailed its operations to the US starting from January 19 in view of the deployment of the 5G communications by the US. This has already upset the schedules of many other airlines. 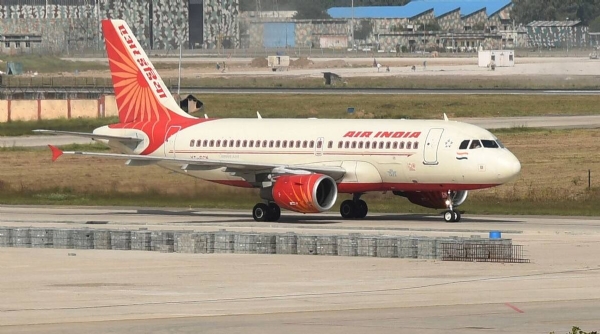 According to reports, following the warning of the airlines, the US telecommunication giants have now decided to temporarily limit 5G services around some airports. The Air India flights which have been cancelled on January 19 are AI101/102 DEL/JFK/DEL, AI173/174 DEL/SFO/DEL, AI127/126 DEL/ORD/DEL, AI191/144 BOM/EWR/BOM.
As US telecom giants have decided to rollout 5G technology providing fliers with faster internet access, the airline industry said it might have a catastrophic impact and the technology could interfere with sensitive airplane instruments. The airlines said that 5G should not be rolled out in the runways.
US telecom companies AT&T and Verizon said that their technology is safe and is being used in many other countries. But as the conflict couldn’t be resolved, they said they would limit the rollout of the technology near certain airports.
Also Read | Ghar Wapasi moment for Air India? Centre denies media reports about Tata Sons winning the final bid on Air India
US aviation regulator Federal Aviation Administration said that “5G interference with the aircraft's radio altimeter could prevent engine and braking systems from transitioning to landing mode, which could prevent an aircraft from stopping on the runway”.
Apart from Air India, Emirates, Japan's two major airlines, All Nippon Airways and Japan Airlines said they would curtail Boeing 777 flights.