Much would depend on what are the fiscal resources available to her and keeping in view, forth coming elections to various State Assemblies, whether Government gives priority only to welfare schemes or strikes a delicate balance.

Defence Budget of a country is the resource dedicated by the State to raise, maintain and train her Armed Force. This allocation depends on Military Threat or aggression it conjures. The allocation is expected to cover Employees Salary, Training costs, Maintenance of Equipment and Infrastructure, Support of Ongoing and New Operations and Development of Technology, Weapon System, Equipment and Vehicles.
For 2021-22, Defence Budget Allocation was Rs 3,62,345 point 62 crores or $49.6 billion. In addition, an allotment of Rs 4.78 lac crores was made for Pension to be paid to retired soldiers. The budget for Defence Research and Development Organisation was Rs 11,375 crores and that for Border Road Organisation was Rs 6004 point 1 crore. As per observations of 15th Finance Commission, allocation for Defence Budget between 2011- 2021 ranged from 15.5 to 17.8 percent of Government Expenditure. For 2021-22, it was 13.7 percent of GE. 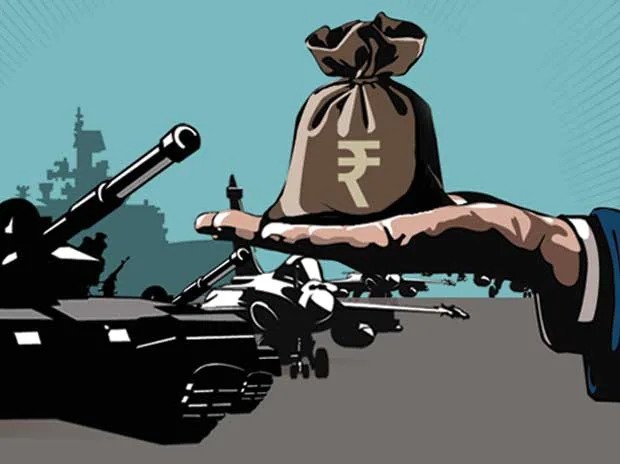