The Somnath temple was desecrated and invaded by Muslim invaders in between 11 to 17th century. 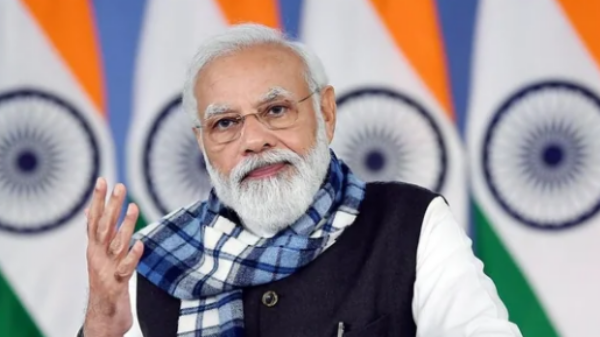 He said, "The circumstances in which the Somnath temple was destroyed, and the circumstances in which the temple was renovated by the efforts of Sardar Patel, both have a big message for us."
The new circuit house has been built at a cost of over Rs. 30 crore and is located near the famous Somnath Temple. In a release, the govt said that it is equipped with top class facilities like including VIP and deluxe rooms, and suites, conference room and auditorium hall.
The landscaping has been done in such a way that the sea view is available from each room. To further strengthen the religious tourism in the country, the PM had inaugurated several projects in Somnath and laid the foundation stone for Parvati Temple in August last year.
Also Read | PM Modi tops the list of 'most popular' world leaders with 71% approval rating!
The Somnath temple has a unique place in Hinduism. The famous temple located on the coast near Veraval in Gujarat. It was desecrated and invaded by Mohmud of Ghazni, and more Muslim invaders in between 11 to 17th century.
However, after each attack, the temple was rebuilt, including the present structure which was built at the instance of the first home minister of India, Sardar Patel, and was inaugurated by the first president Dr Rajendra Prasad in May of 1951. The temple is visited by over one crore pilgrims every year.
PM Modi Circuit House Somnath Temple Gujarat