In a letter to Assam CM Himanta Biswa Sarma,Tata wrote, "I greatly appreciate and am deeply touched by the decision of the Government of Assam to bestow on me the Assam Baibhav award for the year 2021."

New Delhi, January 24: The Assam government will confer the state's highest civilian award 'Assam Baibhav' on industrialist and philanthropist Ratan Tata. However, Ratan Tata won't be able to attend the event personally due to Covid-19 situation; his representative will receive the award during a programme to be held in Guwahati today. 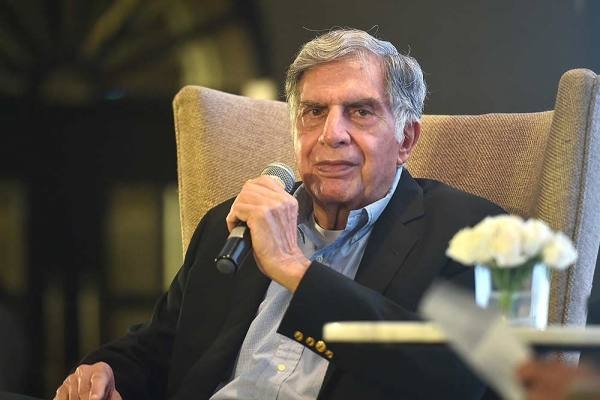 In a letter to Assam Chief Minister Himanta Biswa Sarma, Ratan Tata wrote, "I greatly appreciate and am deeply touched by the decision of the Government of Assam to bestow on me the Assam Baibhav award for the year 2021."
"I have been an admirer of your personal commitment to the wellbeing of the Assamese people and it is, therefore, an exceptional honour to receive this award from you. Thank you for understanding my inability to personally receive the award at the function to be held in Guwahati on January 24th and for your willingness to present it to me at a later date in Mumbai. It would be a pleasure to meet you and our offices could work together to find a suitable date for such a meeting."
Assam Chief Minister Himanta Biswa Sarma on Sunday announced the state government's decision to confer Assam Baibhav, Assam Saurav and Assam Gaurav Awards, 2021. He stated that the award ceremony programme will be held in Guwahati on January 24.
Also Read | 'Maharaja' returns to its home after 68 years! Tatas win Air India with ₹18,000 crore bid
Biswa said, "Ratan Tata will not be able to attend the programme physically because of his health, but he has expressed his gratitude to the people of Assam by sending a letter. Dipak Jain - selected for the Assam Saurav award, is currently abroad and will not be able to attend the programme due to the Covid-19 situation. But all others will be present in the programme."
Ratan Tata Assam Baibhav Assam