Is it another “proof” of intellectual bankruptcy of the judiciary?

It is a matter of grave concern that recently, the Supreme Court has commuted the death sentence of a child rapist to a jail term of twenty years. The accused Mohd. Firoz of Madhya Pradesh had murdered a 4-year-old child in 2013 after committing the heinous crime. This, in fact, quite goes against the popular scream for the sternest punishment for the heartless criminal. Contrastingly, one of three judges in the case was a female - Justice Bela M Trivedi. 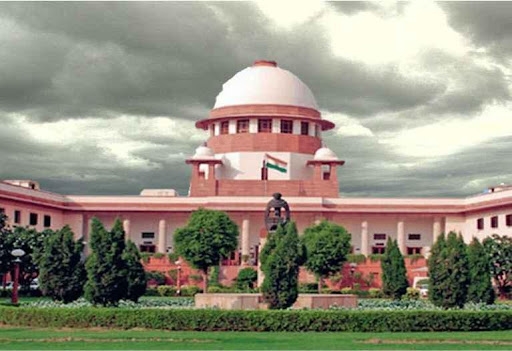 Of course, we all are human beings, and compassion and forgiveness are indeed the highest virtues. Becoming compassionate and forgiving never fails us since they contribute to cleansing our inner selves. Here the question is -- will our sympathy turn the heinous “child rapist” into a saint? Will “all such” criminals sincerely repent and atone for their dastardly acts? Is the honorable Supreme Court sure of this? Or is it another “proof” of the mental bankruptcy of the judiciary?

Very interestingly, the Court found it worthwhile to take shelter in the quote of a celebrated writer Oscar Wilde while pronouncing this judgment: “Every saint has a past, and every sinner has a future.” Can sinners bring back the kids to life whom they murdered? I am very much apprehensive. Come what may, the “society” should not be burnt by the heat of the travesty of justice.

A Shillong-based writer and researcher, Salil Gewali is best known for his research-based work entitled ‘Great Minds on India’ that has earned worldwide appreciation. Translated into Twelve languages, his book has been edited by a former NASA scientist – Dr. AV Murali of Houston, USA.

A Shillong-based writer and researcher Salil Gewali is a member of the International Organization of Journalists (IOJ), and has written 17 books including school textbooks. His books have also been recommended as textbooks by the Meghalaya Board of School Education (MBOSE) besides the front-ranking private schools in the Northeast. Gewali is best known for his excellent publication of his research-based work of over twenty-four years entitled ‘Great Minds on India’. This book on Indian wisdom has been edited by a former NASA scientist Dr. A V Murali, Houston, USA, and translated into twelve languages including German.

Apart from being appreciated worldwide, ‘Great Minds on India’ was formally launched by the Governors and the Education Ministers of Maharashtra, Gujarat; Governors of Meghalaya and West Bengal and the Chief Minister of Chhattisgarh.

Gewali’s ‘GREAT MINDS ON INDIA’ will be instrumental in raising the PRIDE and DIGNITY of the nation from a global perspective. It immensely contributes to create the right awareness about the “higher truths” about the literary wisdom and scientific knowledge of ancient India which never failed to mesmerize the top intellectuals of the WEST such as -- Voltaire, Fredrich Hegel, Arthur Schopenhauer, Ralph Emerson, Henry David Thoreau, Albert Einstein, Julius Robert Oppenheimer (father of atomic bomb), Werner Heisenberg, Niels Bohr, Erwin Schrodinger, TS Eliot, Mark Twain, to name a few.