BJP's defeat in three states may have bearing on Parliament session 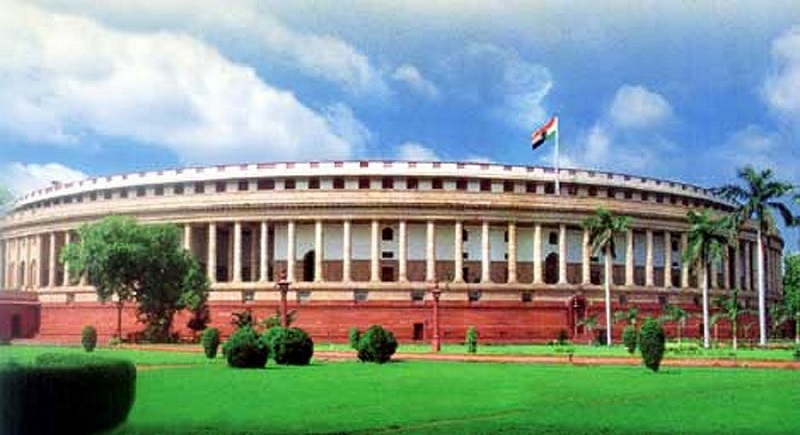 The washout of the Parliament session is quite certain following the Modi-led BJP drubbing in the FIVE-State Assembly elections and the surging prospects of Rahul Gandhi rejuvenated Congress Party.

Going by the past precedence, there is no intellectual wisdom to predict a tumultuous Parliament Session likely to adjourn sine die. Tsunami like turbulence is on cards.

On grand display will be uproarious and clamorous scenes with Members of Parliament, so called leaders expected to set standards of constructive debates, rushing into the “Well of both the Houses of Parliament” and stalling the proceedings.

Tax-payers money would be squandered. Let none suffer from illusions on the above count.

With the BJP humbled at the polls in Rajasthan, Madhya Pradesh and Chhattisgarh by the Congress Party and badly bruised in other states, the opposition parties will certainly aim to further vilify and influence the voters against Modi and the BJP.

“Save democracy and Institutions” will the main focus of the Opposition Parties. Of course, other key issues include: Rafale, CBI vs. CBI, Urjit Patel’s – RBI Governor – resignation, farmers suicides, and so on.

“Ram Mandir” issue would be the focus of Shiv Sena and the strident members of the BJP in the fore front.

Certainly, Prime Minister Modi and the BJP will be at their “wits ends” or defensive to face the wrath of the combined opposition onslaught to embarrass them. Also, there may internal rebellion from the extreme right-wing colleagues.

“Governance Paralysis” for the next six months would be inevitable.

Most disconcerting would be the likelihood of “Hung Lok Sabha” that would imply political instability which would be adverse from national security point of view.

Modi-led BJP may attempt to counter the opposition offensive by anti-corruption tirade and even pass the Ram Mandir Bill in the Lok Sabha to be stalled in the Rajya Sabha. However, Christian Michael extradition with Vijaya Mallya’s to follow may not be able to make a significant dent in the opposition onslaught. Even corruption scandals like Nirav Modi and Mehul Choksi may be fast tracked to impress the voters. However, Nirav Modi and Mehul Choksi’s flight will continue to haunt Modi and the BJP.

Of course, fast-tracking the cases against Sonia and Rahul Gandhi “National Herald Case” and Robert Vadra’s scams may also be used to counter the Congress Party onslaught.

Add to them, Chidambaram’s corruption cases among many others including Raja of DMK involved in Coal-Scam cases roaming free.

Note all alike must, that the CBI court recently convicted three senior bureaucrats for corruption in the allocation of coal blocks to include: former Coal Secretary H C Gupta, IAS, K S Kropha, the then Joint Secretary and K C Samaria, the then Director of Ministry of Coal.

Travesty it is, but true, that the real culprit in the Rs.1,85,600 Coal Scam is none other than the Minister-in-charge, that is, Dr Manmohan Singh, the Prime Minister, who is roaming free – ‘Mr Clean’ - and crying hoarse as per Sonia and Rahul Gandhi’s diktat against Modi and the BJP. In 2004, coal secretary P C Parakh informed PM the potential fraud inherent in the discretionary allocation of the captive coal fields and objected to it in writing. Still all the 142 coal blocks were allocated without auction during the Prime Minister's tenure in the coal ministry. P C Parakh who is considered the whistleblower for the Coalgate said that he clearly pushed for auctions, but was overruled by the PM.

Similarly, in yet another high-fly corruption case all the prime accused involved in the alleged Rs. 1,76, 645 crores 2 G Spectrum allocations scam, particularly the prime accused A Raja of DMK, Minister of Telecommunications, M K Kanimozhi and all bureaucrats, have been acquitted by the Supreme Court. Today, they form part of the Mahaghatabandhan sore group.

Add to them, others involved in CWG games (Suresh Kalmadi, Lalit Bhanot and AK Mattoo, Sheila Dikshit Chief Executive Officer of Prasar Bharti B S Lalli and former Director General (Doordarshan) Aruna Sharma under relevant Sections of IPC and Prevention of Corruption Act for their alleged act of omission and commission).

In sum, the high-decibel acrimonious allegations against each other may be good theatrical entertainment but least vital to emotionally swing voter’s moods.

By no stretch of farfetched imagination can one expect the Congress Party governments to resolve the farmers plights particularly Opium farmers protests in Rajasthan besides waiving off farm loans or reducing prices of petrol and diesel.

Similarly, it is not easy to resolve tribal community demands in the 1,500 km long tribal belt that stretches from southern Rajasthan, Madhya Pradesh and Chhattisgarh particularly the SC/ST Prevention of Atrocities Act (POA), implementation of the Forest Rights Act (FRA), rampant unemployment and failure to provide remunerative prices for forest and agricultural produce.

Voters are no longer gullible. They are impatient. They want instant results. And, it is a Himalayan Challenge for rulers to satisfy voter’s demands.

With climate challenge there is every possibility of “Drought” likely what with the failure of winter rains. It may further result in highly adversarial confrontations what with the opposition taking to streets against the ruling regimes in the States.

Viewed in the above framework, the prospects of “Hung Lok Sabha” appears almost certain. But, “one week is too long a time in Indian politics”.

In the ultimate, the future course of the nation will depend on the sagacity of “We the People” to decide on political stability or instability paving the path for anarchy and chaos.