Ratan Sharda
Total Views |
For years so-called liberal secular narrative has been preaching Hindus to behave well as ‘tolerant’ majority and keep quiet about every affront to them or to their only land, amputated to satisfy a supremacist community.If there is something regressive or insulting to Hindu culture and religion they must gulp it down as they come from a ‘tolerant’ tradition. Secularism means agreeing to every valid /invalid demand of minorities, particularly Muslims who are actually the second biggest majority and globally third most populous in India.

Hindi films, from early ‘well meaning’secular period have typecast Hindus as narrow minded orthodox people whose priests raped women in temples while a Father of a Church, by very definition,was a kind and loving, giving shelter to abandoned Hindu children. A Muslim was a pious patriot, ready to give his life for the nation, saving distraught women. Hindus enjoyed this typecasting with a smile. It was a bearable preaching and Hindus sportingly self-flagellated themselves like Muslims do on Muharram. After all, “Desh ko ekrakhna Hindu ki jimmedari hai.” Left-dominated media further strengthened this ‘bhai chara’ of mythical ‘Ganga-Jamuni tehzeeb’ though Jamuna becomes Ganga once it merges with Ganga. I wonder if it is not ‘Ganga-Zamzam tehzeeb’ that never meet. 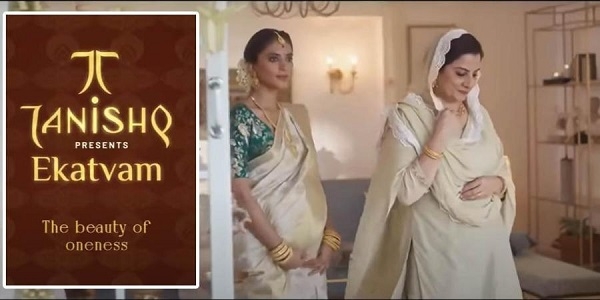 Somewhere from 1990s there was a perceptible change. Film stories became more criminal-friendly and subtly Hinduphobic. So much so, that bhajans disappeared from Hindi films. All songs were about Maula and Allah. Last good bhajan I remember is from Lagaan. Heroes in films turned secular with neutral names like Kabir. Though criminals in real life were Muslims, in films they turned Hindus. Super hits of Rohit Shetty had the villain mimicking a highly respected Hindu guru. Muslim smugglers and dons turned avenging heroes. Latest affront was Riteish Deshmukh playing presenting highly revered Vishnu’s ‘Vaamanavataar’ as villain. Even in wonderfully feel good movie ‘Bajrangi Bhaijan’ narrow minded Hindus slammed Hindu hero played by Salman Khan who tries to unite a mute child with family in Pakistan; while in Pakistan, the supposed ‘enemies’ show big heart and help him. Good natured Hindus applauded and paid crores out of their pockets to enjoy guilt-trips. If someone within art and media pointed fingers at something sinister and calculated behind it, he was hushed into silence, lest we too be called bigots.

But, slowly this trend has moved to ridiculing Hindus, their faith and their culture. ‘Ram Lila’, nothing but a gross romance, was forced to change the name though Hindus were called bigots for objecting to vilifying their revered God. There was a similar movie portraying sacred Navratri as a season of vulgar sex. To be fair, there have been some small films rooted to Indian soil and have been highly appreciated, but they play on the margins. They don’t have promoters from Dubai.

As the Left-Secular axis was pushed to margins by popular mood, they were first movers and captured the OTT platform. Left sepoys became the gate keepers who allowed either decadent content like Ekta Kapoor’s garish nonsense or blatantly anti-Hindu web series. Even army has not been spared. A series, Code-M passed some well sounding remarks but the message was that army is full of casteist supremacists, a club of well networked ‘faujis’ who can play with army rules, who scheme and kill their own brothers. A few feel good series managed to get in remaining under the radar of left, portraying the humane Indian society.I know of many non-Left good quality producers and directors whose scripts have been rejected because they have been labelled as ‘Sanghis’ for being anti-Left. There were many complaining voices but government of the day, which claims to be standing for Indian heritage and culture did not even begin work on any monitoring mechanism on like in mainstream TV and film industry.

So, far it was a battle of ideas within cultural domain. Left network was fought by the individuals, knowing that governments are clueless to the importance of culture and media in moulding young minds. But, last few days have actually worrisome. From preaching, the narrative has turned abusive to ridicule, and weaken the faith of Hindu youth. The trend that began with films, crossed over to OTT with Hinduphobic mythical content has reached corporates -corporates whose business is to sell products not ideologies. When they present an idea through an advertisement, it acquires an entirely different tone.

I was not so upset with Tanishq whose advertisement was preachy as usual towards the people who are the most tolerant, nay respectful for others. But, I am deeply disturbed by the temerity of Eros group in releasing most disgusting misogynist advertisements on the sacred festival of Navratri. What was the idea of offending the Hindus? Does one ever see any advertisement about a rapist Bishop on Christmas? Does one see an advertisement of a victim of nikahhalala on Eid? No. I fail to understand, how a superstar like Salman Khan, who worships Ganesh every year and even gets trolled for it, could demean himself by endorsing a vulgar poster against Hindu women? How could Ranveer Singh endorse vulgar language? How could a supposedly modern Katrina objectify herself to misguide Hindu youth to treat Navratri as nights for ‘fun’? This was followed by an organised SM platform to insult and objectify Gujarati women and showing the sacred days of Devi pooja as mating season. Hinduphobia at its worst. 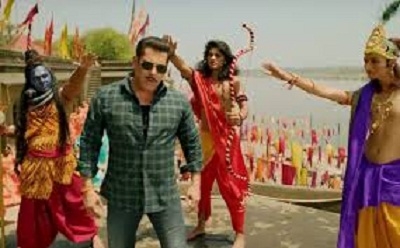 I can understand hateful Marxists and urban Naxals who have an agenda of breaking India. Or Islamists who hate Hindus who are the only major community standing between their Dar-ul-Islam and Ghazw-e-Hind dreams. But, for corporates who are supposed to be most sophisticated, civilized and secular people, what is the justification?

Now espy the connections from Shaheen Bagh where sacred symbol of Swastika was abused for no rhyme or reason, to continuous provocations on Social Media, ably supported by the secular cabal.
There are attempts at weakening the faith of Hindu youth, who are already deracinated with irreligious anti-Hindu education system.

Let me explain deeper reason for this method in madness. Left-Islamist axis is working hard at the global level to project the image of Hindus as narrow-minded bigoted querulous society that is persecuting peace0loving Muslims and Christians, despite them enjoying best possible privileges as minorities. None notices that much smaller minorities living happily in India. What was being done earlier by the Church who find harvesting souls in this ‘hell-bound’ country rather slow, despite years and years of pouring money and playing dirty tricks; is being complemented by Islamists with new found funds and international backing now. 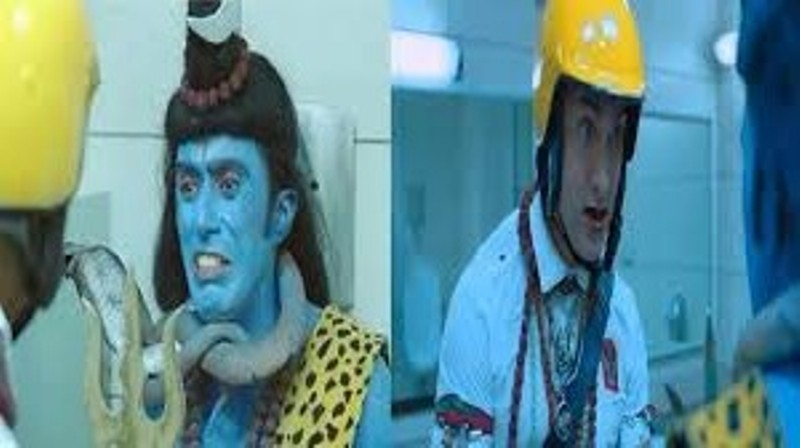 Unfortunately, this anti-Hindu story is not selling due to a contradictory behaviour of Hindus across the world in real life. Despite the best intellectual gymnastics, people in the west see Hindus as hard working, peaceful, disciplined community working hard for their own upliftment and also working for the country they live in. They create no problems at all. Even in India, world can see that despite so much of cacophony, Muslims and Christians have grown and thrived. The victimhood story is not selling well. Therefore, this hurdle to the narrative being built up for decades must be broken. Hindus must be provoked continuously so one day they do something that can make Christian-Islamist-Communist axis ‘blue murder’ against Hindus who areviolent against ‘poor scared’ minorities. Delhi riots are the latest examples. All evidence shows pre-planning by powerful local Muslim politicians but left dominated media has kept on selling it as ‘ethnic cleansing of Muslims’ internationally.

What options Hindus and other patriotic Indians have then? Remain vigilant; use their purchasing power to teach the provocateurs a lesson. Speak in strong unified voice to respond to such insult, debasement and provocation. Use law with full impact. Be so strong that no one takes you for granted. Keep exposing these bigots with logic not anger. Tell the Left, Secular gangs, enough is enough. Tell them firmly to stop preaching the most respectful and tolerant race that has given respect and space to all the persecuted communities who landed on the shores of India, try preaching to supremacists. Communicate strongly to exclusivist totalitarian religions to learn to co-exist for the sake of world peace and expose them globally.