Total Views |
New Delhi, December 27: After the confusion was being spread about BJP in the state, the ruling party has formed a 4-member committee to decide on outreach programs for the community in the state. The committee chaired by former Union Minister Shiv Pratap Shukla includes members Mahesh Sharma, Abhijat Mishra, and Ram Bhai Morakiya. 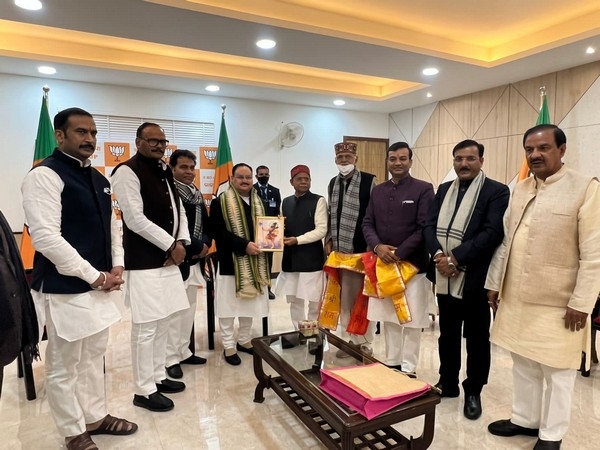 Committee head, Shiv Pratap Shukla said “Confusion is being spread among Brahmins by Samajwadi Party (SP) and Bahujan Samajwadi Party (BSP) that the BJP is neglecting their community. We will aim to take the work done by the BJP to the public and impress upon them the reality that it is the BJP which has worked for the Brahmins.”
The decision to form this committee was taken after discussions with leaders from Brahmin community in UP along with Union Minister and state in-charge Dharmendra Pradhana and BJP national president JP Nadda. He said that the committee will strive to remove misconceptions that are being spread by opposition and tell people that number of Brahmin ministers in BJP are more compared to opposition.
After meeting with Nadda, another committee member, Mahesh Sharma said the committee discussed the BJP win in previous elections. Deliberations happened on strategy for upcoming Assembly polls in the state. Sharma said, “We will form BJP government in Uttar Pradesh again and this time the result will be better than last time.”
Also Read | Police arrests Chhattisgarh CM’s father over hate speech against Brahmins; sent to judicial custody
In 2017 Assembly elections in UP, BJP bagged 312 seats out of 403-seat Uttar Pradesh Assembly, while Samajwadi Party bagged 47 seats, Bahujan Samaj Party won 19 and Congress won 7 seats.
BJP Brahmin JP Nadda Shiv Pratap Shukla outreach committee