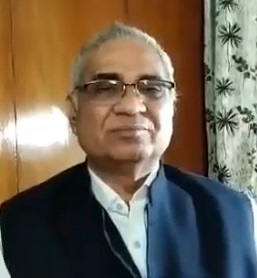 Service - Appointed as a commissioned officer in the Indian Army in 1971 and retired as a Colonel in 2008! Participated in the Sri Lankan and Kargil War. After retirement, he was appointed by Delhi High Court at the post of Special Metropolis Magistrate Class One till the age of 65 years. This post does not pay any remuneration and is considered as social service!

Independent journalism - Due to the influence of nationalist ideology from the time of college education, special attention was paid to national security! Hence after retirement, he started writing independent articles in Hindi press from 2010 in which the main focus is on national security of the country.